Online ASU history student graduates from Down Under

Devon Probol, a graduating history senior, has made an impression at Arizona State University's School of Historical, Philosophical and Religious Studies, despite being almost 8,000 miles away in Canberra, Australia. Probol will be receiving the Dean's Medal at commencement ceremonies this winter. 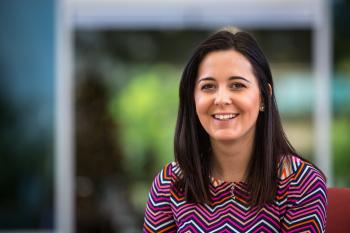 At the beginning of her journey to graduation and the Dean's Medal, Probol was "lost in translation" and unsure of what she wanted to do with her life. In an effort to discover her passion, the Toledo, Ohio native decided to enter the job market after high school and took a job with the U.S. Department of State in Australia in July 2014. There, she found what she was looking for: a passion for history and policy analysis. She decided to move forward with her passion and take online classes with ASU, while also working and teaching U.S. history to high school students at the embassy.

In order to gain the normal college experience, Probol developed friendships with other online students and took advantage of extracurriculars, such as joining honors societies, studying abroad in Romania and working with her advisors.

“I would have people reach out to me constantly and ask how things are going," Probol said. "It's nice to have people check in and say 'Just making sure you're still above water.' And I feel you don't really get that at a brick-and-mortar school, unless something is wrong. It was so nice to know that someone actually cares and is genuinely interested in how school is going for you.” 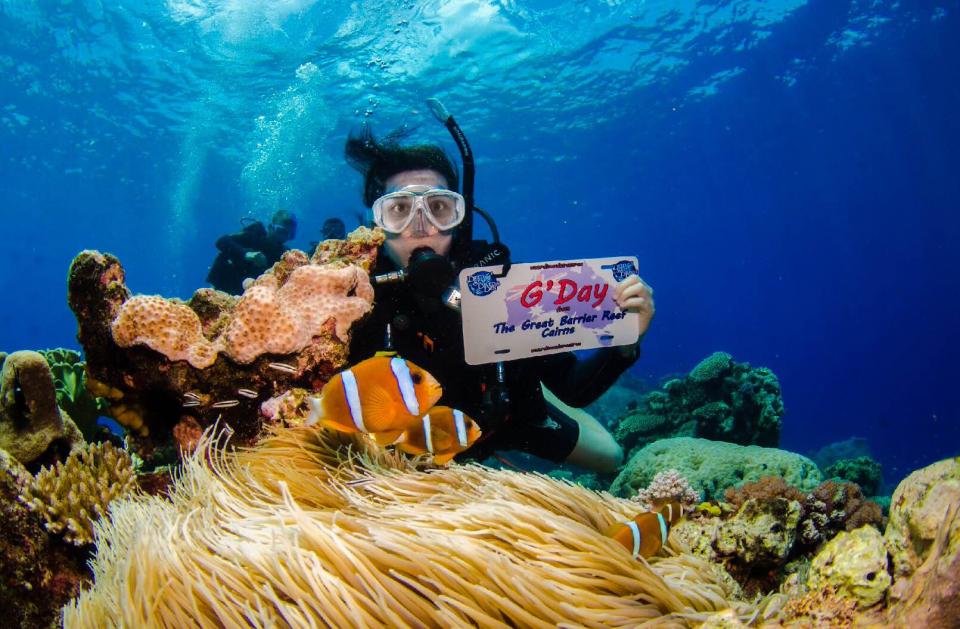 Devon Probol is an online ASU student in Australia.

With help from the program and specifically an Immigration and Ethnicity course, Probol has focused her passion and is pursuing it.

"I really want to focus on national security policy on immigration because it's a huge security risk," Probol said. "Even more so, climate change refugees, which people don't even consider. They don't fall under certain laws because climate change refugees are not an issue and we don't undertsand the implications of that yet. Learning about the historical implications of the situation and not reforming it really changed my persective and gave me passion."

Probol answered a few questions about her online ASU education.

Answer:  When I took Dr. Van Cleave's Immigration and Ethnicity class. I knew I loved history and I enjoyed learning about it, but when I took that class, it changed what I wanted to do. Now, I am pursuing topics regarding immigration reform. Although immigration reform as a whole is important, I want to specifically understand how climate change affects migration patterns and the concerns surrounding climate change refugees.

Q. What’s something you learned while at ASU — in the classroom or otherwise — that surprised you, that changed your perspective?

A. I took a course called American Religious Traditions that discussed the concept of pluralism, and how significant change could be made through inclusive rather than exclusive approaches. While in this particular class we were discussing the application simply to theology, I realized how effective this concept could be if applied in other aspects of life. I began finding additional merit in others through embracing their differences, rather than seeing them as a juxtaposition. It really aided in furthering my leadership skills and helping me to understand those around me a little more.

Q. Why did you choose ASU?

A. I chose ASU because I wanted to attend a highly reputable university that would add further credit to my resume. While I had already landed the dream job, I also wanted to pursue my personal goal of attaining a degree. ASU allowed me to do both without having to forsake one dream at the expense of another.

Q. What’s the best piece of advice you’d give to those still in school?

A. Make an effort to develop relationships with your professors — they want to see you succeed, and are willing to help you the greater majority of the time. Take advantage of the great minds you have around you while you can.

Q. What was your favorite spot on campus, whether for studying, meeting friends or just thinking about life?

A. Due to my non-traditional learning experience, I was never afforded the opportunity to choose a favorite spot on campus. However, I would often venture to the National Library of Australia that overlooked Lake Burley Griffin while living in Canberra. I spent many hours there studying and reflecting on life.

Q. What are your plans after graduation?

A. Although I loved my job working for the Department of State, I decided to take some time away to pursue other endeavors - such as gaining experience in the private sector. I intend to eventually continue my education, whether that be earning a Master's in Public Policy/Administration or attending law school.

Q. If someone gave you $40 million to solve one problem on our planet, what would you tackle?

A. That's a tough one ... largely because there are so many issues that need to be addressed in our world. I would probably tackle immigration reform.

Taking off on a career in aviation

Editor’s note: This is part of a series of profiles for fall 2016 commencement. See more graduates here.Joshua Grzywa used to jump out of planes as part of his work during his 15 years in the U.S. Army Infantry. Now he flies them. One conversation with an ASU Professional Flight program student at an aviation fair changed his relationship with flight. From that moment he was excited to learn h...

Taking off on a career in aviation

Joshua Grzywa used to jump out of planes as part of his work during his 15 years in the U.S. Army Infantry. Now he flies them. One conversation with an ASU Professional Flight program student at an aviation fair changed his relationship with flight. From that moment he was excited to learn how to fly. 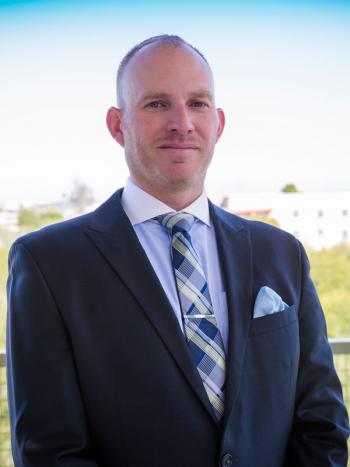 It hasn’t always been an easy journey, but rising to the challenge has been a rewarding experience.

“Balancing heavy course loads with flight training on a regular basis is taxing to every student within the program,” Grzywa says. “Committing upwards of 12 to 15 hours per week to flight training in addition to normal class loads is not out of the norm — however, I can’t imagine anyone would trade the hours spent flying around the southwestern United States for labs or lectures.”

He credits aviation senior lecturer and chief ground instructor Marc O’Brien for getting him off the ground as a flight student.

“Aviation is not always intuitive, and without a true understanding it can be difficult to progress,” Grzywa said. “He always found ways to ensure the students understood so much ‘foreign’ material.”

Grzywa was chosen as the Outstanding Undergraduate for the Professional Flight program for his academic standing and involvement in student and community activities.

Question: Why did you choose to come to ASU?

Answer: Attending ASU was a natural transition from my work as a Reserve Officer Training Corps instructor with the Army ROTC program here at ASU. I spent four years working with cadets as their prepared to become officers and lead the soldiers of our future Armed Forces. Once I was notified that I was going to be medically retired due to back injuries, my boss insisted that I started taking classes and overnight I became both an instructor and a student.

Q: Was there a particular “aha!” moment when you knew you were on the right path?

A: I was flying my first solo cross country flight where we are required to fly a certain distance with all flight planning and navigation done on our own. I had around 30 hours of training at this point and was just getting to cruise altitude between Marana Airport and Gila Bend. There isn’t much between those two airports other than a mine and a lot of open desert. I remember thinking that I was doing this on my own; I felt like an actual pilot and was filled with more excitement than I could remember in a long time.

Q: What are your plans after graduation? How do you see your future?

A: I am beginning my master’s in safety and human factors with the Aviation department. I will also continue to flight instruct as I build up my hours and experience. This is an exciting time to enter into the aviation industry. The demand for pilots has never been higher and as someone who would never do well in an office, I am excited that my career will take me around the country and around the world.

Q: What’s one thing unrelated to engineering that you are good at?

A: During my time at ASU, I was compelled to assist my fellow veterans following a slew of suicides by members of my former unit. With the help of my wife and a couple friends, I founded a veterans’ nonprofit called Deep Sea Valkyries. Our mission is to enhance the lives of veterans through the treatment of PTSD while introducing them to healthy recreational marine-based activities. Focusing on a holistic approach to healing, participants conduct group counseling sessions coupled with guided sea adventures and daily spiritual devotions. In July 2016, we had our maiden voyage where 20 veterans from across the country came together in the Bahamas for a week-long retreat filled with scuba diving, snorkeling, exploring remote islands and healing through group sessions. Next summer we will host two retreats and more than 40 veterans will experience much of the same. These retreats are free for the participants as each retreat is funded through private and corporate donations. This is perhaps my biggest hidden talent, seeing a social problem and being able to find a solution that, while out of the norm, is effective and long lasting.