The Humanities, Arts, Science, and Technology Alliance and Collaboratory (HASTAC) has announced Arizona State University as its partner institution after a competitive, nationwide search. HASTAC is a leading organization in the pursuit of innovative modes of research and education, with over 15,000 members and 400 affiliated organizations around the world.

“HASTAC is one of the premier international organizations for the Digital Humanities and Web literacy,” explained George Justice, ASU dean of humanities, “it also embodies many of our design aspirations as well as ASU's Charter.” 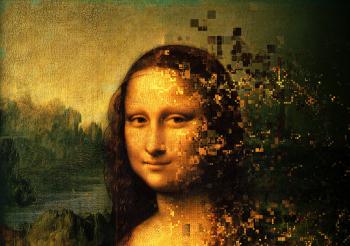 The Nexus Lab, a project of ASU’s Institute for Humanities Research, is aimed at growing the digital humanities alongside interdisciplinary collaborations among the humanities, science, and technology.

Davidson explained that ASU was chosen from a highly competitive pool because, “ASU's proposal was a model of vision, practicality, and innovation with an emphasis too on access, inclusion, and diversity.” She added that “this should come as no surprise … ASU has distinguished itself as one of the most forward-looking universities in the United States.”

In tandem with CUNY leadership, Wernimont will now oversee and further develop HASTAC’s significant sources of data, research, technology, and social networking expertise, as well as its cutting-edge website. HASTAC is considered the world’s first and oldest academic social network, and serves as a virtual commons for everything from creative collaboration opportunities to the latest news on pioneering educational technology. Wernimont feels “deeply honored” to be working with Cathy Davidson and the HASTAC community, explaining that “this partnership allows CUNY and ASU to work together to continue transforming higher education and research such that it is inclusive, of public value, and assumes responsibility for the care of our communities.”

The Humanities, Arts, Science, and Technology Alliance and Collaboratory is a leading organization in the pursuit of innovative modes of research and education.

Wernimont joins the ranks of over sixty internationally-known leaders who have guided HASTAC since its inception in 2002. In addition to directing the Nexus Lab, she also teaches as an assistant professor of English, directs ASU’s new Digital Humanities Graduate Certificate, and is the founding co-director for the Human Security Collaboratory. In her ten years of professional experience she has become a nationally recognized leader in digital archives, feminist digital media, histories of quantification, and technologies of commemoration.

Wernimont will co-direct HASTAC through the Nexus Lab, a project of ASU’s Institute for Humanities Research aimed at growing the digital humanities alongside interdisciplinary collaborations among the humanities, science, and technology. In the three years since its inception, the lab has grown to become one of the leading centers for innovative modes of research at ASU. Such work is key to addressing the mounting “wicked problems” faced by humanity.

“The grand challenges that the world faces today, including issues related to water, energy, security and food, cannot be solved by just one discipline,” said Sethuraman Panchanathan, executive vice president of Knowledge Enterprise Development and chief research and innovation officer at ASU. “Researchers from across disciplines have to work together to find comprehensive and sustainable solutions for these challenges. ASU is one of world’s leading universities in driving innovative, interdisciplinary research and discoveries. The partnership with HASTAC will help us have a wider, more transformational impact.”

Despite a wild and unpredictable campaign season, three top economists predict a stable — and potentially positive — economic outlook for 2017 under Donald Trump, who will be sworn in as president in January.Unemployment and inflation will likely remain stable, and any policy changes wouldn't have big effects until 2018, according to experts at the annual Economic Forecast Luncheon on Monday, ... Despite a wild and unpredictable campaign season, three top economists predict a stable — and potentially positive — economic outlook for 2017 under Donald Trump, who will be sworn in as president in January.

Unemployment and inflation will likely remain stable, and any policy changes wouldn't have big effects until 2018, according to experts at the annual Economic Forecast Luncheon on Monday, sponsored by the W. P Carey School of Business at Arizona State University and JPMorgan Chase and Co.

James Bullard, president and CEO of the Federal Reserve Bank of St. Louis, predicted that the most immediate economic changes could be seen with Trump’s promises to deregulate businesses, spend billions on infrastructure and reform taxes.

“If you think there’s been over-regulation of unwarranted regulations, you could see improvements in productivity, but regulation is a vast area that covers many different aspects of how businesses operate,” he said to the 700 people who attended the 53rd annual luncheon in Phoenix.

“The U.S. growthThe U.S. economy is growing at about 2 percent – a figure that Bullard predicts will hold for 2017. rate is low, but it could be influenced by those policy changes.”

But Bullard said that changes in trade agreements or immigration policy would likely take much longer to have an effect on the American economy.

He also said he was not concerned about remarks Trump made during the campaign that called into question the credibility of the U.S. Federal Reserve, which sets monetary policy.

“Trump’s transition team has said they’ll respect the Fed, and I take them at their word that ultimately they will endorse the current Fed structure and that we’ll be able to continue to deliver good monetary policy under a new administration,” he said.

Another economic expert predicted that if Trump decreases the corporate tax rate, as he’s promised, it could drastically increase profits — though not right away. Anthony Chan, the chief economist for JP Morgan Chase and Co., said the current corporate tax rate is 35 percent — although the average rate that corporations actually pay is closer to 27 percent.

“If the corporate tax rate is lowered to 15 percent, it has the potential to boost corporate profits by 19 to 20 percent,” he said. “But I’ll be the first to tell you that it won’t happen in 2017.”

Chan also said that Trump’s plan to allow corporations to repatriate profits made abroad could potentially raise $160 billion in revenues, which could pay for his infrastructure plan.

“As investors it’s not our job to say ‘this is good or this is bad.’ It’s our job to set our portfolios to benefit from these things,” he said. 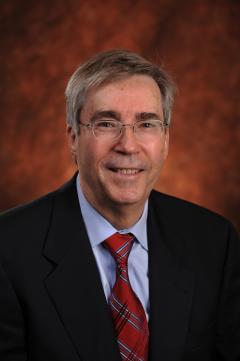 Lee McPheters predicts more jobs for Arizona next year, but he worries about long-term indicators.

The outlook in Arizona is positive for next year — with some ominous long-term economic issues, according to Lee McPheters, research professor of economics in the W. P. Carey School of Business and director of the school's JPMorgan Chase Economic Outlook Center, which specializes in economic forecasts for Arizona and the Western states.

McPhetersMcPheters is editor of the Arizona Blue Chip Economic Forecast and the Western Blue Chip Economic Forecast newsletters, published monthly by the center. showed that of five economic indicator forecasts he made a year ago, three were better than predicted. There were 76,000 new jobs, compared with 68,000 predicted. The employment increase was more than expected — 2.9 percent increase in jobs compared with 2.6 percent predicted. And the unemployment rate was better than forecast — 5.2 percent compared with 5.8 percent.

“If you look at Arizona’s numbers, we’re pretty certain as we wrap up 2016, we will definitely be in the top 10, and maybe the top 5, nationally for private job creation, and we expect that to continue in 2017,” he said.

Even with the positive projections, Arizona is below the national average in other measures of economic prosperity. The state ranks 42nd in per-capita income and 45th in poverty. The state also ranks last in per-student funding for universities.

“We need to look at policies that propel Arizona to look more like Colorado or our neighbors who have made the transition to using technology to increase income,” he said.

Top photo: James Bullard, president and CEO of the Federal Reserve Bank of St. Louis, predicted that the most immediate economic changes could be seen with Trump’s promises to deregulate businesses, spend billions on infrastructure and reform taxes. He spoke at the Economic Forecast Luncheon on Monday, sponsored by the W. P Carey School of Business at Arizona State University and JPMorgan Chase and Co. Photo by Charlie Leight/ASU Now.