From seeking answers to heart failure in the gut to digital storytelling for caregivers, pushing the frontiers of medical research can have a profound impact on treatment and prevention. But getting funding for novel research ideas can be challenging. Arizona State University and Mayo Clinic are addressing this challenge.

For 13 years the Mayo-ASU seed grant program has funded — or seeded — promising new research collaborations between ASU and Mayo Clinic researchers aimed at improving patient care. A seed grant is like startup funding for research — the intent is to launch novel research on a small scale to attract the funding needed for a larger study. 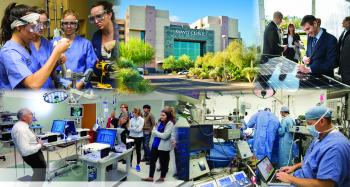 “Research drives everything we do for patients. We are pleased to be able to continue the long-standing tradition of these seed grant awards so Mayo Clinic and ASU researchers and physician-scientists can work side by side to transform scientific discoveries into breakthrough therapies and critical advances in patient care,” said Hugo Vargas, MD, medical director of Mayo Clinic’s Office of Clinical Research in Arizona.

Two years ago, Visar Berisha was a seed grant recipient for his work related to speech changes and migraine onset. The grant enabled Berisha, an assistant professor in ASU’s School of Electrical, Computer and Energy Engineering and the Department of Speech and Hearing Science, to lay the foundation for his research and apply for additional funding. This year he and collaborator Todd Schwedt, MD, a neurologist at Mayo Clinic, are recipients of a $100,000 competitive research acceleration grant from the Mayo Clinic’s Robert D. and Patricia E. Kern Center for the Science of Health Care Delivery to develop a mobile application to predict migraine onset using speech patterns.

This year, eight research teams have been selected for funding in the 2017 Mayo-ASU seed grant program. The projects will draw on the strengths of each institution.

“This year’s Mayo-ASU Seed awardees represent some of the strongest collaborative work being done by the most promising teams across the two institutions,” said Cheryl Conrad, assistant vice president of research development at ASU Knowledge Enterprise Development. “We are pleased to support their efforts as they work to mature their ideas and expand the depth and breadth of research activities in Arizona.”

ASU and Mayo Clinic have recently announced a new partnership building on more than a decade of collaboration, which includes the seed grant program. The Mayo Clinic and Arizona State University Alliance for Health Care creates a comprehensive new model for health care education and research with the goal to innovate health care delivery to improve patient care, accelerate cutting-edge research discoveries, and transform medical education. As part of the alliance, ASU’s new Health Solutions Innovation Center will break ground next year and will be located next to Mayo Clinic in northeast Phoenix

The 2017 seed grant projects and lead investigators are as follows:

Learn more about past seed grant recipients and about the Mayo Clinic and Arizona State University  Alliance for Health Care. If you are an ASU researcher, sign up to receive notifications about funding opportunities.

Two years ago, Arizona State University students produced a statewide documentary on the perils of heroin that was watched live by 1 million viewers and won numerous honors, including the region’s top Emmy and a national Alfred I. duPont-Columbia University Award.As a follow-up to their award-winning investigation, ASU students at the Walter Cronkite School of Journalism and Mass Communication a...

Two years ago, Arizona State University students produced a statewide documentary on the perils of heroin that was watched live by 1 million viewers and won numerous honors, including the region’s top Emmy and a national Alfred I. duPont-Columbia University Award.

As a follow-up to their award-winning investigation, ASU students at the Walter Cronkite School of Journalism and Mass Communication are creating a special report on the alarming rise in prescription opioid abuse, which will air on every broadcast TV station and most radio outlets across Arizona in English and Spanish on Jan. 10. 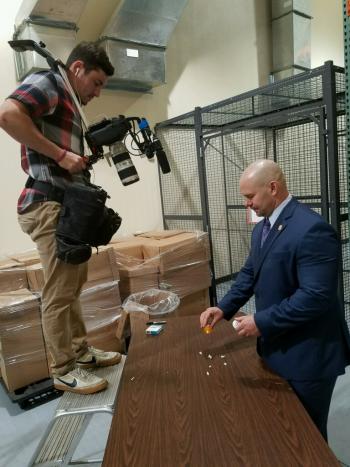 More than 100 students under the guidance of over a dozen faculty members are working on “Hooked Rx: From Prescription to Addiction,” a 30-minute commercial-free investigative report airing on 30 broadcast TV stations in Phoenix, Tucson and Yuma and 97 of the state’s radio stations. The air time will be at 6:30 p.m. on most stations.

Cronkite News, the student-produced news division of Arizona PBS, in conjunction with the Arizona Broadcasters Association (ABA) is producing the documentary. The video of “Hooked Rx” and a series of multimedia stories will be available the evening of the showing at hookedrx.com.

“Through the first ‘Hooked,’ we learned that the heroin crisis is the result of the abuse of prescription pain medications,” said Christopher Callahan, Cronkite School dean and Arizona PBS CEO. “This is a state and national health issue that has reached epidemic proportions.”

“The No. 1 reason for this documentary is obvious,” said Art Brooks, ABA president. “We’re trying to save and change lives. We really hope this report starts conversations within families and communities about the depth of this crisis.”

During and after the telecast, the ABA will sponsor a call center for viewers seeking counseling on prescription opioid and heroin addiction. A 100-phone center with trained counselors will be set up in the studios of Arizona PBS on the sixth floor of the Cronkite School on ASU’s Downtown Phoenix campus.

Callahan said the Cronkite School is devoting a significant amount of its resources to “Hooked Rx,” which started production in August on broadcast, digital and new media content under the leadership of Cronkite News Executive Editor Kevin Dale. Cronkite Professor of Practice Jacquee Petchel, a Pulitzer Prize-winning investigative journalist is spearheading the production of the documentary. 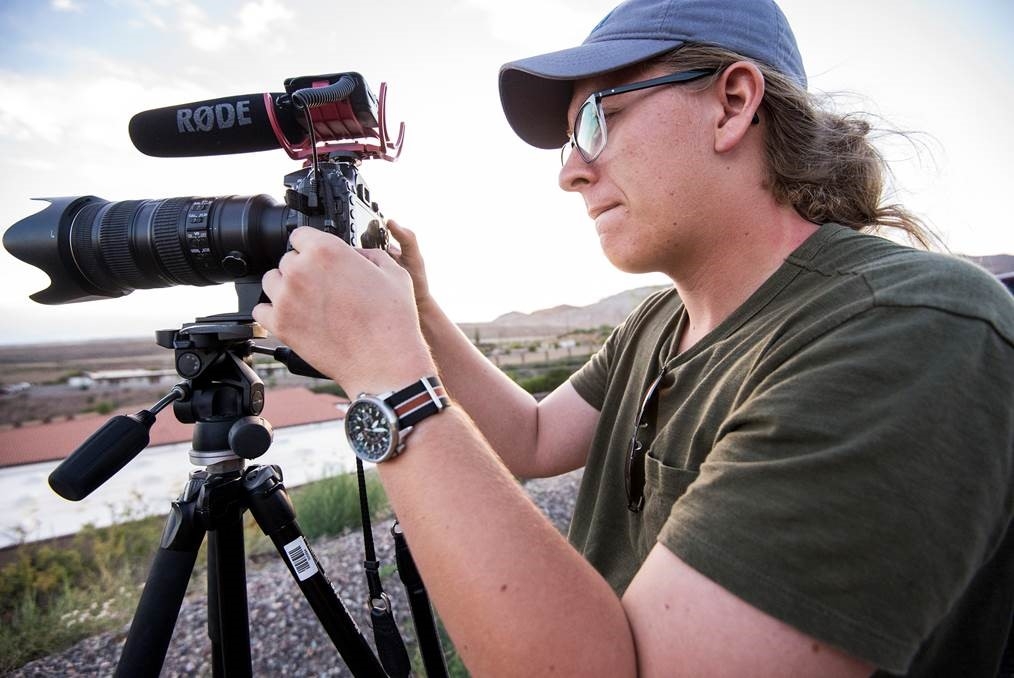 Jamie Dutton, who was interviewed by Cronkite students for "Hooked Rx," shows the death certificate of her mother, Julia Barnett, who overdosed on a combination of drugs, including prescription opiates. 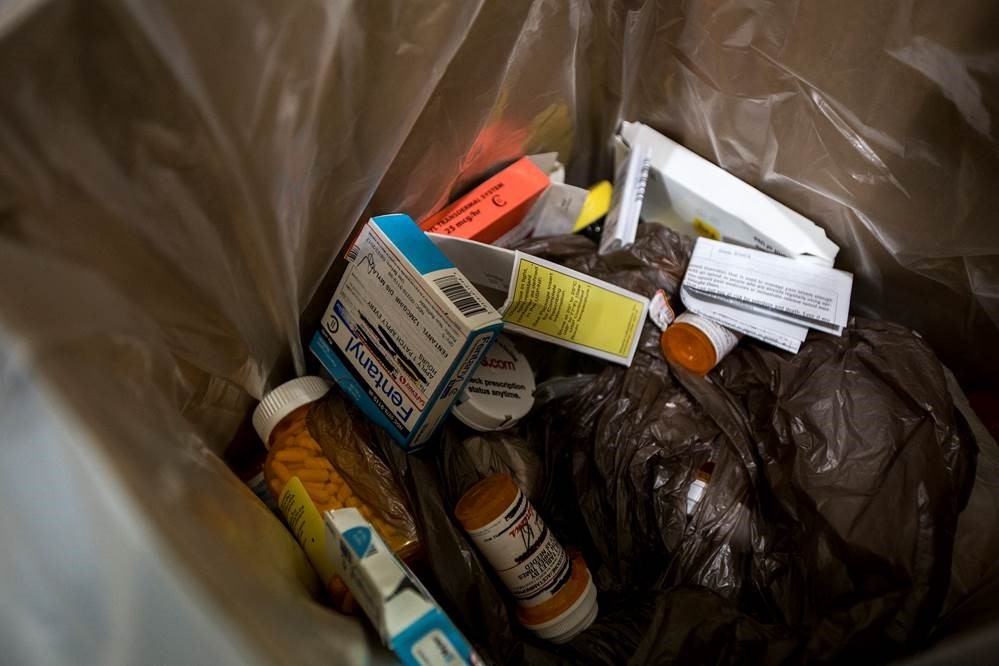 Prescription drugs that were dropped off by citizens during a drug take back day are shown in a package at a DEA warehouse.

“You, your family, your loved ones, your children, your grandchildren, even your grandparents are all susceptible to this kind of addiction,” Petchel said. “We are seeing addicts who are as young as 13 and others in their 40s or 50s whose addiction starts with some kind of injury or pain problem. This is clearly a life and death situation.”

Cronkite News students also are producing more than a dozen digital stories from across the state under the direction of Dale, Southwest Borderlands Initiative Professor Angela Kocherga, who co-leads Cronkite News Borderlands, Christina Leonard, director of the Reynolds Business Reporting Bureau at Cronkite News, and Petchel.

Another Pulitzer winner, Knight Chair Steve Doig, is leading a team of students who are analyzing Arizona emergency department data on overdoses, as well as census demographics to pinpoint the patterns and hot spots of prescription drug abuse.

Students are building a special website for the content under the guidance of Rebecca Blatt, director of the Cronkite News Digital Production Bureau. Ethics and Excellence professor of practice Jessica Pucci is working with students to develop a social media campaign for the project.

The Cronkite New Media Innovation and Entrepreneurship Lab, directed by Retha Hill, former vice president of Black Entertainment Television and a digital media pioneer, and her students are creating 360-degree videos on the story of a recovering addict and another on the areas where teenagers might hide drugs in their rooms.

In the Cronkite Public Relations Lab, students are working with Cronkite School professor of practice Mark Hass and faculty associates Sonia Bovio and Maddie Liseblad on a campaign to build awareness about opioid abuse. The PR Lab is partnering with the Arizona Governor’s Office of Youth, Faith and Family, which aims to create a brighter future for youth and families in Arizona. Students in the PR Lab also are utilizing Thunderclap, an online “crowd-speaking” platform to rally individuals around the issue.

The Cronkite Public Insight Network Bureau, led by professor of practice Theresa Poulson, is deploying its network to locate sources not previously tapped by journalists.

In all, Petchel said students have traveled across the state, talking with more than 100 Arizonans. “Our students are producing real-time journalism that stretches them beyond their comfort zone,” she said. “They are bringing a fresh perspective to a very important story.”

Cronkite senior Sean Logan, who serves as chief videographer and director for “Hooked Rx,” recently interviewed Arizona Gov. Doug Ducey for the documentary. Logan said it has been humbling and heartbreaking to hear how prescription drug abuse has taken its toll on individuals and families across the state.

“There needs to be more awareness about the prescription opioid epidemic in our state,” Logan said. “I wish the public could sit in on the full interviews because it shows how big of a problem this actually is and how it affects so much of our population.”

Logan was one of more than 70 students who worked on the groundbreaking “Hooked” documentary in fall 2014. Since airing, it has received numerous awards, including a duPont Award, which marked the first time a student project has won the award and just the third time in the then 74-year history of the contest that a Phoenix-based news operation has received the honor.

“Hooked” also received a prestigious Sigma Delta Chi Award from the Society of Professional Journalists and two of the region’s top professional honors at the Rocky Mountain Emmy Awards: an Emmy in the category of “Societal Concerns – Program/Special” and the Governors’ Award. It also took first place in video storytelling at the Arizona Press Club Awards.

Recently, “Hooked” won the National Association of Broadcasters Education Foundation’s President’s Special Award, a top honor from the NAB. The NAB also announced in September that it was launching a nationwide campaign to combat heroin and opioid addiction, in part as a result of the first “Hooked” documentary.

“We’re still getting calls and emails about the first ‘Hooked,’” said Brooks, who attended the NAB announcement in Washington, D.C. “They say it saved their son or daughter. It’s great to see that it’s still making an impact. We encourage Arizonans to once again tune in to watch ‘Hooked Rx.’”

The TV stations committed to the simulcast include: