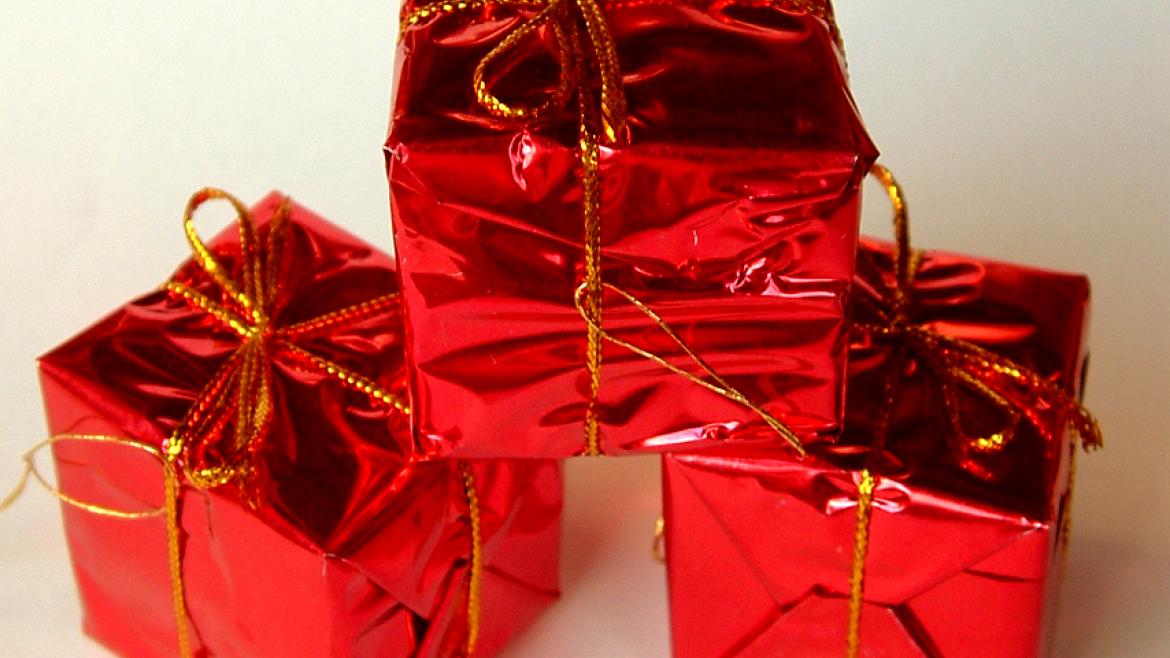 ASU researcher finds that different labels work better in specific situations.
Shoppers say: Limited edition for me, best-seller for you, according to study.
November 22, 2016

Marketing study discovers, however, that online shoppers are more likely to buy 'limited-edition' items for themselves

Online retailers have an opportunity to persuade hesitant shoppers to click “buy” this holiday season, according to new research by an Arizona State University marketing professor.

It’s all in the labeling.

A study by Christopher Lee, a clinical assistant professor in the W. P. Carey School of Business at ASU, discovered that online shoppers are more likely to purchase an item as a gift if it’s labeled a “best-seller.”

However, people are more likely to buy something for themselves if it’s branded “limited edition,” according to the project, published in the Journal of Retailing at New York University.

“It’s the idea where in any gift-buying scenario, we’re nervous if they’ll like it and whether it’s a good product,” Lee said. “The idea that ‘this is a best-seller’ would help ease that uncomfortable feeling.

“But when we’re buying for ourselves, we’re driven by two things — a need to be unique, but also a need to belong. So when a product is labeled ‘limited edition,’ we’re more persuaded by that for ourselves,” he said.

Lee researches framing — how the subtle use of words can change perceptions.

“If I describe an arena as ‘half full’ or ‘half empty’ and ask people to predict attendance, how close the game is or other information, it turns out that switching those two words influences perception,” he said. 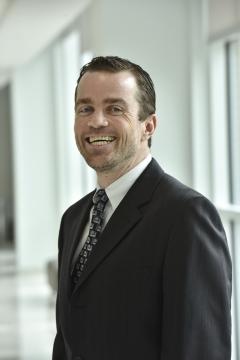 So to dig deeper, they created four online surveys and polled hundreds of people around the country about how likely they were to buy different products, such as a coffee mug, a bobble-head figurine or wine for themselves or someone else. Then the researcher changed the description to be either “best-seller” or “limited edition,” and they measured the differences.

“The idea held that if I’m buying for someone else, I’d rather have a best-seller than something unique,” he said.

However, Lee and Wu also found that price can negate the effect. Later studies included the price on the bottle of wine.

“The pricing itself can enhance or detract from this effect working. If you have an expensive item and you’re trying to convince people it’s a best-seller, that’s a tough sell.”

“If you know the recipient of the gift really well, it is similar to buying for yourself, in which case the ‘best-seller for others’ effect goes away,” he said.

The researchers said that online retailers should use the “best-seller” label ethically — on the items that actually are the most popular, as indicated by an automatic sorter — rather than applying it arbitrarily for marketing purposes.

Lee said that some online giants such as Amazon and Gifts.com are proficient in this strategy, tagging their best-selling items, while other retailers stick with simple branding like “gifts for him.”

“They’re missing an opportunity to persuade people,” he said.

How would we construct our wireless communications systems if we could start from scratch?

Decades of discovery in wireless communication have transformed society, but the journey has left us with wireless systems that are much too rigid and fragile. 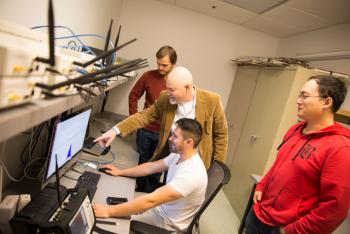 “The current state of wireless communications is absolutely amazing, but also something of a mess,” said associate professor of electrical engineering Daniel Bliss.

But Bliss isn’t being critical without being proactive — and bold — in advancing research that aims to usher in a revolution for wireless communications.

His efforts are supported in part by a $2.1 million two-year grant from Google’s Advanced Technology and Projects group.

Google ATAP specializes in delivering results through high-risk, high-impact programs. Utilizing a model derived from the Defense Advanced Research Projects Agency (DARPA), each project operates on a strict two-year timeline and brings together teams of researchers from multiple institutions.

The team includes professor Chaitali Chakrabarti and assistant professor Umit Ogras, both faculty members along with Bliss in the School of Electrical, Computer and Energy Engineering, one of the Ira A. Fulton Schools of Engineering, as well as collaborators at Google, Cornell University, the University of Southern California, Stanford University and more.

Explaining the current problem, Bliss said, “Our communications standards are the result of local engineering optimizations that have over time led to a relatively small set of suboptimal wireless standards when applied to any problem outside of the scope for which they were specifically designed.”

As the Internet of Things develops, and as users increasingly desire greater access, reliability, data rates and communications diversity, we can expect more kinds of wireless communications to further complicate these overburdened systems.

Society is experiencing increasing diversity in wireless needs and consumption, while simultaneously facing questions about how much energy is available.

Though the specifics of his research efforts are protected by proprietary agreements, Bliss’ approach has the potential to reduce wasted power in accordance with a user’s data rate.

“Our wireless systems are confronted with both hardware and protocol design problems, and addressing these problems is essential for managing society’s increasingly diverse communication needs,” Bliss summarized.

He points out a common and growing problem that our wireless devices continuously waste a large quantity of power. For example, Wi-Fi access points needlessly consume significant power even when not being accessed by users.

“Our wireless systems wait for people to use them, but in the waiting period they are just burning power,” said Bliss.

A solution lies in improving the protocol and hardware simultaneously.

“If everyone had a wake-up protocol built into their home router that turned off the wireless consumption when inactive, we would save significant amounts of power right away,” said Bliss.

“Research in improving our wireless systems can address a number of important social and practical issues,” he said.

For example, affluent high-density wireless users are well served by current LTE protocols, but much of the world’s population is not. Bliss’ research poses a solution that could dramatically improve the wireless connectivity for this underserved population, resulting in larger access to information and greater opportunity.

“This research is relevant to everyone who uses wireless technology,” said Bliss, adding that Google is interested in funding this research because of its continued emphasis on improving access to wireless information. It is also relevant to companies that design wireless devices like home networks, smart refrigerators and anyone bringing about the Internet of Things.

“As wireless technology makes more and more contact with everything we do, having wireless systems that improve our quality of life and serve all of us well will become increasingly important,” said Bliss.