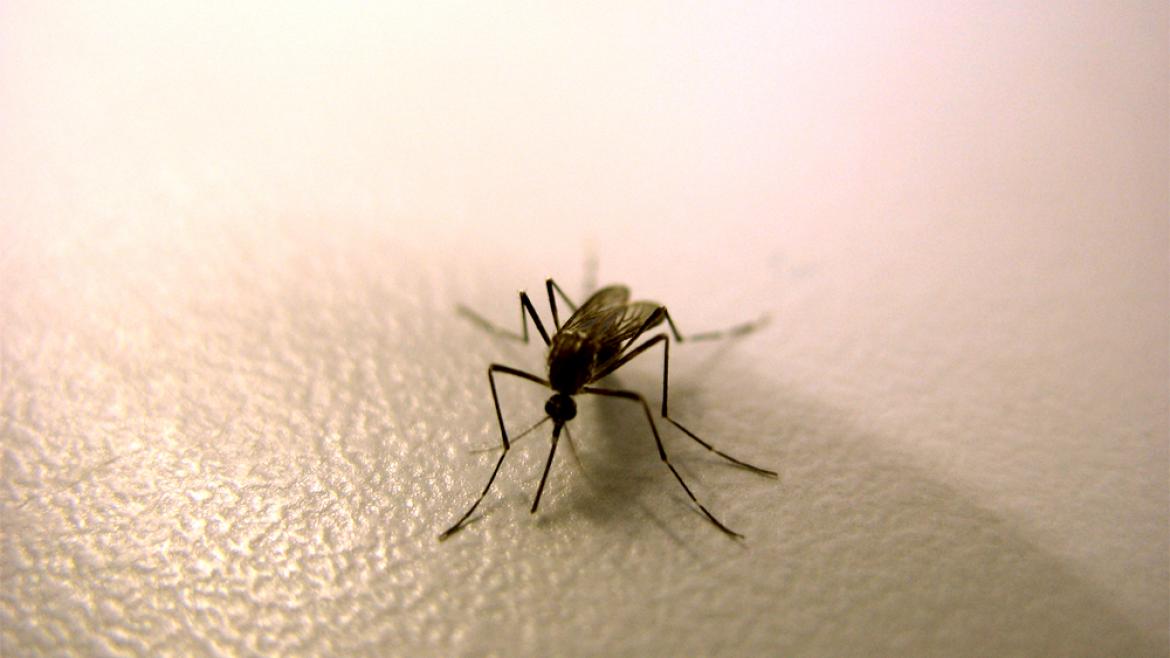 An ASU researcher has helped hit on a new reason to fight infectious diseases: Reducing their prevalence can be linked to an increase in gender equality.

Arizona State University psychology professor Michael Varnum, along with his partner Igor Grossmann from the University of Waterloo in Ontario, Canada, have produced a study that suggests that “vaccinations, free health care, public sanitation and water treatment might increase equality between the sexes around the globe,” according to a release from the journal Nature Human Behavior, which published their work Monday.

The authors, the release said, made sure to note that their analysis doesn’t prove causality. But it shows that over several decades “when levels of infectious disease are low, people are more likely to adopt slower life history strategies. For women, this might mean delaying reproduction in favor of pursuing education and careers,” the study states.

Varnum discusses his research in a Q&A with ASU Now.

Question: Can you describe your research?

Q: This certainly sounds interesting, connecting infectious diseases to gender equality. Is it groundbreaking? Or does it confirm something we previously suspected?

A: Although previous work had shown that variations across countries in gender equality are linked to level of disease, this project was the first to test the relationship over time. So although there was some reason to suspect such links, this was the first time anyone tested them as a way to understand cultural change.

Q: What led you to examine this link?

A: We'd previously published a study looking at what factors were responsible for shifts in individualism in the U.S., where we also looked at a number of ecological predictors. We felt that this kind of framework could provide new insight into understanding changes in gender equality, which has also been especially marked over the past several decades.

Q: Did you find what you expected to find? Or was it surprising?

A: What we found was pretty consistent with expectations; however, we were somewhat surprised by just how strong the relationship was.

Q: What does this finding mean? Do you think it will affect policy or create any changes in how nations, charities or NGOs operate? What might change because of this research?

A: I think this work has a number of rather interesting implications. From an academic standpoint, I think it offers a new vantage point to understand gender inequality.

For a more applied standpoint, I think this work has the fairly radical implication that efforts aimed at improving public health (be it through sanitation, providing clean water, vaccinations or mosquito control) might be a surprisingly effective means of fostering gender equality.

So I think this work highlights how such efforts have social benefits beyond their immediate impacts on people's health.

A: We are currently using an ecological framework to try to understand the causes of other kinds of cultural shifts, including fluctuations in aggression and violent crime.

We are also open to collaborating with NGOs, government agencies and other stakeholders who might find our research useful in their own efforts to enhance equality or to understand how and why cultures change.

Environmental Health and Safety held its Fall Compliance Officer luncheon in the Old Main Carson Ballroom on Monday.Three Arizona State University professors were awarded EH&S’ Award for Excellence, and Arizona Board of Regents President Eileen Klein was the keynote speaker.Klein thanked the attending compliance officers for their service.“Thank you again for what you do and for your commi...

Three Arizona State University professors were awarded EH&S’ Award for Excellence, and Arizona Board of Regents President Eileen Klein was the keynote speaker. 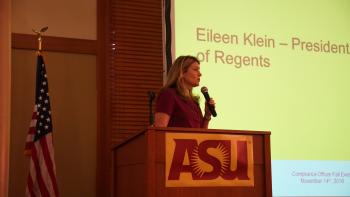 Klein thanked the attending compliance officers for their service.

“What I’m amazed at, looking at this group, is really how well we work together,” Luoma said. “You guys getting together talking about best practices, working with EH&S to implement those best practices is critical to our success as a university.”

The luncheon earned a Green Event Gold designation and was a Zero Waste event. EH&S and the Compliance Officer program also gave updates.