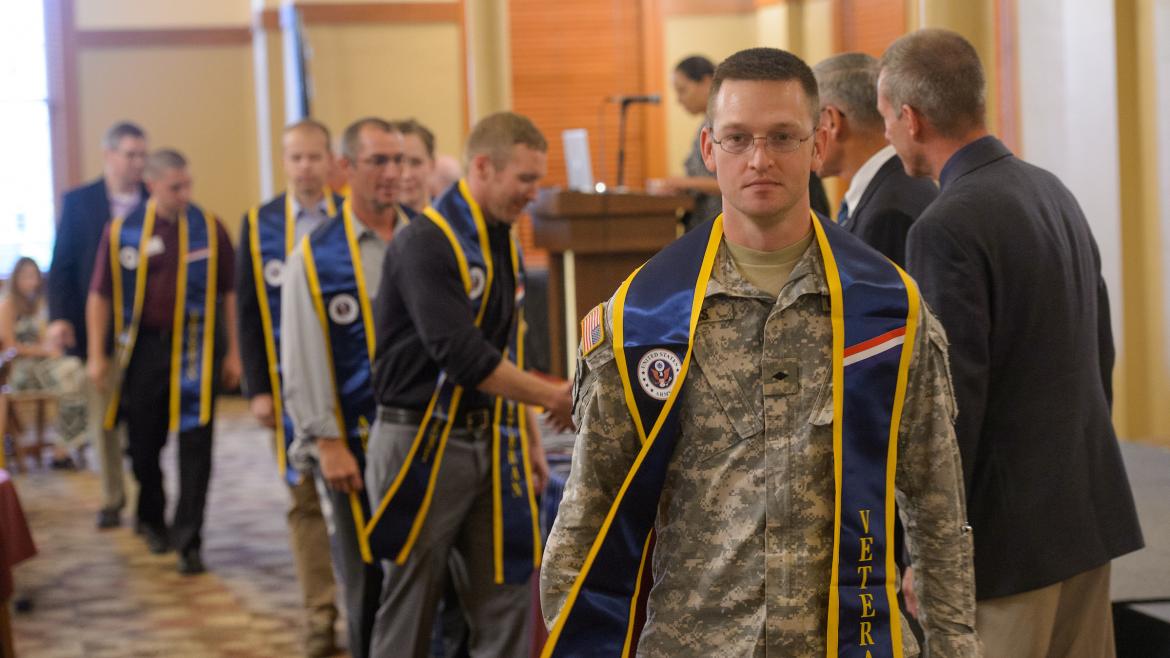 Arizona State University has forged a reputation as one of the nation’s most military-friendly schools thanks to programs aimed primarily at veterans who have left the service.

And this year, ASU has scored a spot among the top 100 four-year schools for active-duty students, as well.

The Military Times, a publication for active-duty military members and their families, released its annual rankings today.

The “Best for Vets” colleges survey asks colleges and universities to document services, special rules, accommodations and financial incentives offered to students with military ties; and to describe many aspects of veteran culture on a campus.

The 500 institutions which participated were evaluated in several categories, with university culture and academic outcomes bearing the most weight.

The Pat Tillman Veterans Center is the heart of ASU’s military student efforts, and director Steven Borden wasn’t surprised by the ranking.

“We’ve had a fair numbers of veterans feel the center has made a huge difference in preparing them for college and helping them connect with other veterans,” Borden said, noting that most of the 5,200 service members attending ASU are veterans, not active duty.

The 5-year-old center employs two full-time military advocates who help engage student veterans in campus life and pass hurdles during their studies. About 60 student veterans are employed at the center, which has locations at all five ASU campuses.

“We are continuing to take a concerted approach to outreach to our students to get them engaged on campus,” Borden said. “Engagement on campus is a huge part of student veteran success.”

ASU offers a veteran-specific introductory course: Student Success for Veterans. Designed for the veteran student, the course provides an outstanding opportunity to get to know other veterans and to learn about various resources available from Arizona State University, the state of Arizona and the Department of Veteran Affairs. The objective is to forge positive relationships among a small network of veterans for academic success, university integration, resource management and transitional support.

Joining clubs and activities, working in internships or undergraduate research opportunities, or studying abroad all help round out resumes and prepare student veterans for life after graduation.

“Many of them are not aware of the importance of engaging on campus,” Borden said. “A lot of them don’t necessarily think about all of the things they can do to be engaged on campus.”

Tuition at ASU is offered at in-state rates to all veterans who have been honorably discharged from all branches, including the National Guard and Reserves. The university has been named a "Military Friendly School" by G.I. Jobs magazine for seven years in a row in 2015.

For the fourth time, the Carnegie-KnightNews21 program has won a prestigious EPPY Award from Editor & Publisher magazine for a national investigation conducted by college journalism students.

The News21 “Voting Wars” project won for Best College/University Investigative/Documentary Report. Headquartered at the Walter Cronkite School of Journalism and Mass Communication at Arizona State University, News21 is a multimedia reporting initiative established by the Carnegie Corporation of New York and the John S. and James L. Knight Foundation. 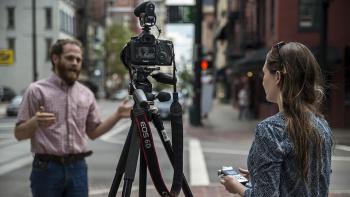 The EPPY Awards recognize the best media-affiliated websites across 31 categories, including three that honor excellence in college and university journalism. In the past five years, News21 has taken the award four times. Last year, the Cronkite School documentary “Hooked: Tracking Heroin’s Hold on Arizona” won the top honor.

“We are very honored and proud of the many students who worked on this voting rights project, particularly because of the significant issues that are playing out during this presidential election year,” said Jacquee Petchel, News21 executive editor. “Their work is a public service to every American, regardless of political affiliation. The project also is a testament to the many ways the Cronkite School is working to tell stories in engaging and innovative ways that benefit the public and the future of journalism.”

EPPY Award entries were judged by a panel of notable figures in the media industry, chosen by Editor & Publisher staff.

The Cronkite School received four nominations in student media categories this year. In addition to “Voting Wars,” Cronkite News, the student-produced news operation of Arizona PBS, had two nominations — one in Best College/University News or Event Feature for a major bilingual poll on border issues and the other in Best College/University Investigative/Documentary Report for a report on childhood asthma in lower-income communities.

The Cronkite School’s Southwest Borderlands Initiative project “Hungary: Europe’s Borderland” was nominated in the Best College/University Newspaper Website category. Nineteen Cronkite students traveled to Hungary and neighboring countries last spring to investigate the refugee crisis impacting the region. The project was made possible by a grant from the Howard G. Buffett Foundation.

In addition to the Carnegie Corporation and Knight Foundation, the News21 “Voting Wars” project was supported by the Ethics and Excellence in Journalism Foundation, the Hearst Foundations, the Donald W. Reynolds Foundation and Louis A. “Chip” Weil as well as individual universities that funded their students’ participation.