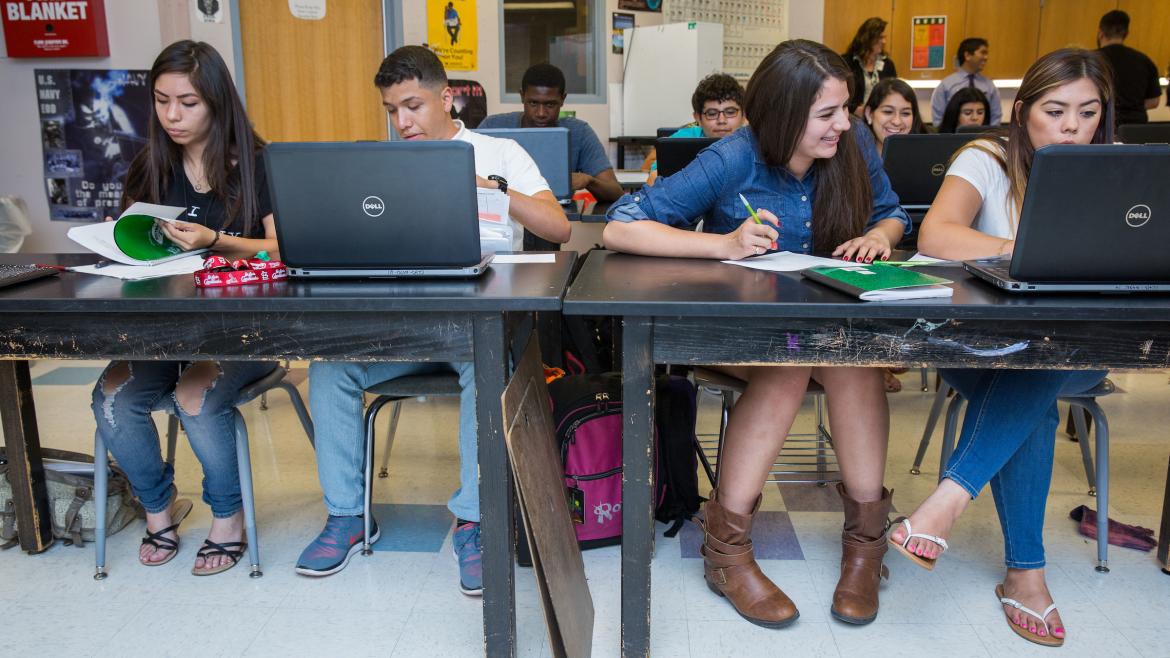 'State of Latino Arizona' shows high-need population at a disadvantage

Latino students make up the largest racial and ethnic group in Arizona’s public schools but are at an educational and funding disadvantage, according to a new report authored by an Arizona State University professor.

“State of Latino Arizona: Sparking a Community Conversation About School Funding” was written by David Garcia, an assistant professor in the Mary Lou Fulton Teachers College, along with Anabel Aportela, director of research and evaluation for the Center for Student Achievement. The projectASU graduate students Robert Vagl and Larissa Galas assisted. was sponsored by ASU, the Arizona Community Foundation, APS and the Phoenix IDA. The report was released Thursday, Oct. 6.

Public schools with high Latino populations have lower achievement levels and get less in combined state and local funding compared with schools that have lower Latino enrollment, according to the publication, which breaks down Arizona’s complicated school-funding system.

Garcia said the goal was to examine school finance from a Latino perspective.

“The report is very timely because we are starting a conversation, which started with Proposition 123, about school finance in Arizona, and my hope is that we’re going to meaningfully take into account equity as a goal in this state,” Garcia said. Proposition 123 is the measure approved by voters last year that increases the amount of money taken from the state's land trust fund for a decade, and funnels most of it toward public education.

He said that Arizona’s constitution requires that school funding be “general and uniform.”

“That means we work to equalize funding, but equalization is not equity,” he said, noting that schools with Latino students have higher needs. 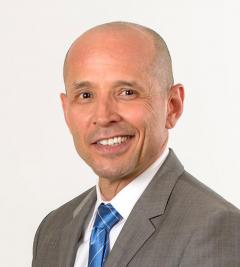 • Latino enrollment in public schools increased by 85 percent from 1998 to 2014 in Arizona. Over the same period, enrollment of all public-school students rose 28 percent. Of the current 1.1 million students, 44 percent are Latino.Among the findings in “State of Latino Arizona”:

• About 38 percent of Hispanic youths age 17 or younger live in poverty, compared with 16 percent of white students and 25 percent of black students.

The report analyzes how Arizona’s complicated formula affects districts with high numbers of Latino students. Over the past several years, funding has shifted from state to local sources, primarily to bonds and overrides, in which voters agree to temporarily raise their taxes to funnel more money to schools. But districts with high Latino enrollment typically have lower property values, hindering their capacity to raise more money.

“What surprised me was how low property values are,” Garcia said, noting that big swaths of west Phoenix, which has a high population of Latino families, are mostly housing and have little economic diversity.

Schools with many Latino students do receive more in federal funding, which is targeted to programs for low-income students.

“We’re a state that likes to battle it out with the feds, but for our Latino students, it’s federal funds that allow us to provide those services,” Garcia said.

Another way that schools receive money is tax-credit donations. Donors agree to take some of the money they would normally pay in state taxes and instead give it to a school program. Tax-credit donations are limited to after-school or extracurricular activities, and parents frequently use them to pay fees for their children’s sports, clubs or field trips. Lower-income families have a more difficult time using tax credits because the donation must be paid in a lump sum, according to a school principal quoted in the report.

“Asking parents to donate $400 to help fund field trips or extracurricular activities is asking them to default on their rent or electricity bill, or forgo weekly groceries,” wrote Marci Higuera Koke, principal at I.G. Conchos Elementary School in Phoenix.

“What that means is things like chess club or Lego club, extracurricular activities that enrich a student’s educational experience, will simply be less available to our highest-needs areas because their parents don’t have the ability to pay,” Garcia said.

The report is the newest in a series of ASU’s “State of Arizona” projects, with others focusing on Native American, Asian-American, Black and Latino populations in Arizona over the past decade. The most recent Latino report was released in 2009 and analyzed demographic trends.

The new report includes commentary from community leaders. ASU President Michael M. Crow wrote that the state must focus its energy on educational attainment for all.

Garcia said he hopes “State of Latino Arizona” lives as a document that can spur policy decisions.

“The goal is to try to take something as wonky as school finance and put it out in a way that people learn and hopefully engage,” he said.

Arizona State Univeristy's Institute for Humanities Research has appointed Jacque Wernimont as interim director of the institute's Nexus Lab for Digital and Computational Humanities.Wernimont comes to the Nexus Lab with more than a decade of experience in digital humanities and digital cultures, which began at the long-standing Women Writers Project at Brown University. She is a nationally recog...

Wernimont comes to the Nexus Lab with more than a decade of experience in digital humanities and digital cultures, which began at the long-standing Women Writers Project at Brown University. She is a nationally recognized leader in digital archives, feminist digital media, histories of quantification, and technologies of commemoration. 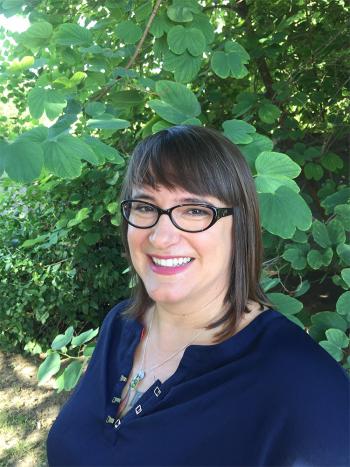 In addition to teaching and working on her forthcoming book titled "Quantified Lives: Histories of the Media of Measure," Wernimont directs ASU's new Graduate Certificate in Digital Humanities. She is also currently a Fellow of the Lincoln Center for Applied Ethics, working on new civil rights in digital cultures, is a founding member of the international FemTechNet collective, and is an assistant professor of English in the College of Liberal Arts and Sciences.

Wernimont foregrounds collaborative and transdisciplinary work, and works closely with colleagues in the Herberger Institute for Design and the Arts and the School for Social Transformation as part of the Human Security Collaboratory.

Wernimont will be filling the vacancy left by Nexus Lab founding director Michael Simeone, who created new research collaborations and pathways both on campus and off, played a key role in several major research grants, and brought the lab to national prominence through activities such as hosting the 2016 HASTAC conference — all in under three short years. Simeone is now employing his considerable vision and energy in a new capacity as director of Data Science and Analytics for ASU Libraries.