Ajay Vinzé, who previously served as the Earl and Gladys Davis Distinguished Professor in the W. P. Carey School of Business at Arizona State University, has been appointed as the new dean of the Robert J. Trulaske, Sr. College of Business at University of Missouri.

While at ASU, Vinzé also served as associate dean of international programs in the W. P. Carey School of Business and the associate vice provost for graduate education. The appointment is effective Jan. 1, 2017. 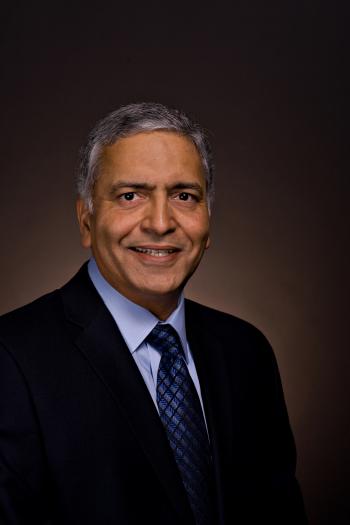 “We’re very fortunate to have attracted a leader of Dr. Vinzé’s caliber to serve as our business dean,” University of Missouri Provost Garnett Stokes said. “His experience in the field of information systems and educational curriculum development as well as his outstanding experience as an academic leader will help him position the Trulaske College of Business to continue its record of success. I’m looking forward to working with him as MU continues to prepare students to face the ever-changing dynamics of the business world.”

“It is an honor to have the opportunity to lead a vibrant business school like the Trulaske College of Business,” Vinzé said.

“I am looking forward, with great enthusiasm, to joining the Mizzou family and working with high caliber faculty, dedicated staff and a wonderful student body! We live in exciting times. Business education and associated expectations are being redefined through complex interactions between technology innovations, globalization, demographic changes and new fiscal realities. Trulaske capabilities coupled with broader academic strengths at Mizzou, and with the support of alumni and business stakeholders, I am confident that we will be ready and well-positioned to succeed. I am looking forward to an interesting and exciting journey together!”

Vinzé has a long history of academic research, focusing on topics including data analytics, emergency preparedness and response, disruptive innovation, economic value of information and computer technology investments, and collaborative computing. His research emphasizes the importance of technology innovation and organizational relevance.

Vinzé also has extensive experience in the private sector, including serving on the board of directors for ISSC (a Taiwanese microchip corporation); serving as manager for a team that designed, developed and implemented a support system and database for the distribution of more than 1.5 million doses of the H1N1 (swine flu) vaccine; and serving as a member of the Super Bowl Public Health and Healthcare Workgroup for Super Bowl XLII in Glendale, Ariz.

In 2008, Vinzé was named a Fulbright Senior Scholar, which was extended through 2014. Vinzé also currently serves as an executive board member for the Education Quality Accreditation Agency (EQUAA), which is an accreditation agency for higher education institutions in Latin America. He also earned the Faculty Excellence Award from ASU in 2012 for his outstanding faculty contributions.

Vinzé replaces Stephen Ferris, who has served as interim dean of the Trulaske College of Business since Joan Gabel left the position to become the provost at the University of South Carolina in summer 2015.

David Waldman has studied leaders — good and bad — for years, and he has often wondered: “What is going on inside their heads that would make them think and act that way?”Over the past decade, the Arizona State University professor has become an expert on using neuroscience to observe people’s brain activity to see what goes on.Waldman, a professor of management in the W. P. Carey School... 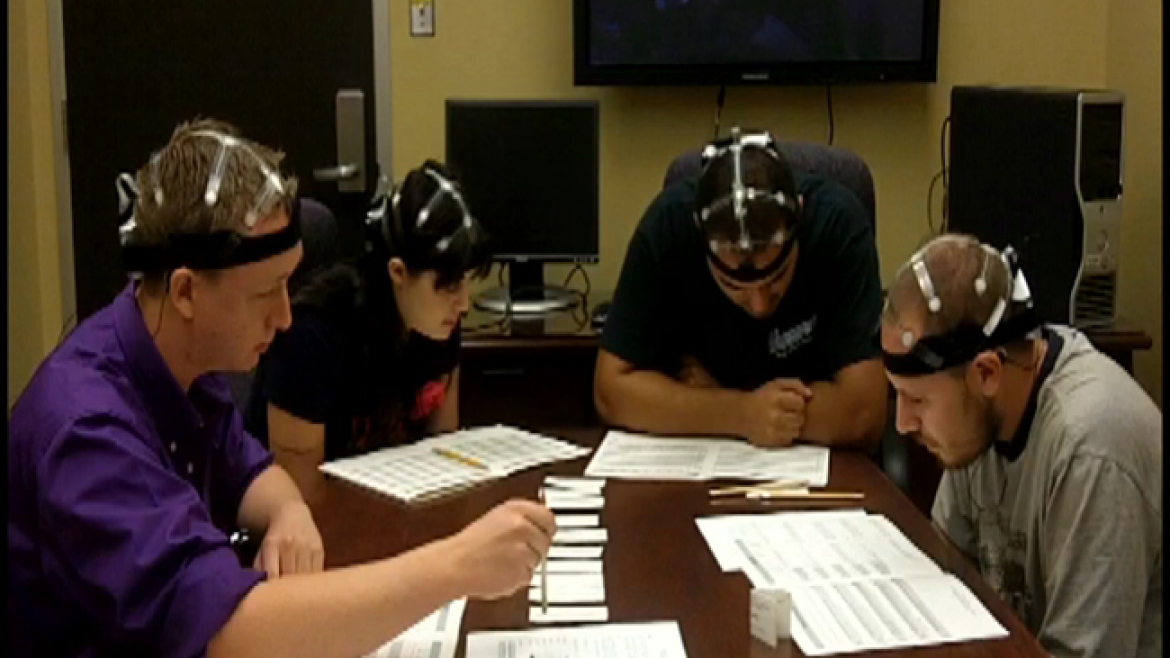 David Waldman has studied leaders — good and bad — for years, and he has often wondered: “What is going on inside their heads that would make them think and act that way?”

Over the past decade, the Arizona State University professor has become an expert on using neuroscience to observe people’s brain activity to see what goes on.

Waldman, a professor of management in the W. P. Carey School of Business, has new research that shows a “brain signature” of people who are considered to be ethical leaders and a second study that maps electrical brain activity of people considered to be abusive.

These are two important issues given recent ethical scandals in the corporate world, as well as organizations’ concerns about the treatment of their employees.

And beyond that, Waldman is interested not only in what he can “see” in brain patterns but whether they can be changed through a process called neurofeedback.

“I want to see the application of this — whether we can train people to be better leaders through neurofeedback,” he said.

“Billions of dollars are spent on traditional leadership development every year. Why can’t this be mixed in to achieve better results?”

For many years, researchers measured leadership skills and traits through surveys in which people answer questions about themselves or their bosses. About a decade ago, Waldman learned that there were practical, inexpensive ways of looking at what happens in the brain using a quantitative electroencephalogram, or qEEG. In that scanning process, small electrodes are attached to a subject’s scalp to painlessly measure electrical activity in the brain.

“One of the problems with surveys is that people can lie and they can fake and they can manipulate,” Waldman said. “But if I take a direct assessment of your brain, you can’t lie or fake that.”

In one study, to be published in the Academy of Management Journal, Waldman and his co-authorsThe co-authors are Danni Wang of Rutgers University, Sean T. Hannah of Wake Forest University and Pierre A. Balthazard of California State University, Sacramento. wanted to see if they could establish a “signature” of the qEEg patterns of people who were considered to be ethical leaders. 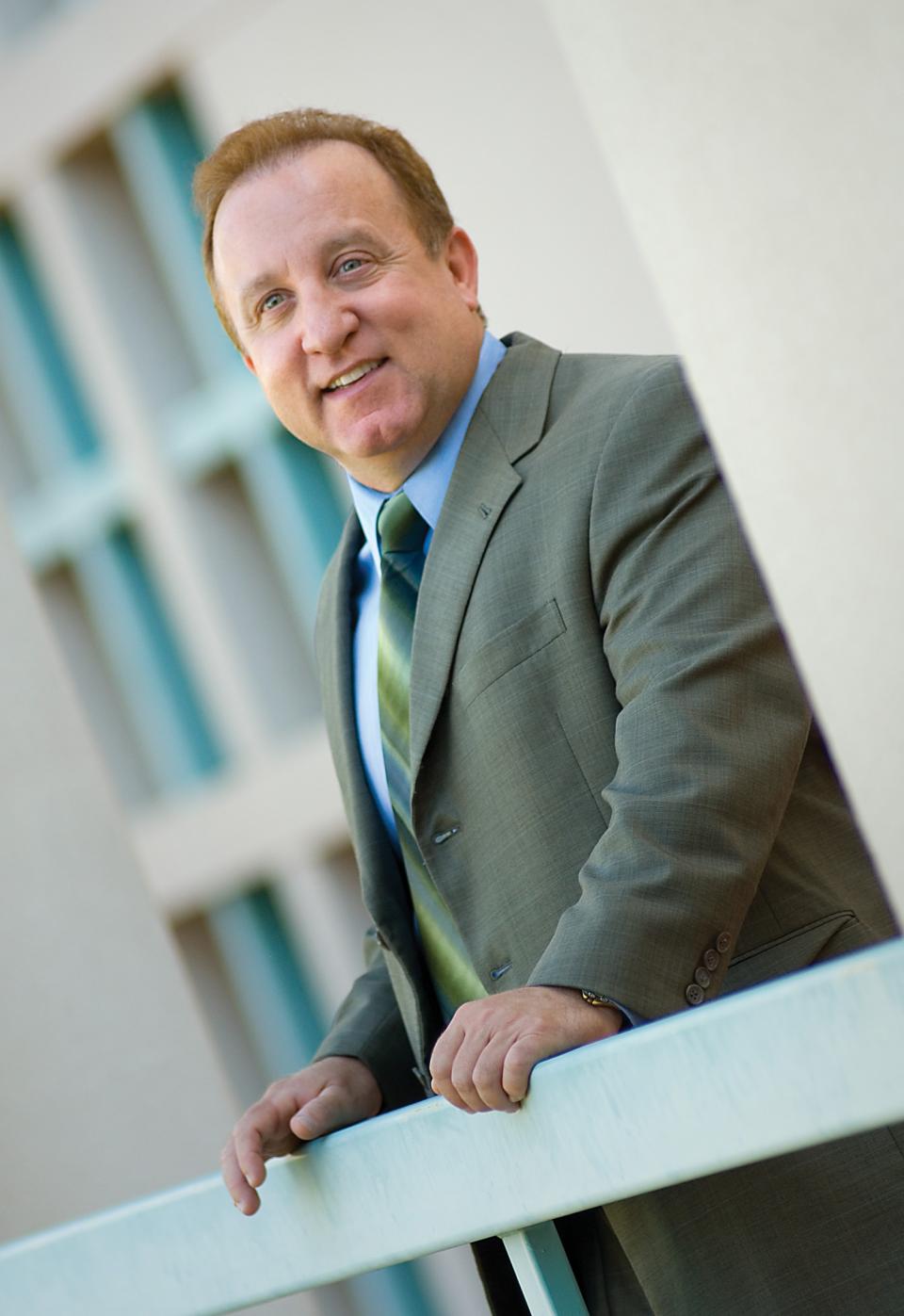 David Waldman is a professor in the W. P. Carey School of Business at ASU.

The study included 104 people who were military or business leaders. They each filled out a survey on their own ethical beliefs, and several of their peers, subordinates and superiors also answered questions about the ethical leadership of the study subjects. Then the leaders each had an hour-long scan, which included an assessment of the brain at rest, or “intrinsic brain.”

Waldman observed brain activity patterns that are indicative qualities associated with ethical leadership, such as self-reflection, perspective taking, and watchfulness of others’ behavior. Specifically, the researchers looked at “connectivity” among the brain regions in what is known as the “default mode network.” Those connections were related to leaders’ ethical ideology as well as their behavior.

“There was essentially more and better connectivity between these brain regions for a certain bandwidth of brain waves, the beta bandwidth, for ethical leaders,” he said.

In the other study, to be submitted for publication soon, Waldman found a separate “signature” brain structure, associated with the “executive functioning” of the brain, that could predict whether supervisors have abusive tendencies toward employees.

“The question is can we use neuroscience to help us improve those kinds of efforts? We think we can.”

Neurofeedback is a process in which people work on changing their intrinsic brain structures by wearing EEG sensors while they watch a video and are hooked up to a computer training program.

“As your brain starts to go in the path that computer trainer wants, the video and audio will stay perfect. If your brain is not cooperating, the picture may become blurry or you may hear a buzz in the audio until the brain starts to cooperate,” he said.

After several interactions with the computer trainer, the intrinsic brain structure is changed in ways that affect cognition and behavior.

Currently, neurofeedback is used to treat attention deficit disorder and anxiety disorder, but it hasn’t been used to try to change leadership qualities directly. In the case of abusive bosses, Waldman said that would require creating an algorithm that separates the neural patterns of people who are abusive from those who aren’t, and then programming that algorithm into the training program. At least in theory, through neurofeedback, supervisors might have a reduced tendency toward abusiveness.

“Making somebody more ethical could be a challenge because it involves a lot things, like your values and beliefs. But stopping abusive behavior might be simpler. Abusiveness might be more about a lack of control on the part of some supervisors, and that lack of control could be directly affected by neurofeedback processes,” he said.

CorporationsWaldman is a co-editor and author of the 2015 book "Organizational Neuroscience (Monographs in Leadership and Management)." and the military have had an increasing focus on creating humane and ethical leaders, Waldman said. Part of his research has been funded by the U.S. Defense Advanced Research Projects Agency.

Waldman said there could be ethical considerations in the neurofeedback itself.

“Some people might say, ‘You want to change my brain?’ The answer is, ‘Only if you want to.’ ”

Through neurofeedback, the brain can only change if the individual is willing to cooperate with the computer trainer, he said. “Presumably, individuals such as abusive supervisors might see the value in changing their intrinsic brain structures if it might help to alleviate such negative behavior on their part.

“I’m here to do a positive form of leadership development, which is to make people more inspiring and ethical, while becoming less abusive.”

Top photo: Subjects in Barcelona, Spain, wear electrodes as they participate in neuroscience research done by David Waldman, an ASU professor whose new study shows a “brain signature” of people who are considered to be ethical leaders. Contributed photo.