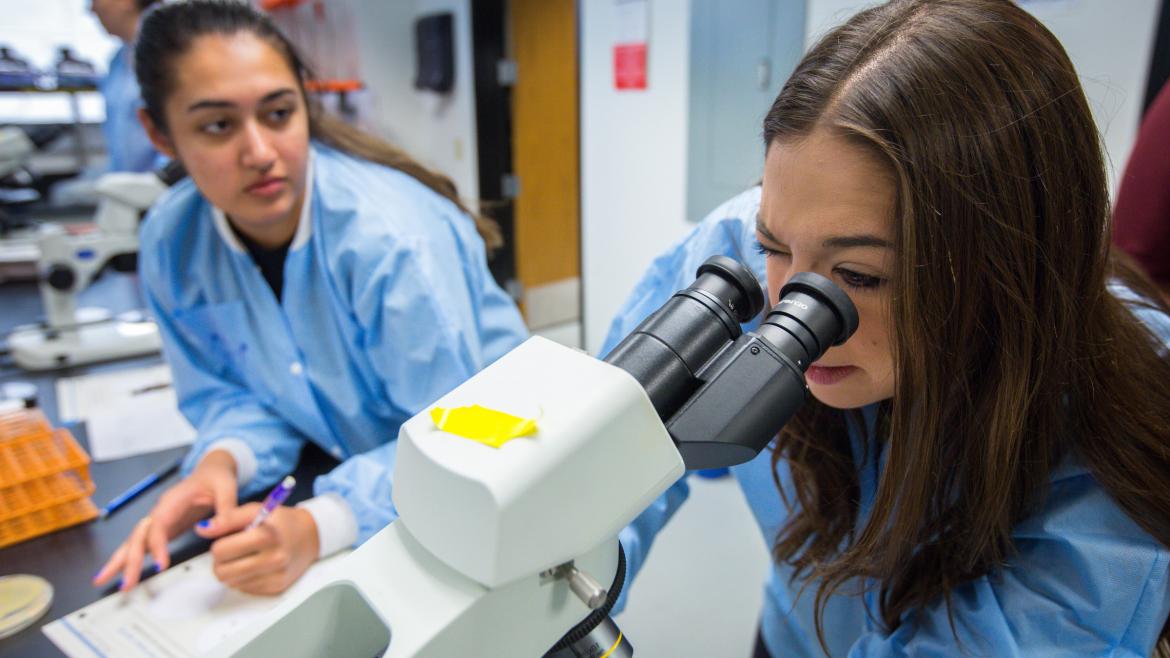 A large lecture hall on Arizona State University’s Tempe campus filled with anxious chatter as dozens of first-year students filed into row after row of seats. On this day, the students in this so-called “killerSo-called because students enrolled in such introductory college courses — required for first-year students to meet the prerequisites of their chosen majors — often become overwhelmed or disengaged, to the point that they withdraw from the course.” chemistry course would receive the results of their first exam. Sarah Herrmann was confident; she studied hard and expected to do well.

The exams were passed back, and Herrmann’s calm façade turned dour. “My grade was much lower than I expected,” she recalls now.

Undeterred, Herrmann soldiered on. But many women who experience difficulties in STEMscience, technology, engineering and mathematics courses never get past that first bad test grade. 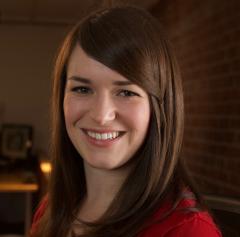 Nowadays, Herrmann is a psychology graduate student, researching the very phenomenon that once threatened to derail her academic career. Her most recent study, published in the journal Basic and Applied Social Psychology, found that a brief psychological intervention from a female role model made a significant improvement in the retention and grade levels of women in STEM.

“We’ve known about this problem for a while, and it persists,” Herrmann said of female dropout rates in STEM. “What we hope to elucidate are some ways to help.”

For her study, Herrmann looked at students enrolled in an introductory chemistry class at ASU. After the students learned the results of their first exam, they received an email from their professor asking them to participate in a five-minute study for extra credit. The students were randomly assigned to either read a brief letter of encouragement — regardless of their exam score — written by a female graduate student (Herrmann), or to fill out a demographic survey.

Herrmann and her team repeated the experiment with an introductory psychology course and found similar results: Among the female students who were assigned to read the “intervention letter” in the introductory psychology course, 62 percent were less likely to receive a grade of D, or to fail or withdraw from the course, and their grades at the end of the course were a quarter standard deviation higher than those female students who had not read the letter.

“There are two parts of this research that I find particularly exciting,” said Herrmann. “First, the implications for brief psychological interventions and, secondly, what it says about the effect of role models for women’s performance in STEM areas.”

In the intervention letter, Herrmann addressed three key factors that, when positively reinforced, had proven to result in a successful intervention: a sense of belonging, attribution of one’s success or failure, and the presentation of time spent on academics as an investment.

It can be common for women in STEM fields to feel like they don’t belong in an area of study traditionally dominated by men. So the letter first attempted to normalize those feelings of not belonging by sharing relatable anecdotes that demonstrated the female author had had similar experiences — the “you’re not alone in this” angle.

Second, it explained that a bad score on a test shouldn’t necessarily be attributed to one’s fixed level of intelligence — the idea of which can understandably be very discouraging — but rather that one’s academic performance is a malleable feature that can improve with effort and better study strategies.

Finally, the letter sought to reinforce the idea that investing in one’s education and following through despite challenges is worth it in the end.

The combination of those three things, and the fact that the message was coming from an ideal female role model — one who was older, therefore more experienced, and also successful — is what helped the intervention letter make such a difference.

There’s a “leaky pipeline” in STEM when it comes to women, said Herrmann. “You have fewer female professors in STEM fields than you do postdocs, than you do graduate students … and that means that, essentially, there are fewer women as you get further up the line to serve as role models for the women in STEM today. So any way we can expose female STEM students to female role models” is helpful.

And because the intervention style Hermann used in her study doesn’t require a huge time investment, it can be easily adapted into other forms of delivery, such as a text message, a short video, a quick guest lecture or as part of a course orientation package.

It also has implications for use among other underrepresented groups who experience similar challenges in STEM fields, such as minorities and first-generation college students.

Herrmann is enthused by the results of her study, yet cautious to shout eureka.

“We’re just touching the surface here,” she said. “While we’ve discovered some things that are effective at increasing women’s persistence in these fields, there is still more to be done.”

For the second straight game the Arizona State women's soccer team dominated an opponent statistically, but came up short in the end. ...

'Good for a girl' For the second straight game the Arizona State women's soccer team dominated an opponent statistically, but came up short in the end.