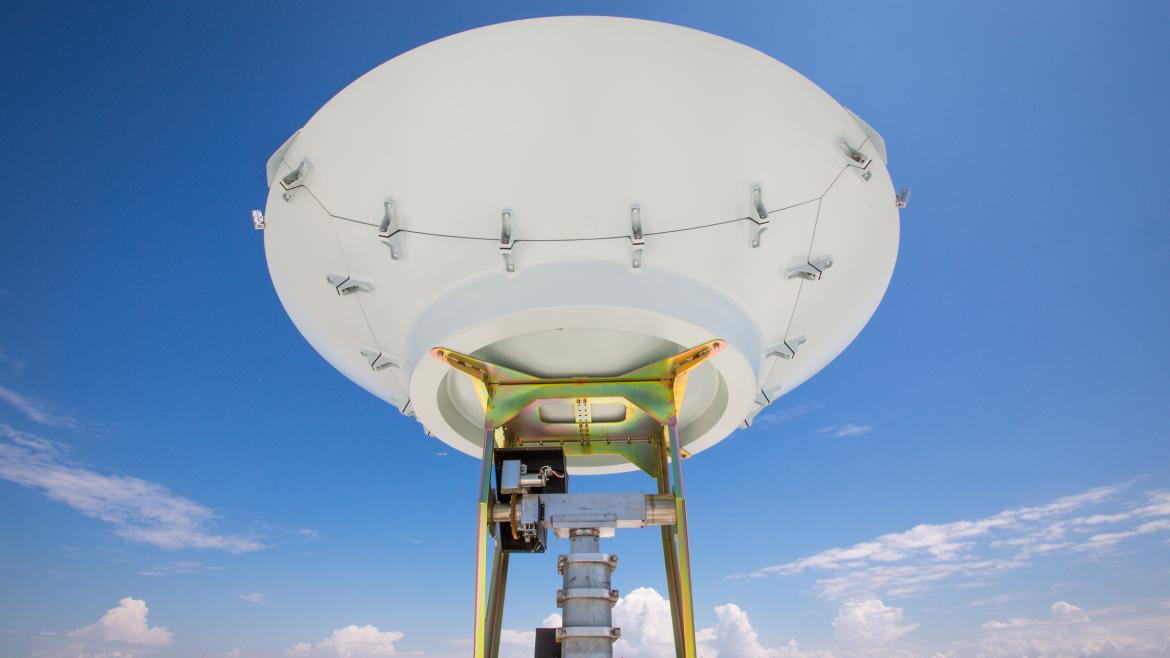 Ear to the sky

We can hear them now.

Installed on the roof of the School of Earth and Space Exploration building this summer, the station will be able to relay information with spacecraft in low Earth orbit, and maybe farther, according to Jim Bell, one of the faculty members playing a leading role in the development of the ground station.

“Part of the goal is to communicate with small satellites we launch and operate,” said Bell, an astronomer, planetary scientist, professor in the School of Earth & Space Exploration and veteran of nine NASA missions. “The other part of the goal is student education.”

The station also will be able to download data from the three satellites being developed at ASU. It’s a research project that augments other research projects, said lead undergraduate student developer Jeremy Jakubowski, a junior majoring in computer science.

“None of the satellite proposals we have at ASU work without a ground station,” Jakubowski said.

How far the station can reach remains in question, Bell said.

“It looks like it’s a big dish, but it’s not big enough to communicate with deep space,” he said. “We’ll try some tests with small satellites that go farther out.”

One of those tests will be working with NASA’s Jet Propulsion Laboratory to receive information from the MarCo mission in 2018. MarCo (an abbreviation of Mars Cube One) is a technology demonstration of CubeSats, the standardized small satellites developed by a former ASU researcher. The CubeSats flying on the next Mars mission will be 6Us: six standard 3- by 3- by 3-inch CubeSats stacked together. They will be the first to leave Earth's orbit and the smallest objects ever to fly across deep space to another planet.

The Mars mission, known as InSight, will consist of those CubeSats and a lander. They’ll be launched on an Atlas V rocket, be deployed into space and then, like three siblings walking to the bus stop before going their own ways, fly separately to Mars.

The CubeSats will relay radio signals from the stationary lander deployed to the Red Planet’s surface, confirming a successful landing. Chief engineer on the mission is Jet Propulsion Laboratory engineer Andy Klesh, an adjunct professor at the School of Earth and Space Exploration. Klesh also worked on the ground station project.

“JPL has been a huge help as well,” Bell said. “Hopefully, sometime this semester or next semester we’ll be doing tests, listening to satellites already up there.”

They will also attempt to transmit to the LunaH-Map mission in 2018. An entirely ASU-led effort, that mission will send a cutting edge nanosatellite smaller than a piece of carry-on luggage to the moon, orbit around the poles 141 times during 60 days sniffing for hydrogen, transmit what it finds back to Earth, and then, having done its job, crash (be “disposed” of, in NASA parlance) into the south pole.

“Hopefully, we can talk to it some of the time,” Jakubowski said about LunaH-Map. “The idea behind every satellite ground station is to get data down.” 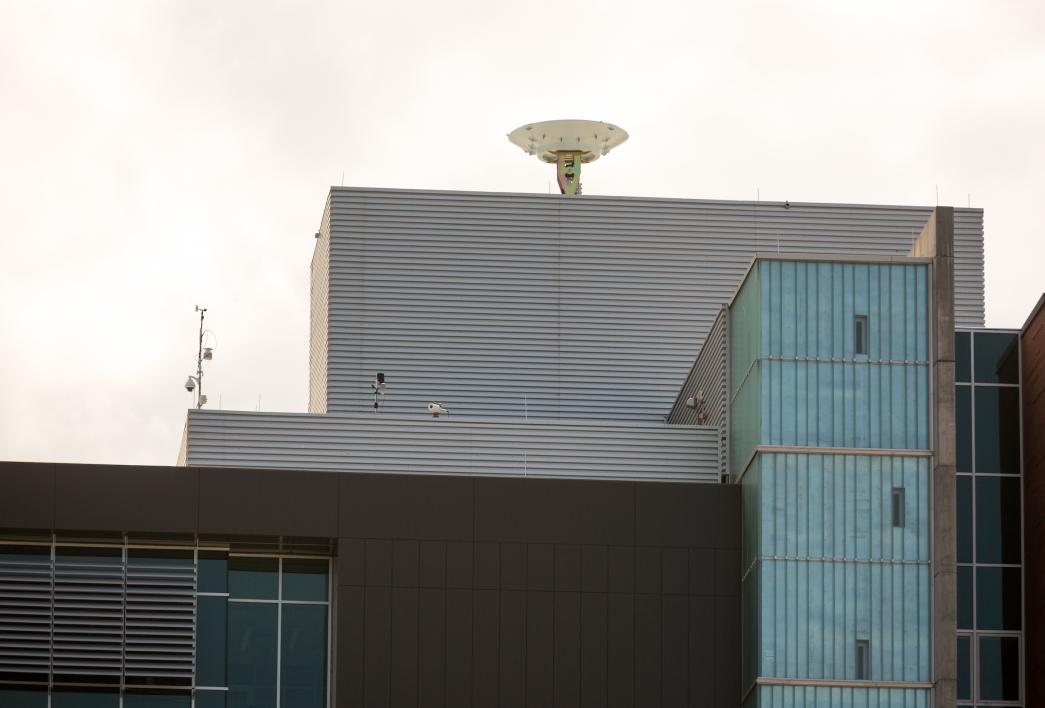 The ASU Satellite Tracking Ground Station, built on top of the ISTB4 building on the Tempe campus, will be part of multiple networks of ground tracking stations and enable ASU researchers access to data from orbiting satellites. 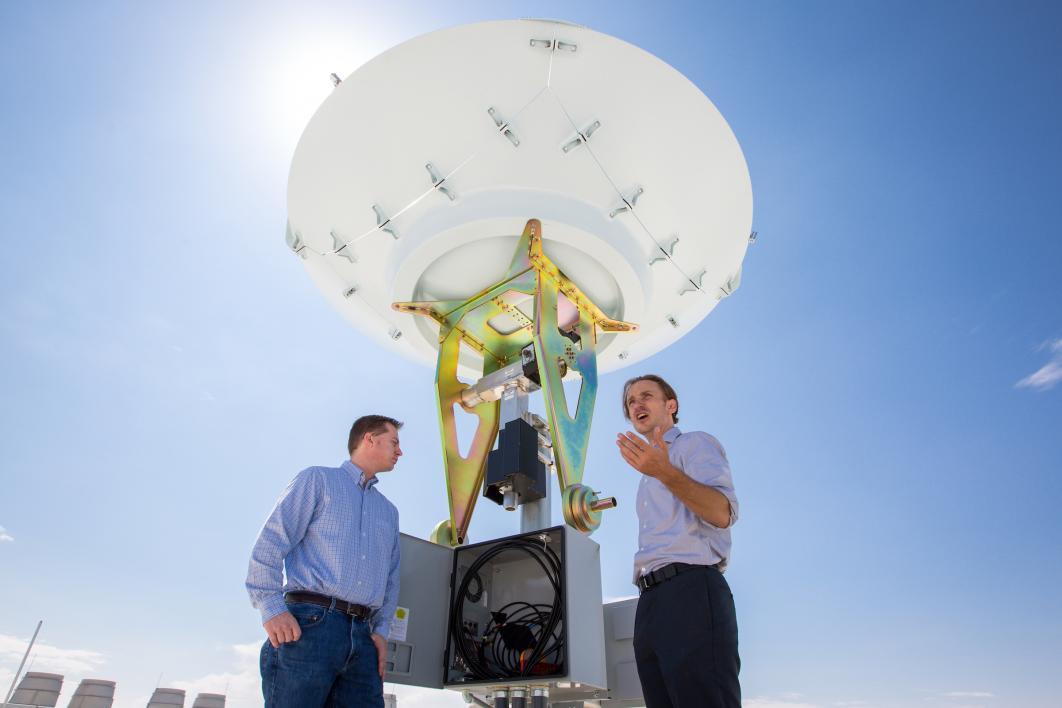 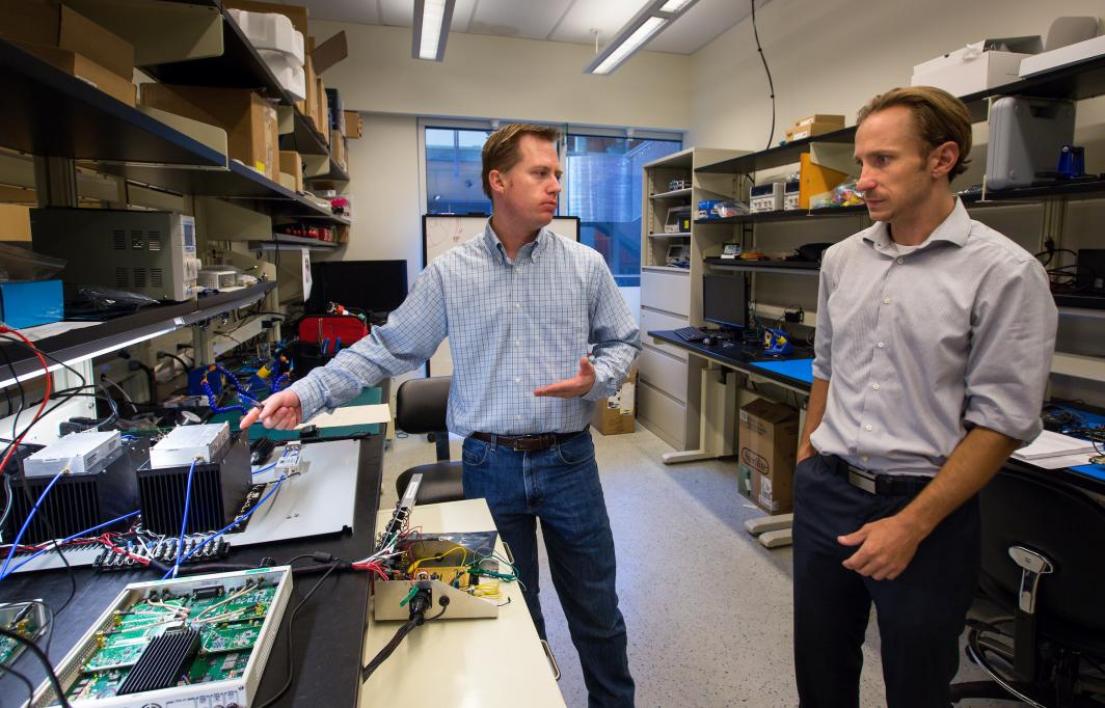 Chris Marrs, electrical engineer on the project and a junior working on an electrical engineering degree, designed and built a circuit on the station. The large dish has a 360-degree azimuth, allowing it to pick up signals from any direction.

“It’s a dish that tracks,” Marrs said. “It opens up a much larger window for us to download data. … The good thing about this is it’s going to be a perpetual project. This is going to be in development for the rest of its life. We’ll constantly be adding capabilities.”

The dish will directly communicate with three satellite projects currently in the works at ASU:

— Asteroid Origins Satellite (AOSAT) 1 will carry crushed meteorites and demonstrate a centrifuge laboratory in low Earth orbit. By spinning the spacecraft at 1 rpm, it will produce a centrifugal force that simulates the gravity of an asteroid. AOSAT 1 will launch in 2017 and be deployed from the International Space Station shortly thereafter.

— PhxSat will monitor the effects of the urban heat island effect on cities such as Honolulu and New York, primarily focusing on Phoenix. Data collected over a year is expected to lead to insight on health effects of urban heat, external effects on the environment, and the extent of the consequences of climate change. The student-led project will launch in August of 2017.

— The Space Weather and Impact Monitoring Satellite (SWIMSat) will be a shoebox-sized spacecraft designed and built by students under the guidance of Erik Asphaug, professor of the School of Earth and Space Exploration (Ronald Greeley Chair of Planetary Science) and co-principal investigator Jekan Thanga, assistant professor in the School of Earth and Space Exploration and head of the Space and Terrestrial Robotic Exploration Laboratory. It is expected to launch in 2019.

Karen Anderson is an ASU scientist who sees patients struggle with cancer as she makes rounds as a Mayo Clinic oncologist.Jennifer Blain Christen is an ASU electrical engineer pushing the boundaries of sensors and circuits to improve health care.Together, they are combining their expertise to allow people to quickly and inexpensively check their health status.Anderson, of the Virginia G. Piper Cen... 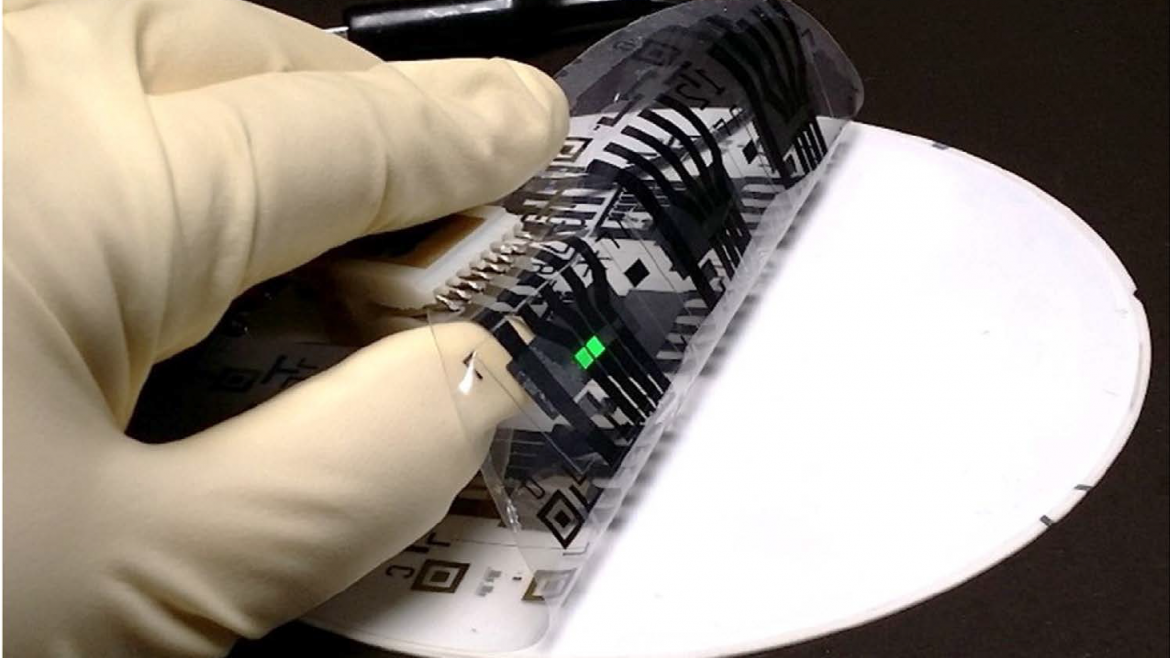 Karen Anderson is an ASU scientist who sees patients struggle with cancer as she makes rounds as a Mayo Clinic oncologist.

Jennifer Blain Christen is an ASU electrical engineer pushing the boundaries of sensors and circuits to improve health care.

Together, they are combining their expertise to allow people to quickly and inexpensively check their health status. 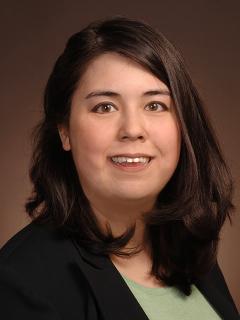 Anderson, of the Virginia G. Piper Center for Personalized Diagnostics at Arizona State University’s Biodesign Institute, and Blain Christen (pictured at left), of the School of Electrical, Computer, and Energy Engineering in ASU’s Ira A. Fulton Schools of Engineering, are making steady progress on a $1.8 million grant from the Smart and Connected Health Division of the National Science Foundation to make their dream point-of-care technology a reality.

They will create a patch that absorbs sweat to track biological molecules that can indicate the presence of a disease or infection. In their vision, the information could be relayed to a smartphone, making an instant biomarker check easy as step counting or heart rate monitoring on a fitness tracker.

“This technology decreases the burden on health care workers and empowers a person to have a more intimate knowledge of what’s going on in their body,” said Blain Christen. “And what’s in your phone is more powerful than what we had in a big computer just 10 years ago. We don’t have to worry about computation in our patch if we can just get data to this incredible computer now found in everyone’s pockets.”

The technology Anderson and Blain Christen are developing relies on fluorescence detection, used in the biosciences to accurately measure the number of biomarkers present, including those that may predict early detection of cancer, diabetes or infection. The device also uses the latest advances in ASU’s Flexible Display Center technology to customize the fit of the patch, contouring smoothly to a person’s skin, and lowering the overall production costs by packing all of the sensor technology within the patch.

The biggest challenges the scientists have faced in refining their technology include determining which biomarkers are useful to measure in sweat, how to measure molecules present in largely different concentrations and how to make this device accessible to everyone.

“The best tests are only good tests if they can get to people,” Anderson said.

Karen Anderson is an ASU scientist who sees firsthand patient’s struggles with cancer while making rounds as a Mayo Clinic oncologist. Now, she wants to make a difference for people to quickly and inexpensively check their health status.

Anderson and Blain Christen will be using the latest grant funds to confront these challenges, iron out the details of integrating their technology with smartphones, and enhance their first prototype. They predict that the technology will be available for consumers within several years.

Collaboration was essential for establishing the feasibility of creating a point-of-care platform technology and applying for development funding. Anderson and Blain Christen both relied on the help of Ben Katchman, a postdoctoral fellow working with Anderson at the Biodesign Institute, as well as Joseph Smith, a member of the Flexible Electronics and Display Center at ASU.

As Anderson explained, “Part of the reason why I came to the Biodesign Institute, and an exciting part of what we do, is that we get to cross disciplines in ways that are very difficult to do in other institutions. This is something that makes ASU really unique.”