The School of Earth and Space Exploration will kick off the fall semester New Discoveries Lecture Series with "Asteroids, Ion Propulsion and NASA's Dawn Mission to Vesta and Ceres," a talk by David Williams, associate research professor and director of the Ronald Greeley Center of Planetary Studies.

The Main Asteroid Belt is home to the rocky remnants from the formation of the solar system, including the two most massive objects, protoplanet Vesta and dwarf planet Ceres. Earth-based telescopes show that these objects are very different in composition — why? The goal of NASA's Dawn Mission is to find out. 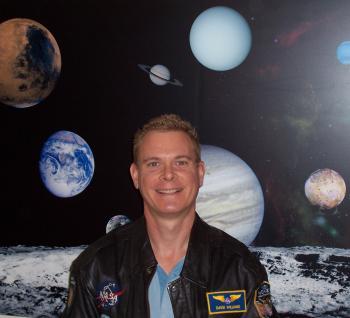 David Williams, associate research professor in the School of Earth and Space Exploration and director of the Ronald Greeley Center for Planetary Studies. Download Full Image

Join  Williams, a member of the Dawn Science Team, as he explores the amazing geology of these two objects and how they fit into our understanding of the Solar System.

The lecture begins at 7:30 p.m., Aug. 25 in the Interdisciplinary Science and Technology Building 4 (ISTB4) building on the Tempe campus. The event is free, however an RSVP is requested.

Williams’ research includes computer modeling of seismic wave propagation through planetary interiors, visible and near-infrared spectroscopy of the lunar surface, planetary geologic mapping of the satellites of Jupiter, the planet Mars, and the asteroid Vesta and dwarf planet Ceres. In 2014, the International Astronomical Union named asteroid 10,461 Dawilliams in his honor.

The New Discoveries Lecture Series brings exciting scientific work to the general public in a series of informative evening lectures, free and open to the public, each given by a member of the SESE faculty once a month throughout the spring.

Additional lectures in this fall series will be presented on Sept. 29 by associate professor Heather Throop, on Oct. 20 by Kip Hodges, founding director of the School of Earth and Space Exploration, and on Nov. 17 by Steven Semken, professor of geoscience education and geological sciences.

Lectures begin at 7:30 p.m. at the Marston Exploration Theater, located on the first floor of ASU's ISTB4 (map) on the Tempe campus. RSVP to reserve a seat. Parking is available at the Rural Road parking structure just east of ISTB4.

This September marks 15 years since the events of 9/11. Has the passage of time changed how we remember the attacks and what they mean to us personally and as a nation?How has our understanding of the relationship among religion, politics and conflict evolved? What implications does this have for understanding the wars, conflicts and attacks that have resulted, and for U.S. foreign policy? What ar...

Panel asks how the last 15 years have changed our views on religion, conflict and terrorism

This September marks 15 years since the events of 9/11. Has the passage of time changed how we remember the attacks and what they mean to us personally and as a nation?

How has our understanding of the relationship among religion, politics and conflict evolved? What implications does this have for understanding the wars, conflicts and attacks that have resulted, and for U.S. foreign policy? What are the prospects for peace?

The Center for the Study of Religion and Conflict in collaboration with the Center on the Future of War will present a panel discussion on these and other questions at 3:15 p.m., Wednesday, Sept. 7. The panel, titled “Religion, Conflict and Terrorism in the Public Consciousness,” will be held in West Hall, room 135, on the Tempe campus.

“We are anticipating a lively and compelling discussion,” says Linell Cady, director of the Center for the Study of Religion and Conflict, who will moderate the discussion.

“So much has changed in the US and around the world in the last 15 years. This is an important time to stop and reflect on the wars and conflicts that have ensued since 9/11, to look at where we are in light of where we started, and to consider where we might be going.”

• John Carlson, associate director of the Center for the Study of Religion and Conflict, associate professor of religious studies, and author of From "Jeremiad to Jihad: Religion, Violence and America" 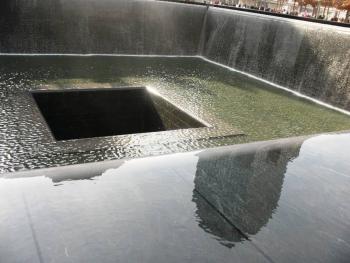 • Anand Gopal, journalist and author of "No Good Men Among the Living: America, the Taliban and the War Through Afghan Eyes"

• Daniel Rothenberg, co-director of the Center on the Future of War, professor of practice within the School of Politics and Global Studies, and co-editor of "Drone Wars: Transforming Conflict, Law, and Policy"

Cady will ask each of the panelists to respond to a series of questions, exploring issues of terrorism, violence, the rise of nativism and the possibilities for peace, while also leaving plenty of time for the audience to raise questions and enter into the conversation.

“One of the great ironies of the last decade and a half is that our nation’s confrontation with the rich and vexing complexities of other countries and cultures has increased the appeal of simple explanatory narratives rooted in and expressive of mistrust, rather than its opposite,” said Daniel Rothenberg, co-director of the Center on the Future of War, which is co-sponsoring the event.

“Understanding this dynamic is one of the most important challenges of post-9/11 America.”

The event is free and open to the public, but RSVPs are recommended. For more information please see the event webpage. This event will also be live streamed via the internet on ASU TV at http://www.ustream.tv/asutv.

The Center on the Future of War explores the social, political, economic, and cultural implications of the changing nature of war and conflict.

Communication and events coordinatior, Center for the Study of Religion and Conflict