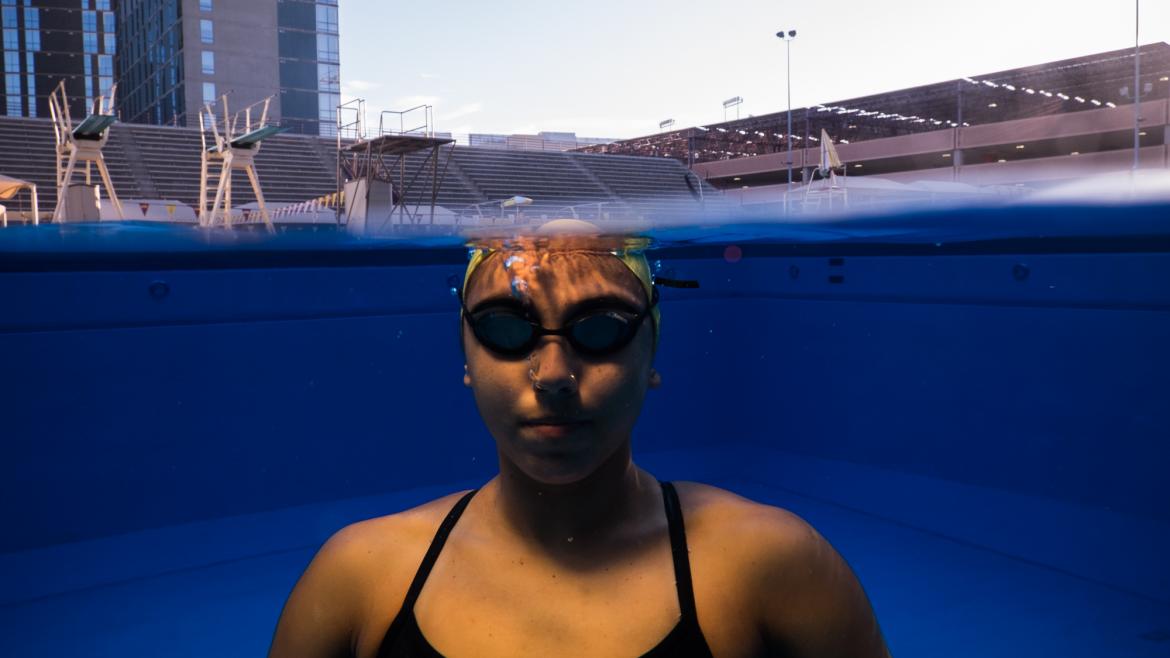 Fork 'em over in Rio

As the 2016 Summer Olympics kick off in Rio de Janeiro on Friday night, Arizona State University will be well represented.

There are 27 Sun Devils going to Rio, representing 15 countries in nine sports. That’s the most since 1996, when there were 30 athletes and coaches with ASU ties.

Four of the Rio-bound Sun Devils are current students: 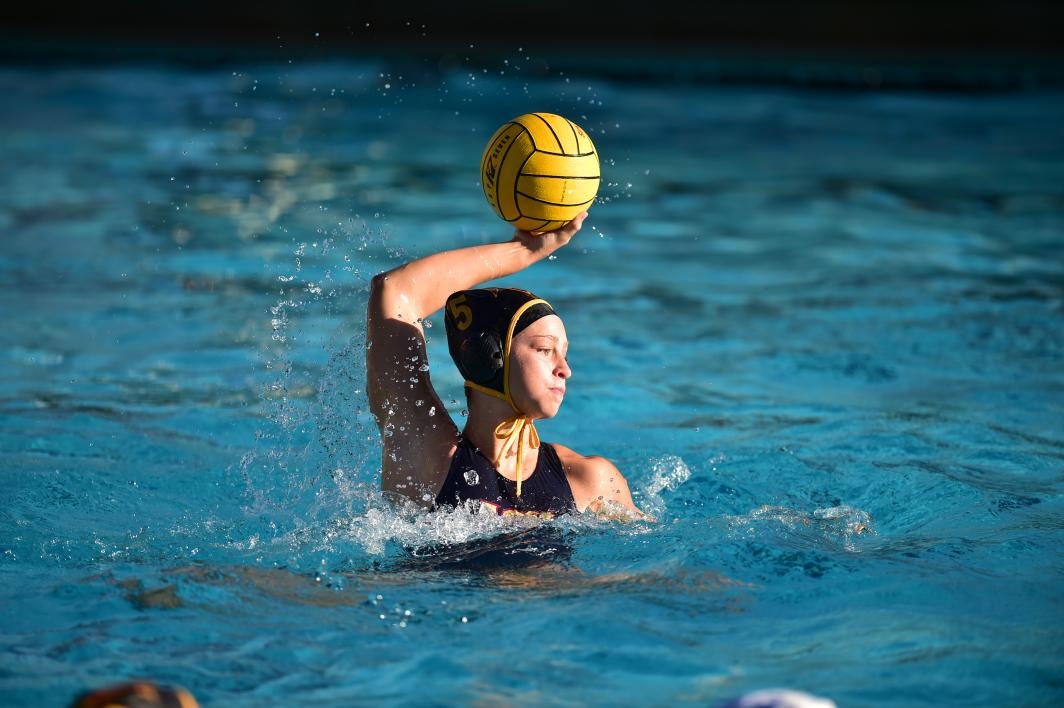 Here's a sampling of some of the current and former Sun Devils who will be at the Rio Olympics (see complete list at the bottom of this story). Water polo player Vivianne Bahia will represent Brazil. Track and field athlete Chris Benard will represent the U.S. in the triple jump. Diver Constantin Blaha (right) will compete for Austria in the 3-meter springboard. 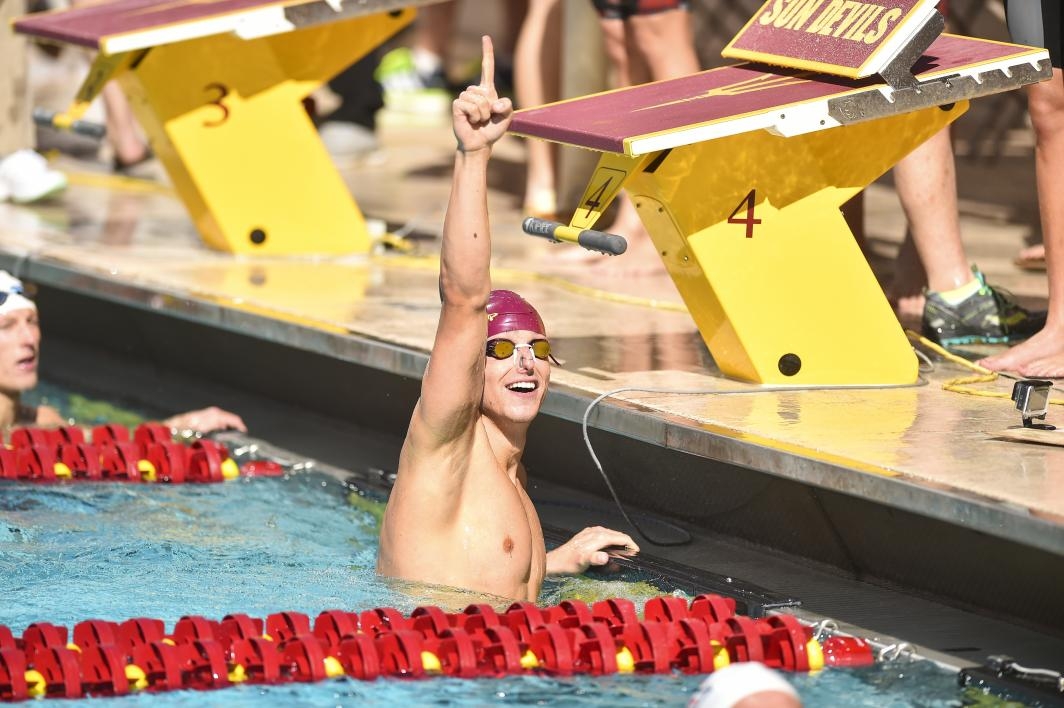 Richard Bohus will swim for Hungary in the 100-meter freestyle. 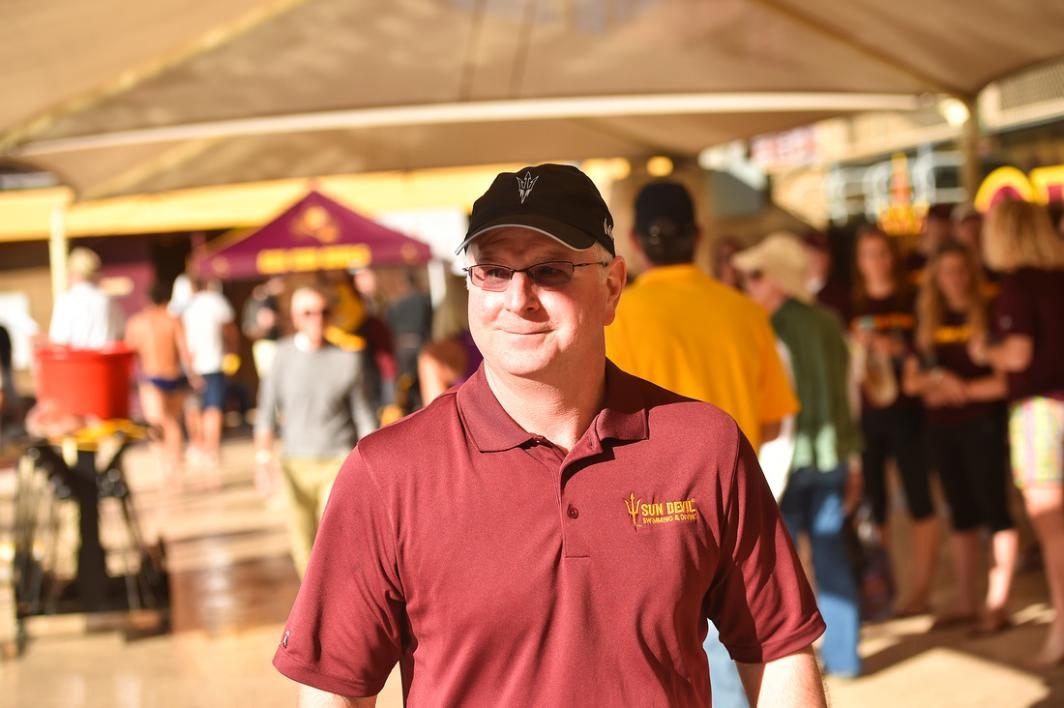 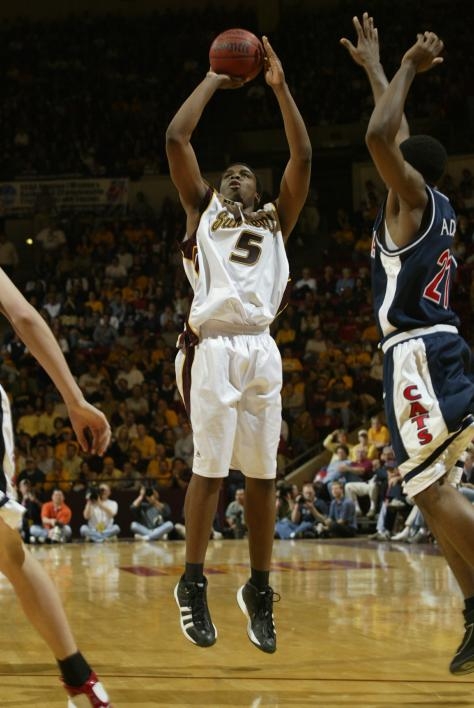 Basketball player Ike Diogu will be competing on the court for Nigeria. 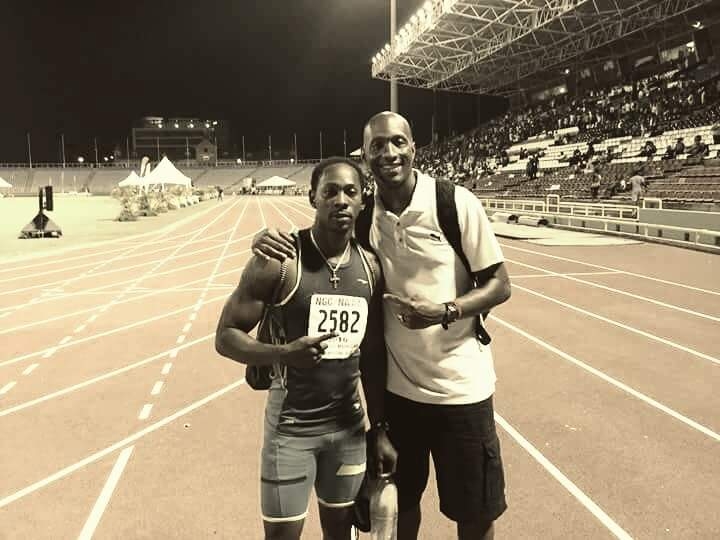 Track and field athlete Marcus Duncan (left) will represent Trinidad and Tobago in the 4x100 relay. 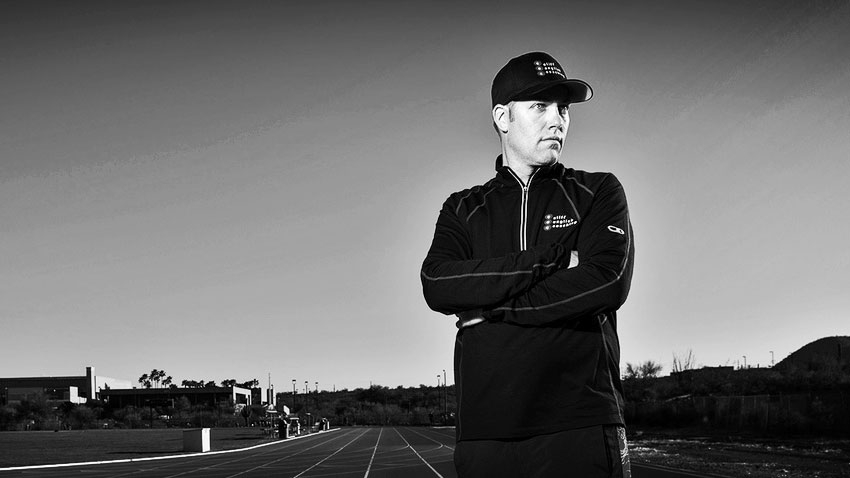 Cliff English is the coach of the new women’s triathlon team, which he will leave for a few days to be the personal coach for two Olympic triathletes in Rio. 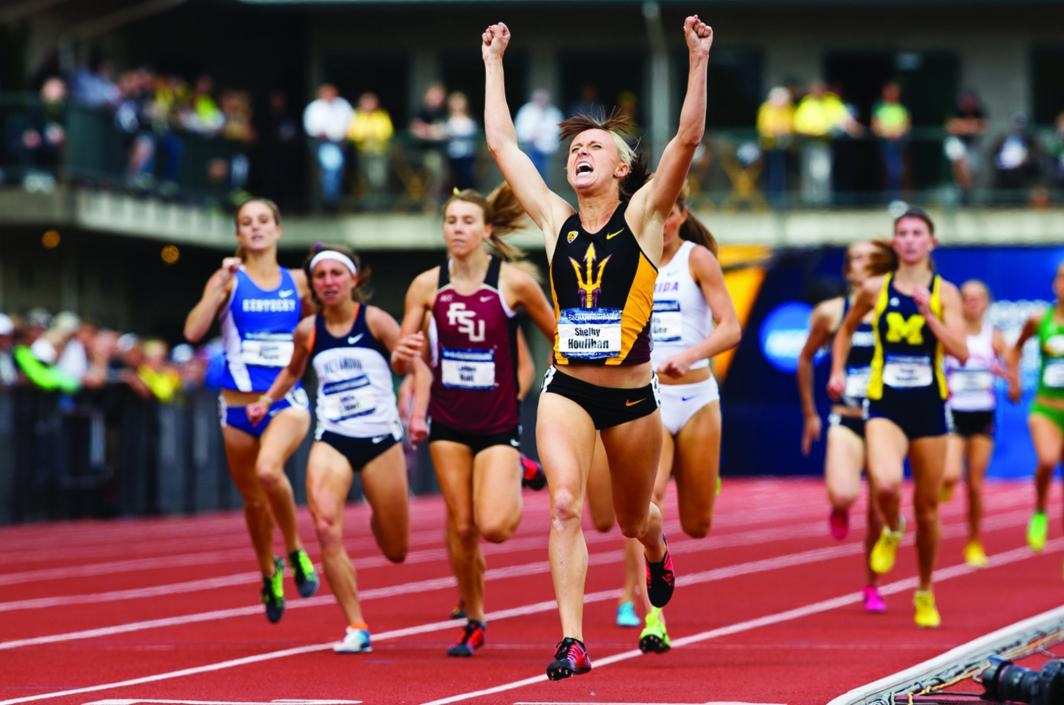 Track and field athlete Shelby Houlihan will run the 5,000-meter for the U.S. 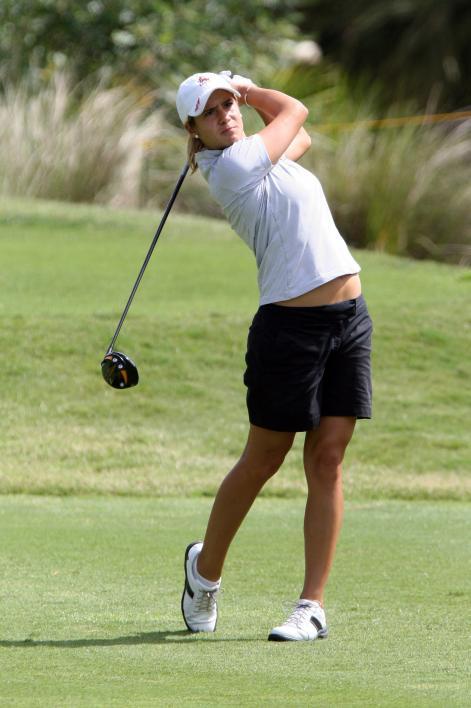 Golfer Azahara Munoz will tee up for Spain. 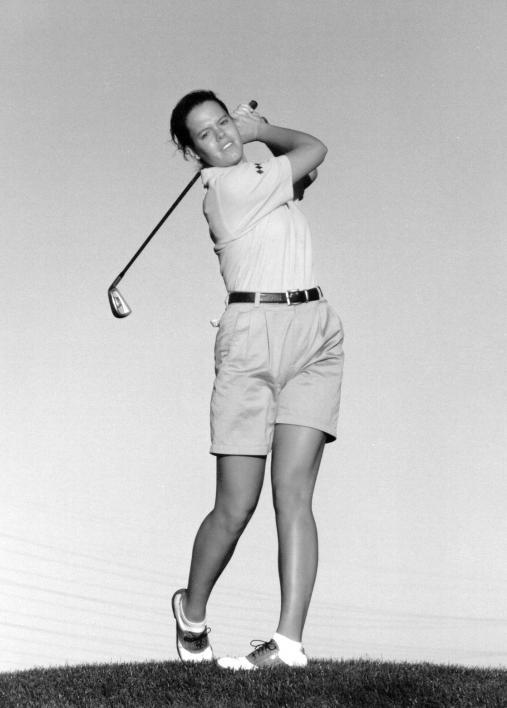 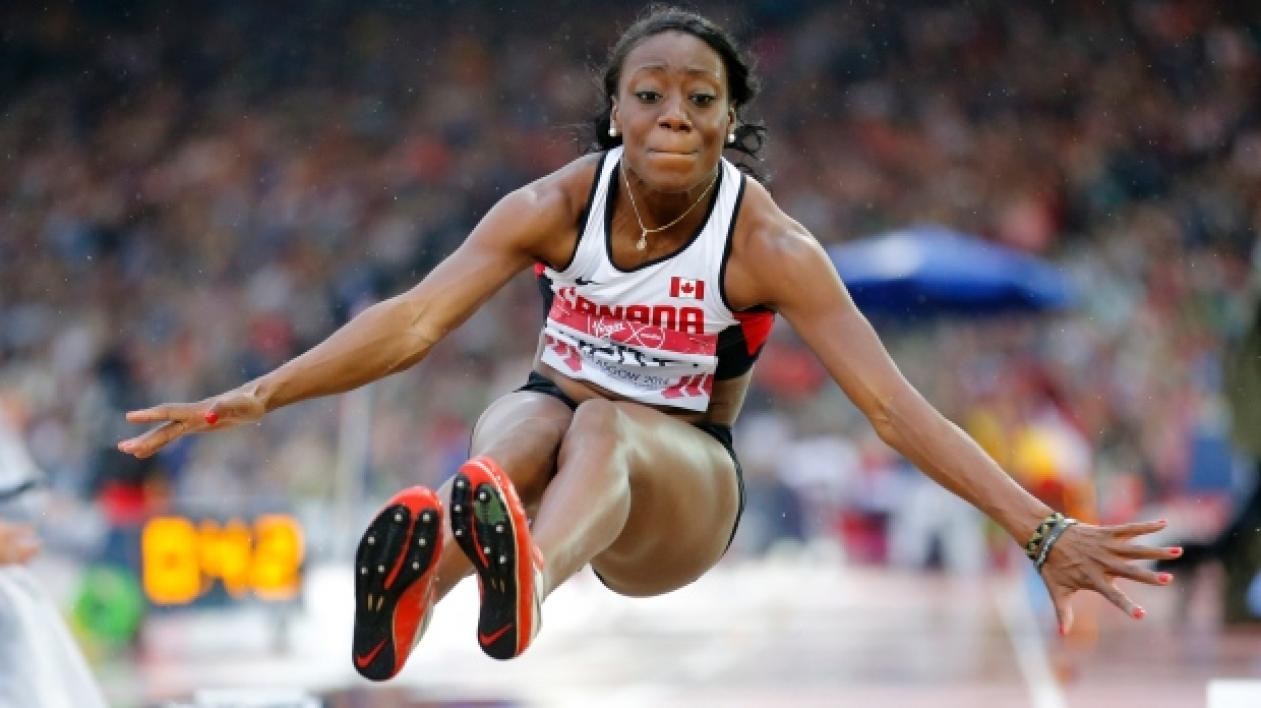 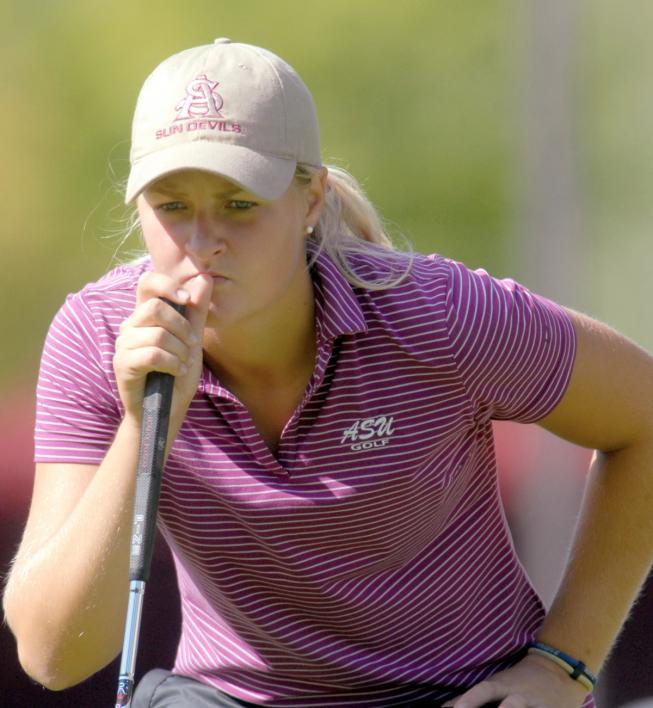 Golfer Anna Nordqvist will hit the links for Sweden. Track and field athlete Donald Sanford will run the 400-meter for Israel. 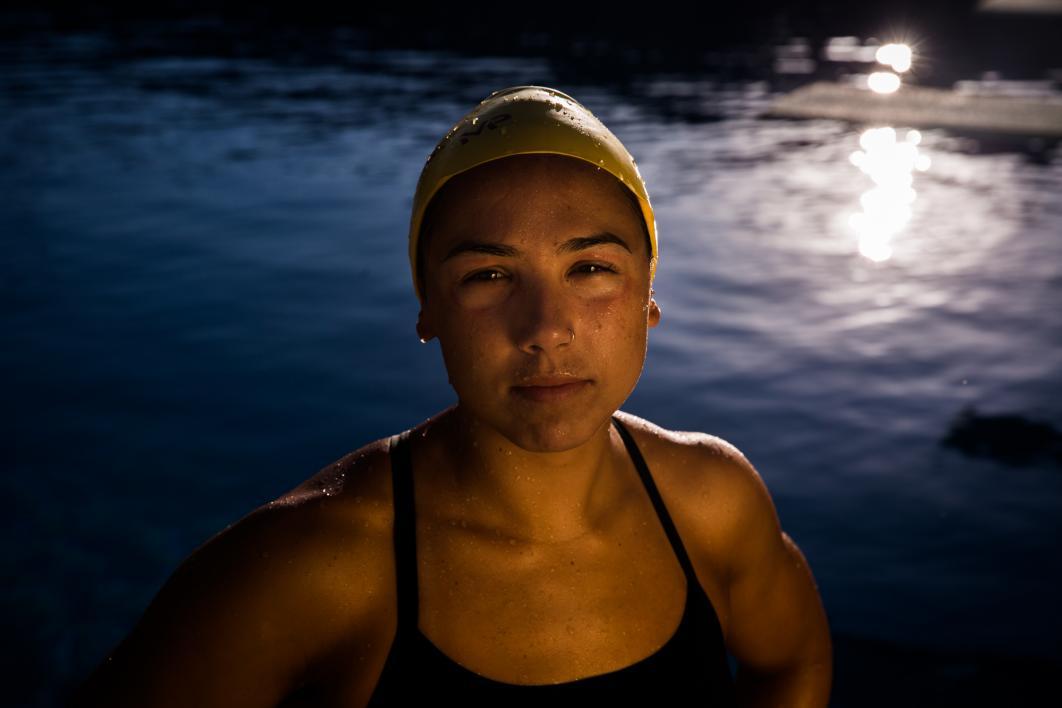 Swimmer Katarina Simonovic (also pictured at the top of this story) will represent Serbia in the 200-meter freestyle.

Olasz, representing Hungary, didn’t find out she was going to the Olympics until July 25, when a Russian swimmer was disqualified from competing and Olasz was awarded the spot just three weeks before the open-swim event.

Two of the Rio-bound Sun Devils are current coaches. Bob Bowman, the ASU head swimming coach, is the U.S. men’s swimming coach and also the personal coach of Michael Phelps, who is competing in his fifth Olympics after training at ASU the past year. Cliff English is the coach of the new women’s triathlon team, which he will leave for a few days to be the personal coach for two Olympic triathletes in Rio.

Also, Keenan Robinson will be the head trainer for the U.S. swim team. At ASU, he is the head of high-performance services for aquatic sports.

There are 20 former ASU student-athletes competing, including five women’s golfers.

Cronkite students are about to learn that the Olympics are all about numbers: About two dozen young journalists plan to file more than a hundred packages in a 24/7 news operation covering 10,000 athletes competing in 28 sports over three weeks.It might sound daunting, but Arizona State University sports journalism graduate student Alex Caprariello said he and his classmates are ready.“We’re as... Cronkite students are about to learn that the Olympics are all about numbers: About two dozen young journalists plan to file more than a hundred packages in a 24/7 news operation covering 10,000 athletes competing in 28 sports over three weeks.

It might sound daunting, but Arizona State University sports journalism graduate student Alex Caprariello said he and his classmates are ready.

“We’re as much a news organization as anyone else,” the 25-year-old Caprariello said. “We’re going to try and build our name while we’re over there, establish our credibility and not act like the new kids on the block.”

Caprariello is one of 25 students from ASU’s Walter Cronkite School of Journalism and Mass Communication who are in Rio de Janeiro to provide Olympic coverage to Arizona news outlets, hone their skills and learn a new culture in an immersive study-abroad program.

“This is a 24/7 news operation in a foreign country, and that’s not something you can easily replicate,” Lodato said. “We feel it’s a wonderful opportunity for any student to get to experience this at any stage of their career, so there will be a lot to take in.”

The trip is part of a growing sports journalism program at the Cronkite School that features a range of sports journalism classes and reporting bureaus in Phoenix and Los Angeles. Recently, Cronkite students have covered the Super Bowl, the college football’s national championship game, Major League Baseball spring training and the funeral of Muhammad Ali. They’ll also be reporting from the 2017 men’s Final Four in Glendale, Arizona.

Also, more than 20 Cronkite News students have returned recently from covering the presidential nominating conventions in Cleveland and Philadelphia.

The students weren’t oblivious to the political, economic and health challenges Brazil has faced in the run up to hosting the 2016 Summer Olympics. In the past two years, the South American nation has experienced its largest recession in decades, watched its first-ever female president get impeached and dealt with massive protests. Lately, there has been a heavy media focus on the Zika virus, a mosquito-borne disease linked to birth defects that has been present in the region.

Senior Logan Newman, however, said he’s confident in the school’s safety planning and that he wouldn’t miss the opportunity.

“It’s every sports fan’s dream to go to the Olympics,” Newman said. “Doing it in a capacity where I can meet the athletes in a fun environment seemed to make it that much more meaningful.”

Boeck, a former USA Today sportswriter who been to nine Olympics, said the trip was “the ultimate resume booster” for students. “They’ll get jobs, that’s what they’ll get. You put that on your resume.”

The opportunity will also offer once-in-a-lifetime experiences. Boeck said at the 2012 Games he asked basketball legend Kobe Bryant after a practice session to talk Cronkite student Megan Stewart about the importance of her job. “He talked with Megan for 10 minutes and gave some very thoughtful advice to her. She still talks about that to this day. And she is a journalist.”

The students, who were selected in a competitive process and receive academic credit, will occupy an entire hostel near the Olympic village. They’ll work with Campus Brazil, an independent company that organizes study abroad trips, and a few journalism students from Mackenzie University in Sao Paulo to help them translate and navigate Rio, which is expecting an influx of 500,000 visitors.

Kurland, an Emmy-winning producer, said he, Lodato and Muench have been preparing for the trip since 2014, working on logistics, lodging, media credentials and news coverage. “The overarching idea is to write stories that are relevant to Arizona. It builds on the network that Cronkite News has already developed,” he said.

The group arrived in Rio on Monday. They have already made visits to two landmarks; Christ the Redeemer, the world-famous 98-foot statue, and Sugarloaf Mountain (pictured at top of story), a peak that offers a bird’s-eye view of Rio.

Come Friday it’ll be all business. That’s when the opening ceremony takes place in Rio’s Maracana Stadium, where soccer legend Pele will light the Olympic flame in front of thousands of athletes, officials, entertainers and spectators.

Students will receive credentials from the Rio Media Center along with approximately 25,000 other reporters from around the world. The access will allow them to report from various Olympic sites in and around the city and to attend press conferences.

For his part, Caprariello hasn’t waited on the competitions to get started. Before he left Phoenix, he filed two feature stories. The first was on Chloe Woodruff, a member of the U.S. Olympic Cycling Team from Prescott, Arizona.

Caprariello said the conditions in Rio are favorable for Woodruff, who he predicts will do well. He also reported on the Olympic velodrome controversy. The $43 million cycling venue hit a major snag when the company building the facility filed for bankruptcy protection in the middle of construction. The city had to enlist an emergency contractor, who finished the work in late June.

When Caprariello isn’t working on a story, he’ll be working up an appetite. “I’ve heard so much about the food, especially the Brazilian barbecue. You don’t talk to anyone from Rio without them bringing that up.”