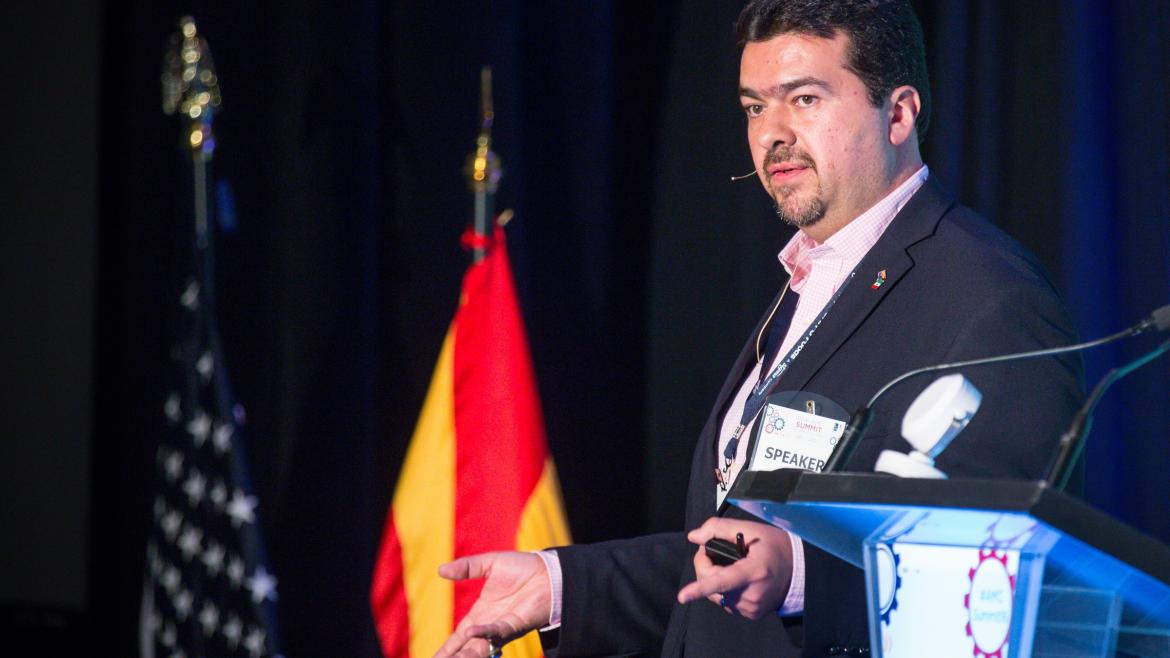 The visit here from Mexico’s lead energy-reform planner June 23 underscores the key role Arizona State University will have in working with the United States’ southern neighbor to take its energy sector into the future.

Leonardo Beltrán Rodríguez, undersecretary for planning and energy transition under Mexico’s Secretary of Energy (SENER), met with ASU leaders and academics in Tempe before heading to Scottsdale to address the Arizona-Mexico Commission Summit 2016.

Beltrán (pictured above) is managing the most significant reform of Mexico’s energy sector in more than 70 years — a historic move that includes privatizing the state-run system.

“The energy reform is enabling us to take full advantage of our nation’s natural resources, infrastructure and talent,” said Beltrán. “And in talent, specifically, this opens a window of opportunities.”

The previous state-controlled energy-sector model was inefficient at integrating with other institutions to have its needs met, he said. But it took constitutional action and national consensus at many levels to change the system.

“It wasn’t a model that gave signals to the market so the education sector could pick up on those signals and determine needs, whether it be electrical engineers, petroleum engineers, geologists, electricians, etc.,” said Beltrán, who holds a master’s degree in public administration and international development from Harvard. “With the reform we can have markets, such as electricity and energy, cohabitating with the talent market.”

During the visit, Beltrán and ASU Provost Mark Searle signed a letter of intent to formalize the relationship between the university and SENER. The goal, among others, is for ASU to collaborate with SENER in developing the talent pool needed as Mexico’s reforms move forward.

“This is where Mexico turns to its associates and friends to see how we can reinforce, amplify and consolidate the institutional capacities that we have,” said Beltrán. “ASU has great and very important capabilities related to the development of the energy sector, and in particular in the fields of sustainability and renewable energy.” 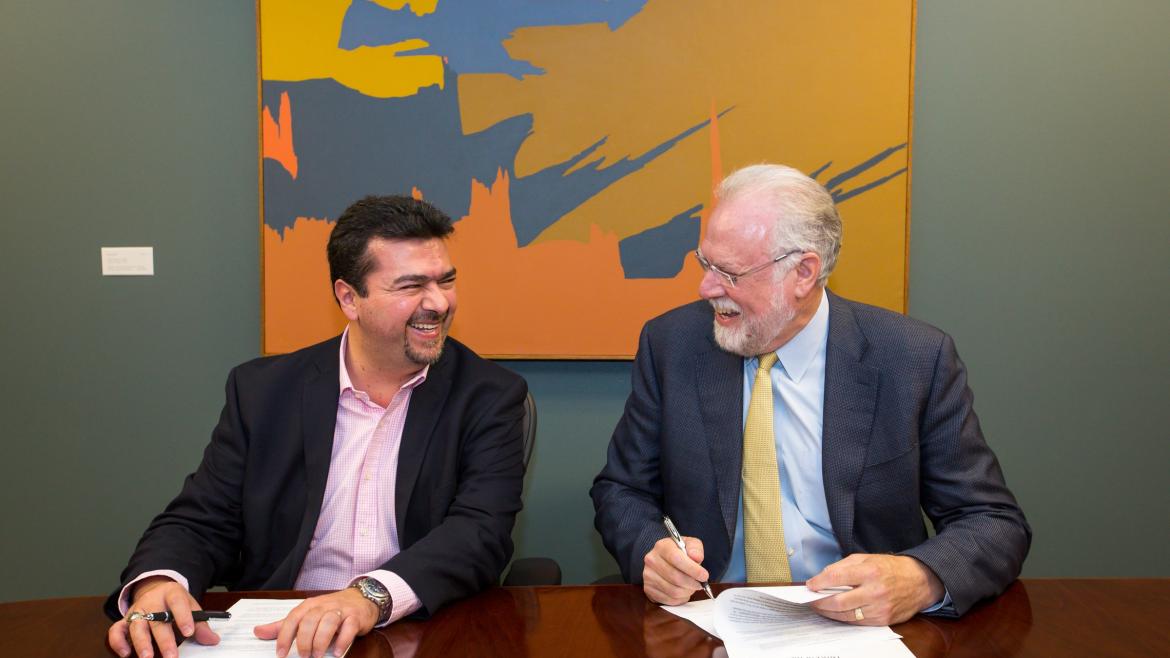 Leonardo Beltrán Rodríguez (left), undersecretary for planning and energy transition under Mexico’s Secretary of Energy, signs a letter of intent with Mark Searle, ASU executive vice president and university provost and professor, on Thursday, June 23, in Tempe — formalizing the relationship between the university and Mexico’s Secretary of Energy for future collaboration in energy research and education. Photo by Charlie Leight/ASU Now

Mexico wants to unite with those that have the tools and “have done it well” in terms of developing talent while sustaining natural resources, Beltrán said.

As one of the leading universities in energy and sustainability research, ASU is a clear choice. The university is now part of Mexico’s Binational Laboratory for the Intelligent Management of Energy Sustainability and Technological Education — a collaborative organization led by the Tecnologico de Monterrey institute and charged with elevating Mexico’s energy sector to equal levels with the world’s most advanced nations.

“ASU is one of the premier universities in the U.S. in terms of energy research, with nationally recognized centers such as PSERC (Power Systems Energy Research Center) and QESST (Quantum Energy and Sustainable Solar Technologies) working in the areas of relevance to the binational laboratory,” said Stephen Goodnick, deputy director of ASU’s LightWorks, a solar-electric research initiative. “ASU also has strong partnerships within Mexico, with more than $35 million worth of projects related to Mexico either in partnership with Mexican entities or with a focus on Mexican topics, cultures or materials.”

Beltrán also pointed out that the reforms not only open the door for energy integration between the two nations but also reinforce the region’s economic competitiveness in the global market.

“We want to be number one,” he said, referencing the Mexico, U.S. and Canada region in relation to other global regions. “That’s why we changed our legal framework (to enact the reforms).”

Beltrán is grateful for the opportunity to be partnering with ASU and had one final message for the university.

“Thanks for opening your doors to SENER to take these first steps with the letter of intent to formalize our alliance,” he said. “And thanks for opening the door into Arizona and to one of the great universities in the U.S. to work with Mexico in developing our nation’s talent.”

Federal data on power-plant carbon dioxide emissions is significantly flawed, according to a study by Arizona State University scientists published this month.Monthly emission differences at a fifth of U.S. power plants varied plus or minus 13 percent. At half the plants, differences varied plus or minus 6 percent.Inaccurate data undermines the federal Clean Power Plan, which is designed to streng... 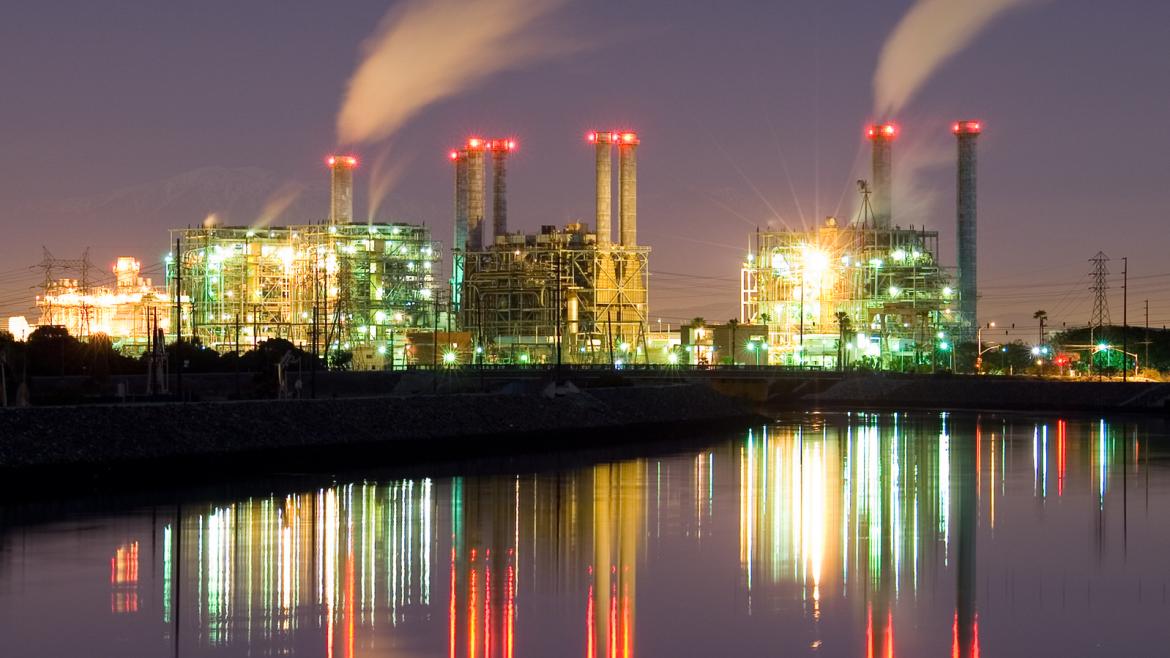 Small nationwide median difference masks large variation at some facilities.
Problem is fixable — now that we know it's there, ASU scientist says.
June 24, 2016

Federal data on power-plant carbon dioxide emissions is significantly flawed, according to a study by Arizona State University scientists published this month.

Inaccurate data undermines the federal Clean Power Plan, which is designed to strengthen the trend of clean energy by setting a national limit on carbon pollution produced from power plants.

“I would say that, in order for that piece of policy to be as effective as I’m assuming everyone wants, we need to make sure we’re monitoring and measuring power plants accurately,” said Kevin Gurney, lead author of the study. GurneyGurney is a senior sustainability scientist in the Julie Ann Wrigley Global Institute of Sustainability and an associate professor in the School of Life Sciences in the College of Liberal Arts and Sciences. is an atmospheric scientist, ecologist and policy expert working in carbon-cycle science, climate science, and climate-science policy. 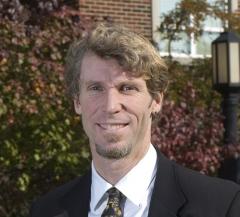 Gurney (left) was “pretty darn surprised” by the findings.

“That’s too much error,” he said. “You can’t implement and enforce a policy with that type of error.”

The scientists analyzed those two data sets and have found that when averaged over all U.S. facilities, the median percentage difference is less than 3 percent. However, this small difference masks large differences at individual facilities.

“Power-plant emissions have been looked at for a long time, but they’re typically examined in the aggregate — ‘Here’s the whole U.S.,’” Gurney said. “They just haven’t been looked at individually or analyzed individually. That of course is where the problem arises.”

“This policy relies on the achievement of state-level CO2 emission-rate targets,” the authors wrote. “When examined at the state level, we find that one-third of the states have differences that exceed 10 percent of their assigned reduction amount. Such levels of uncertainty raise concerns about the ability of individual states to accurately quantify emission rates in order to meet the regulatory targets.”

It’s fixable, according to Gurney.

“It’s just that no one has paid attention,” he said. “I think that just a little bit of recalibration and consideration of good instruments, and a little more transparency from utilities, and it can fixed.”

The Clean Power Plan requires individual states to meet specific standards. Currently the plan is tied up in court; resolution is not expected this election year.