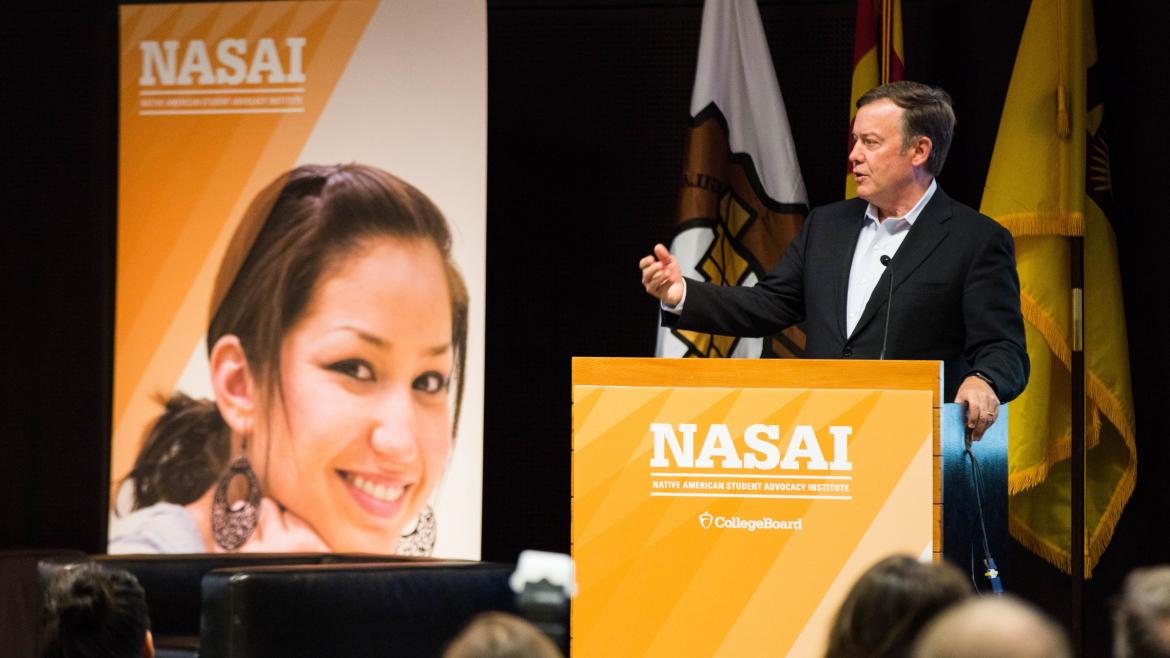 Pathways to success for Native students

Two heads are better than one. Gather a whole roomful of bright minds and there’s no telling what can be accomplished.

Arizona State University and the College Board hosted the annual Native American Student Advocacy Institute (NASAI) National Conference on ASU’s Tempe campus this week. The two-day conference brought together tribal leaders, community representatives and educational professionals from throughout the nation to collaborate and share strategies and best practices to close the educational gap in the American Indian community.

Attendees at the conference also viewed an early screening of the video below — ASU students and alumni offer a greeting in their Native language and share their purpose and goals for the future.

“ASU is honored to host this important convening of thought leaders from across Indian Country to address the important issues facing Indigenous students,” said Bryan Brayboy, special adviser to the president on American Indian initiatives at ASU.

There are 22 American Indian tribal nations in the state of Arizona. Through workshops such as the RECHARGE Conference, ASU provides Native American middle and high school students the tools and resources for a bright educational future, helping them to envision themselves at the university.

In the past decade, ASU has increased American Indian/Alaska Native enrollment by more than 30 percent, enrolling more than 2,000 students during the 2015-2016 school year. The university continues to evolve — and collaborate at events such as these — to increase the number of Native students enrolled in institutions of higher learning.

Once at ASU, there are a variety of resources to help students achieve their full potential and succeed through graduation. In May, 354 degrees were conferred to American Indian students, a number that ASU aims to increase as the university forges forward in providing an accessible, affordable, quality education and increase the social mobility of all the residents of Arizona. 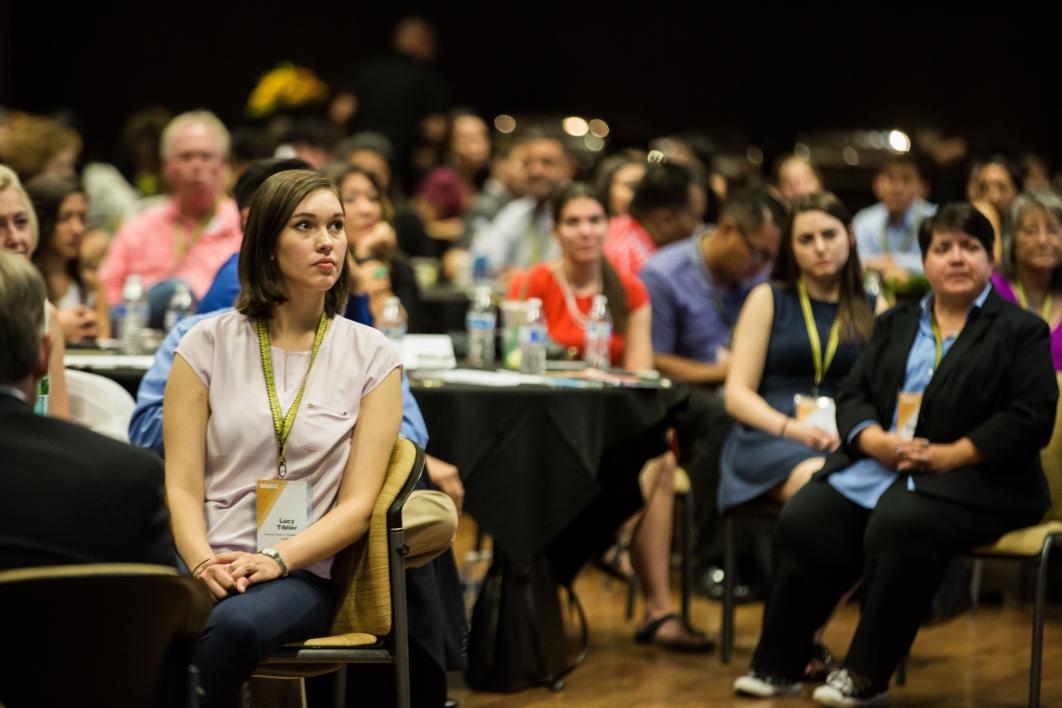 Partipants at the Native American Student Advocacy Institute's annual national conference heard from a variety of speakers on important issues for indigenous students, including creating pathways to success, teaching teachers to teach from a Native lens and more. 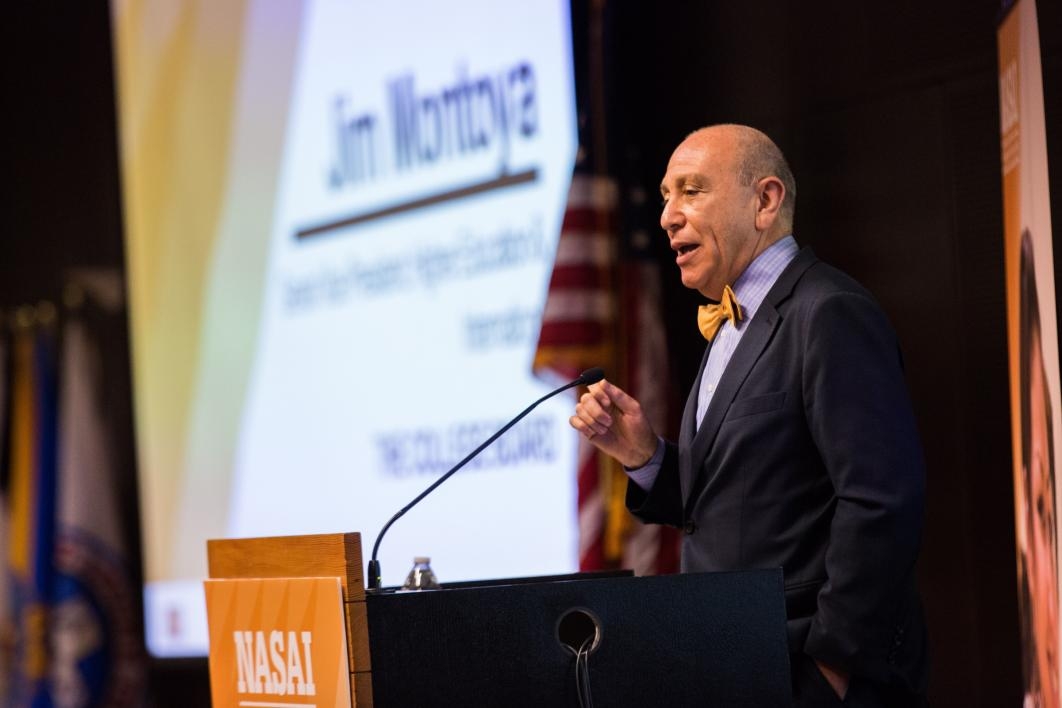 Jim Montoya, senior vice president of higher education and international for the College Board, speaks to NASAI conference attendees Tuesday in Tempe. 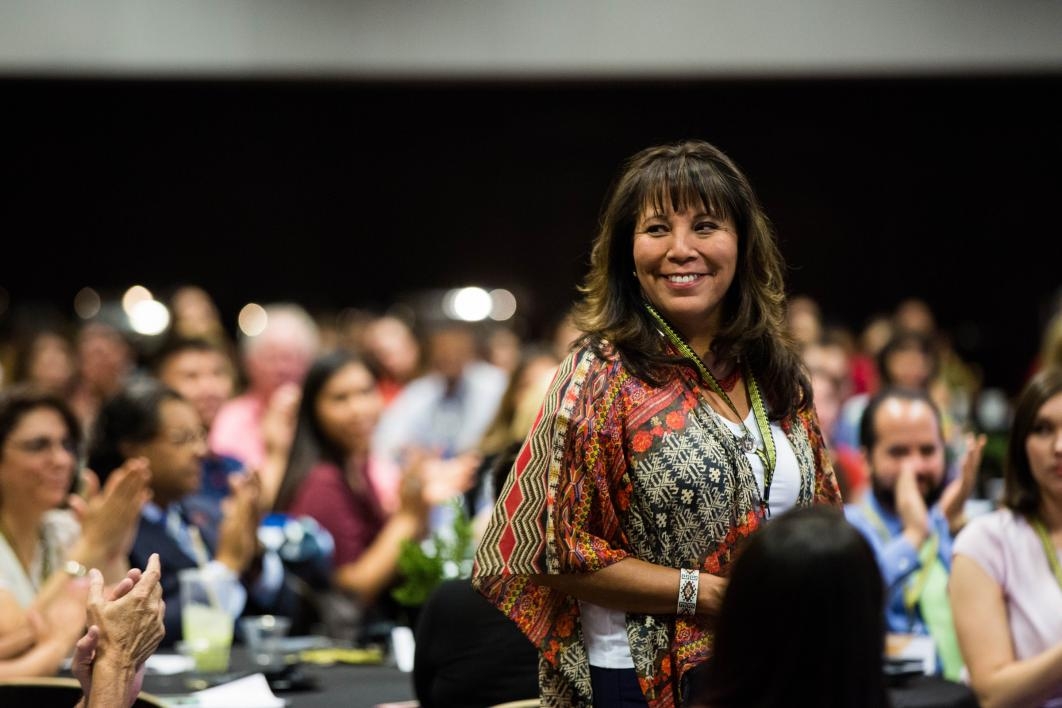 Karen Francis-Begay is recognized for her efforts during the NASAI conference at the Memorial Union on Tempe campus on Tuesday afternoon. Francis-Begay is assistant vice president for tribal relations in the Executive Office of the President at the University of Arizona. 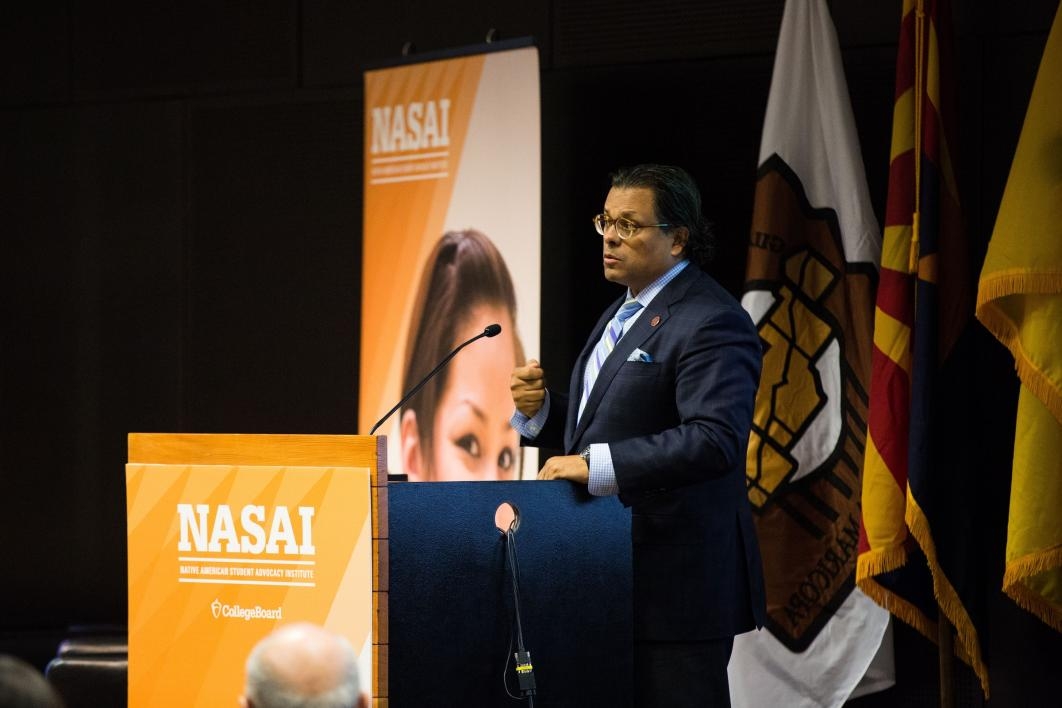 Bryan Brayboy, special adviser to the president on American Indian initiatives at ASU, introduces President Michael Crow at the conference. Brayboy, who is also President's Professor and Borderlands Professor of Indigenous Education and Justice in the School of Social Transformation and director of the Center for Indian Education, called the event an important convening of thought leaders. 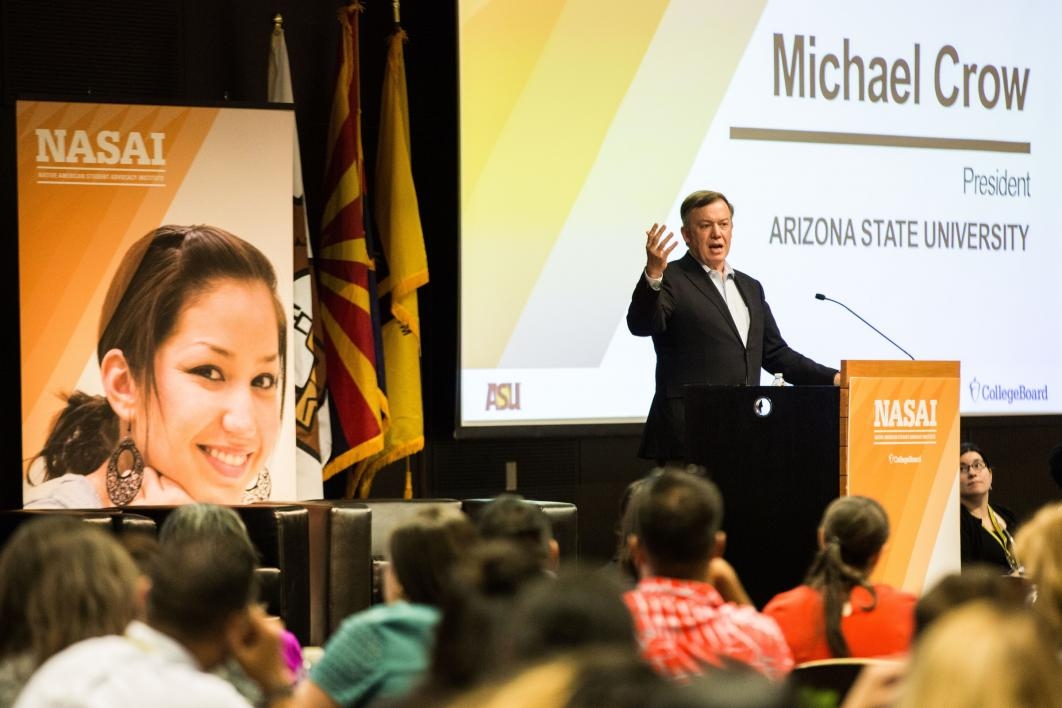 ASU President Michael Crow addresses the conference on the second of two days covering topics such as excellence and access in higher education.

The potential of a gene drive to do good is great. For example, it could be used to eliminate infectious diseases such as malaria or the Zika virus. But it also could be used to wipe out specific species, raising ethical issues.Because it is such a powerful technology and because questions remain about its use, caution should be used as we move forward in the development of gene drives, according ...

The potential of a gene drive to do good is great. For example, it could be used to eliminate infectious diseases such as malaria or the Zika virus. But it also could be used to wipe out specific species, raising ethical issues.

Because it is such a powerful technology and because questions remain about its use, caution should be used as we move forward in the development of gene drives, according to a blue-ribbon committee of experts. 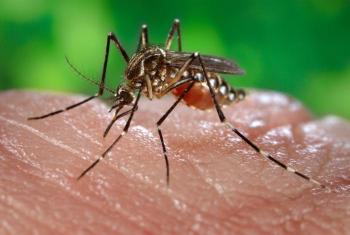 The committee, funded by the National Institutes of Health (NIH) and the Foundation for the NIH and co-chaired by Arizona State University professor James P. Collins, said the uncertainty posed by this fast-moving field of study emphasizes the need for informed decisions about its development and application.

The committee recommends a collaborative, multidisciplinary and cautionary approach to research on and governance of gene drive technologies.

“The science and technology associated with gene drives is developing very quickly,” said Collins, the Virginia M. Ullman professor of Natural History and the Environment in the School of Life Sciences at ASU. “But before gene-drive-modified organisms are put into the environment, our committee urges caution — a lot more research is needed to understand the scientific, ethical, regulatory and social consequences of releasing such organisms.”

Gene drives are systems of “biased inheritance” that enhance a genetic element's ability to pass from parent organism to offspring. With the advent of new, more efficient and targeted gene-editing techniques such as CRISPR/Cas9, gene modifications can, in principle, be intentionally and quickly spread throughout a population of living organisms.

They could be used to address public-health threats, conservation-related issues, agricultural pests and other challenges. For example, gene drives might be developed to modify organisms that carry infectious diseases such as dengue, malaria and Zika. In agriculture, a gene drive might be used to control or alter organisms that damage crops or carry crop disease.

On the other hand, some gene-drive-modified organisms might lead to unintended consequences, such as the unintentional disruption of a non-target species or the establishment of a second, more resilient invasive species.

The gaps in our understanding of the biology of gene drives and the potential effects of gene-drive-modified organisms on the environment are fundamental considerations in the development and release of gene-drive-modified organisms, the report states. Laboratory and field research is needed to refine gene drive mechanisms and better understand how gene drives work, from the molecular level through species and ecosystem levels.

Meeting this need will require collaboration among multiple fields of study including molecular biology, population genetics, evolutionary biology and ecology, according to the report. In addition, open-access, online data banks and standard operating procedures should be established to share information and guide research design.

The committee recommended a phased testing approach to gene drive research to guide research from the laboratory to the field. Because the goal of using a gene drive is to spread genetic information throughout a population rapidly, it is difficult to anticipate its impact and important to minimize the potential for unintended consequences. Phased testing can facilitate evidence-based decision making, with every step promoting careful study and evaluation. 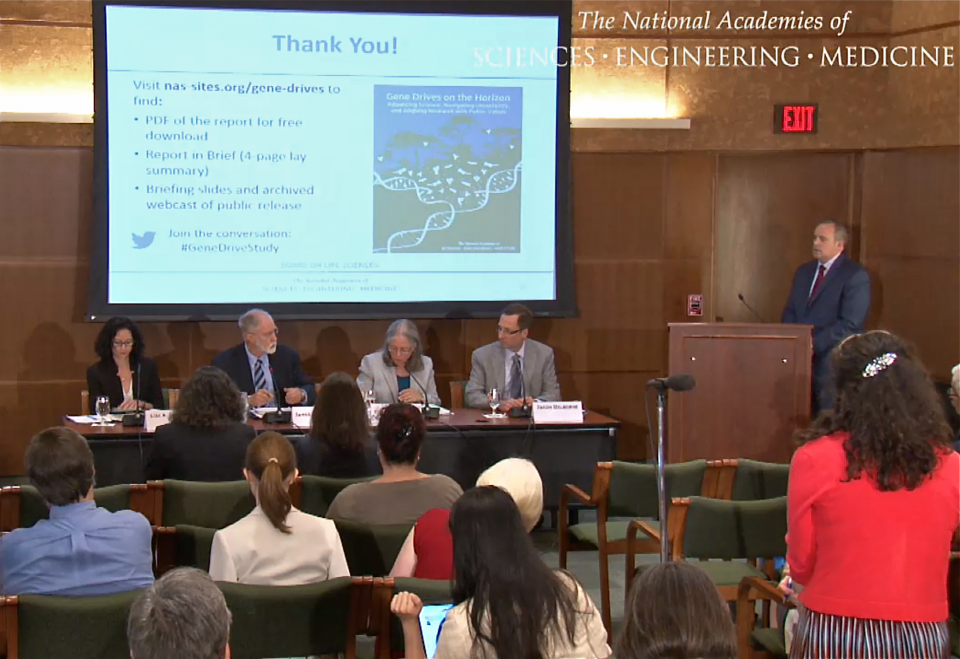 ASU professor James P. Collins (second from left at table) co-chaired the national committee looking at best practices and recommendations on gene drives. The committee delivered its report Wednesday in a live webcast from Washington, D.C., shown here in a screenshot.

Each proposed field test or environmental release of a gene-drive-modified organism should be subject to robust ecological risk assessment before being approved. These assessments, which take into account the gene drive’s characteristics, effects on humans and the environment, and local values and governance, are a key tool for determining a gene drive’s impacts, the report states. As of May 2016, no ecological risk assessment has been conducted for a gene-drive-modified organism.

Public engagement can help frame and define the potential harms and potential benefits of using a gene-drive-modified organism, and must be built into risk assessment and decision-making. The outcomes of public engagement may be as crucial as scientific outcomes in making decisions about whether to release a gene-drive-modified organism into the environment.

The report recommends that the governing authorities, including research institutions, funders and regulators, develop and maintain clear policies and mechanisms for how public engagement will factor into research, ecological risk assessments and public-policy decisions about gene drives.