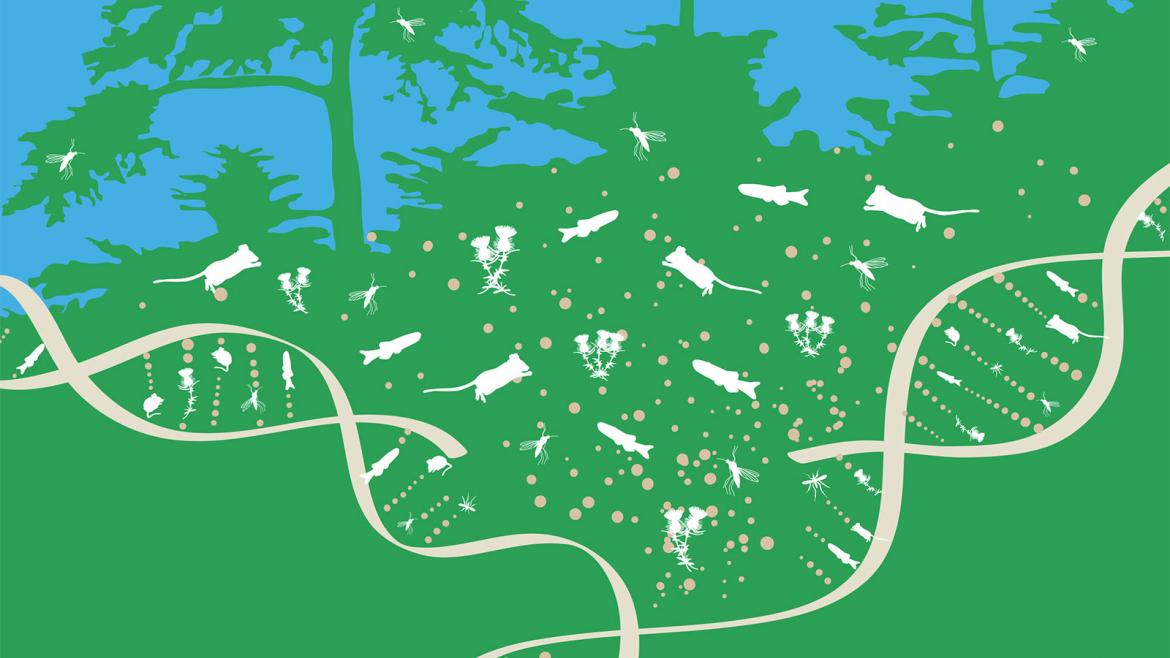 Weighing the consequences of gene drives

Now imagine the risk, the unintended consequences that such a technology could have.

It’s not a science-fiction hypothetical. Scientists have developed a gene-editing technology called CRISPR/Cas9. When used with a naturally occurring genetic process called a “gene drive,” researchers can now push new genetic traits into a population of organisms — including causing a species to go extinct.

To assess this risk and to promote responsible research practices in this fast-developing technology, the National Institutes of Health and the Foundation for the NIH funded a committee under the auspices of the National Academies of Science, Engineering and Medicine to develop a consensus report on gene drives.

The committee — made up of 16 representatives from the social and natural sciences, a deliberate mix of biologists, ethicists and policy makers — released its findings today in Washington, D.C. The group emphasized that "responsible science" and values must be at the center of this discussion. The presenters said that although there are clear potential benefits for basic and applied research — including phased testing in highly controlled field trials — there is insufficient evidence to support any release of gene-drive-modified organisms into the environment. 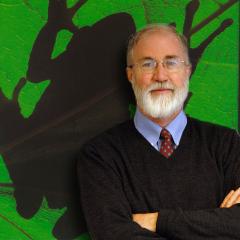 James P. Collins (left), an Arizona State University Virginia M. Ullman Professor with the School of Life Sciences, co-chaired the committee. The group spent about a year thinking through the scientific, ethical, legal and social implications of gene drive research.

“The science and technology associated with gene drives is developing very quickly,” Collins said in the report. “But before gene-drive modified organisms are put into the environment, our committee urges caution — a lot more research is needed to understand the scientific, ethical, regulatory, and social consequences of releasing such organisms.”

He explained gene drives and both the positive outcomes and potential dangers of the technology to ASU Now.

Question: What are gene drives?

Answer: Gene drives are systems of biased inheritance in which the ability of a genetic element to pass from a parent organism to its offspring through sexual reproduction is enhanced.

But in nature, sometimes we see species with a high fraction of males. This is a naturally occurring gene drive that can be harnessed through gene-editing techniques to push other genetic traits through a population.

A: CRISPRCRISPR (Clustered regularly-interspaced short palindromic repeats) are segments of bacterial DNA that, when paired with a specific guide protein, such as Cas9 (CRISPR associated protein 9), can be used to make targeted cuts in an organism’s genome./Cas9 is the name of a specific gene-editing technology. It can used to develop a gene drive in a bisexual species (one with males and females) such as the mosquito, and force a specific gene or trait to move quickly throughout a population.

In principle, you could apply this technology to the mosquito species that carries the Zika virus or malaria. Hypothetically, you could create a population of all male mosquitos and drive the species extinct, or certainly, drive it to low numbers.

The point of these drives is that you take advantage of the natural system in which one part of the genome can basically out-reproduce another part of the genome and you wind up with greater than 50 percent frequency in the population.

Q: What are some positive types of possible applications?

A: Imagine there’s an invasive species that is causing environmental or ecological damage. You could introduce a gene drive into the population that could cause it to decline in numbers or even go extinct.

There are several cases where one might be quite happy to do this. For example, invasive species that are introduced to areas where they didn’t originally evolve — carp in the Great Lakes, or mosquitos that carry the Dengue virus into the United States — these problems could be eliminated by using this gene drive technology.

You could also drive a weedy species to extinction in order to advance agriculture productivity. Unlike insecticides or genetically modified organisms, these will go through populations and keep moving as long as sex is involved. It is important to note, however, that these technologies are not bounded by a farm field, nor are they bounded by international borders.

In addition, you could drive a beneficial gene into a population. For example, you could hypothetically increase the productivity of a species.

Q: What are some of the potential dangers to using this technology?

A: One of the committee’s main tasks was to look at these challenges not only from a biological standpoint, but also from ethical, regulatory and governance perspectives. These are complex issues to consider, and there are potential downfalls to the technology.

A: Humans are not good candidates for this technology because the time between our generations is long. Depending on where you live, it’s about 14 years or longer. Generation time is from the birth of one baby to birth of another baby. Twenty years would be an average for humans. This technology is going to be most effective in organisms with short generation times.

Q: How old is this technology, and is it currently being used outside of the lab?

A: The CRISPR/Cas9 part of this technology has been around only about five or six years. There have been three studies conducted in the U.S. on mosquitos, but all were lab studies and no mosquitos have been released in the field.

As early as the 1960s, researchers proposed that gene drives might be used to modify populations of organisms. The CRISPR/Cas9 part of this technology has been around only about five or six years. There have been four studies conducted that demonstrate the action of gene drives — two on mosquitos, one on yeast and on the fly Drosophila — but all were lab studies. No mosquitos have been released in the field.

Q: What was the impetus for creating a committee to write this report?

A:  The National Institutes of Health and the Foundation for the NIH approached the Board on Life Sciences and asked the board to prepare a consensus report on gene drive technology and issues that may surface with its use. I served as a co-chair with Dr. Elizabeth Heitman from Vanderbilt University Medical Center.

Our committee was charged with assessing the future regarding gene drive technology, which is an area of science that can benefit from a detailed evaluation regarding the science as well as the ethical, legal and social implications of the research.

Q: What is your personal opinion about this technology?

A: This is moving so fast, and it’s a fascinating technology. I must get an email each week proposing to apply gene drive technology to one system or another.

This technology is not fully mature. There is not sufficient evidence at this time to support the release of gene-drive modified organisms. We need to put in place what the regulatory structure ought to look like before gene-drive-modified organisms are released into the environment. We don’t want something such as happened with nanotechnology — things being released into the environment and then you’re trying to do regulation post-hoc.

In our report, we’ve looked into what we ought to be thinking about in terms of science, the basic science, its application and the implications for society including things such as regulation and governance.

The School of Life Sciences is an academic unit of the College of Liberal Arts and Sciences. Top image courtesy of the the National Academies of Science, Engineering and Medicine.

The ASU Foundation for A New American University has been named a 2016 AZCentral.com Top Company to Work for in Arizona, an annual award presented by Republic Media and the Arizona Commerce Authority.Formerly known as CareerBuilder Top Companies of Arizona Program, 2016 marks the third year in a row the foundation has received the honor.Arizona companies were evaluated through questionnaires direc...

Named a 2016 AZCentral.com Top Company to Work for in Arizona

The ASU Foundation for A New American University has been named a 2016 AZCentral.com Top Company to Work for in Arizona, an annual award presented by Republic Media and the Arizona Commerce Authority.

Formerly known as CareerBuilder Top Companies of Arizona Program, 2016 marks the third year in a row the foundation has received the honor.

Arizona companies were evaluated through questionnaires directed to employees and employers. Competing companies were then ranked on composite scores based on eight criteria including leadership and planning, work environment, and role satisfaction.

“We care about our team,” said foundation CEO R.F. “Rick” Shangraw Jr. “That’s why we continue to put an emphasis on creating and sustaining the best work environment possible for our employees.  We also want our people to grow, not only professionally, but in terms of personal fulfillment. What they do matters.”

This year, AZCentral.com Top Companies recognized the ASU Foundation for its many programs. The foundation promotes a holistic approach to mental and physical well-being through a weekly workplace yoga session and a “quiet,” private meditation room for staff, workplace assessment by an employee led advisory committee that meets quarterly to discuss issues of employee interest and concern, and continual professional development opportunities including a tuition reduction program for ASU.