Seeing Ourselves at the ASU Art Museum this summer 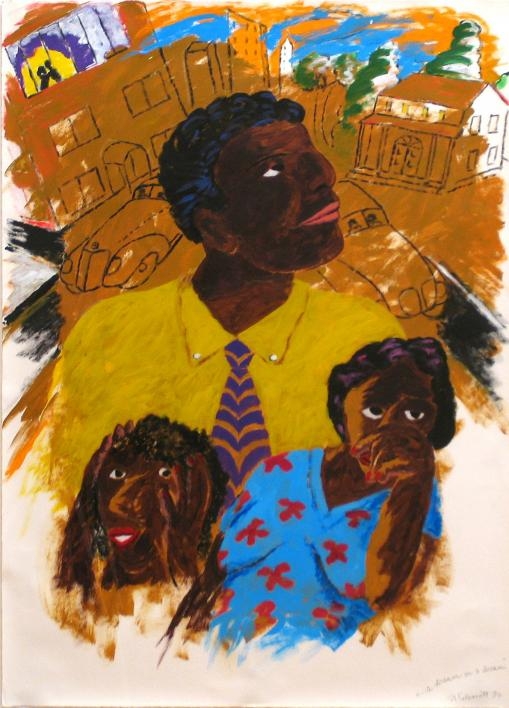 Photo Courtesy of Herberger Institute for Design and the Arts. 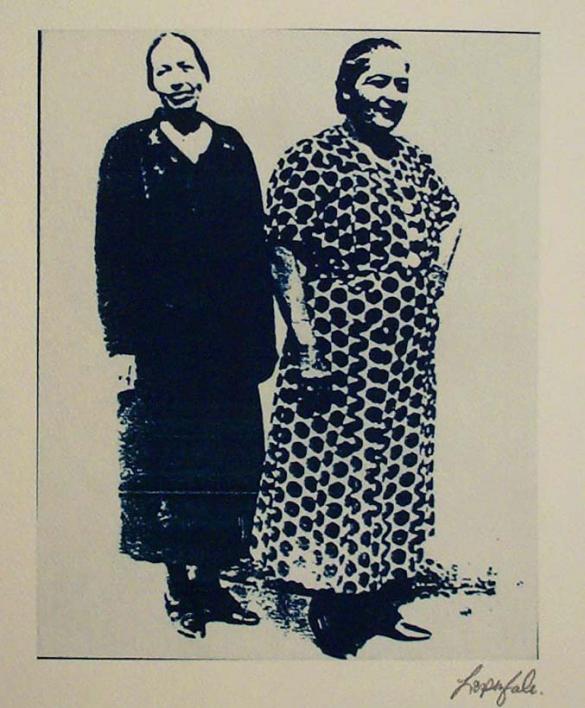 Photo Courtesy of Herberger Institute for Design and the Arts.

TEMPE, Ariz. - Valley residents can barely muster the energy to keep cool in the summer, let alone take on a major self-improvement project. Now folks can do both by heading to the cool underground of the ASU Art Museum for the exhibition Seeing Ourselves, July 1 - Sept. 23. The exhibition is a lesson in self-awareness and personal identity through portraiture, and coincides with the highly-anticipated annual event, Family Fun Day, July 15, 10 a.m. - 2 p.m.

Seeing Ourselves includes more than 50 artworks in several mediums that show the different ways artists depict themselves and their subjects. Overarching themes of self-esteem, self-awareness and personal identity are presented in text displays that accompany the work, which is from museum's permanent collection. 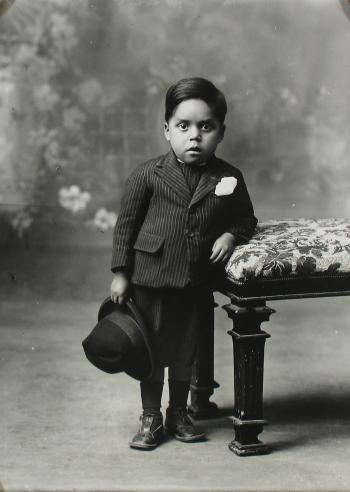 "The exhibition explains what comprises a portrait, such as physical characteristics, social status identifiers, psychological or emotional elements and personal effects," says curator Jean Makin. "It also encourages critical and creative thinking in terms of how we might interpret possible meanings for artworks today."

Activities in the gallery such as computer kiosks with image-morphing software, costume and graffiti walls and a life-sized interactive portrait also drive home the self-image experiment.

The free Family Fun Day event includes thematic art projects such as scrap-booking, face-painting and self-portrait activities. Musicians and dancers also will perform in several spaces at the museum. "Arthur" from the PBS children's show will appear courtesy of Eight/KAET which also will present a bi-lingual activity based on the "Berenstain Bears."

The ASU Art Museum is part of the Herberger College of Fine Arts at Arizona State University and is located on the southeast corner of Mill Avenue and 10th Street in Tempe.   Hours are 10 a.m. - 5 p.m., Tuesday through Saturday and admission is free.   For more information, call (480) 965-2787 or visit the museum online athttp://asuartmuseum.asu.edu .

The Walter Cronkite School of Journalism and Mass Communication at ASU is creating a new visiting professorship in journalism ethics in honor of deceased pioneering newswoman Edith Kinney Gaylord.

The Cronkite School will receive $120,000 over three years to fund the position, which is being provided by the Ethics and Excellence in Journalism Foundation of Oklahoma City. Gaylord founded the organization in 1982 with the goal to improve the quality and ethical standards of journalism.

"Edith Kinney Gaylord was an exceptional journalist and community leader who supported projects that promote education for journalism professionals, provide students with the opportunity to learn the craft and give universities necessary tools to fulfill their journalistic mission," says Robert J. Ross, president and chief executive officer of the Ethics and Excellence in Journalism Foundation.

A national figure in journalism ethics will fulfill the visiting professorship each spring semester beginning in 2007. The visiting scholar will conduct workshops for students, faculty and professional journalists regarding ethical standards for today's journalists. The professor also will work closely with the Joan and David Lincoln Center for Applied Ethics at ASU.

"The foundation board is pleased to continue her legacy by funding a visiting professorship in journalism ethics at the Cronkite School, a journalism program dedicated to high quality and ethical standards throughout its curriculum," Ross says.

"Journalism ethics today is more important than ever," Callahan says. "For newspapers, television news and online media outlets to survive and thrive, they must improve the bonds of trust between them and their readers and viewers."

Gaylord, the daughter of Daily Oklahoman publisher E.K. Gaylord, launched her journalism career at her father's newspaper in 1937 after graduating from college. In 1942, Gaylord joined the Associated Press in New York and the following year went to the AP's Washington bureau, where she covered the Franklin Roosevelt administration and first lady Eleanor Roosevelt during World War II.