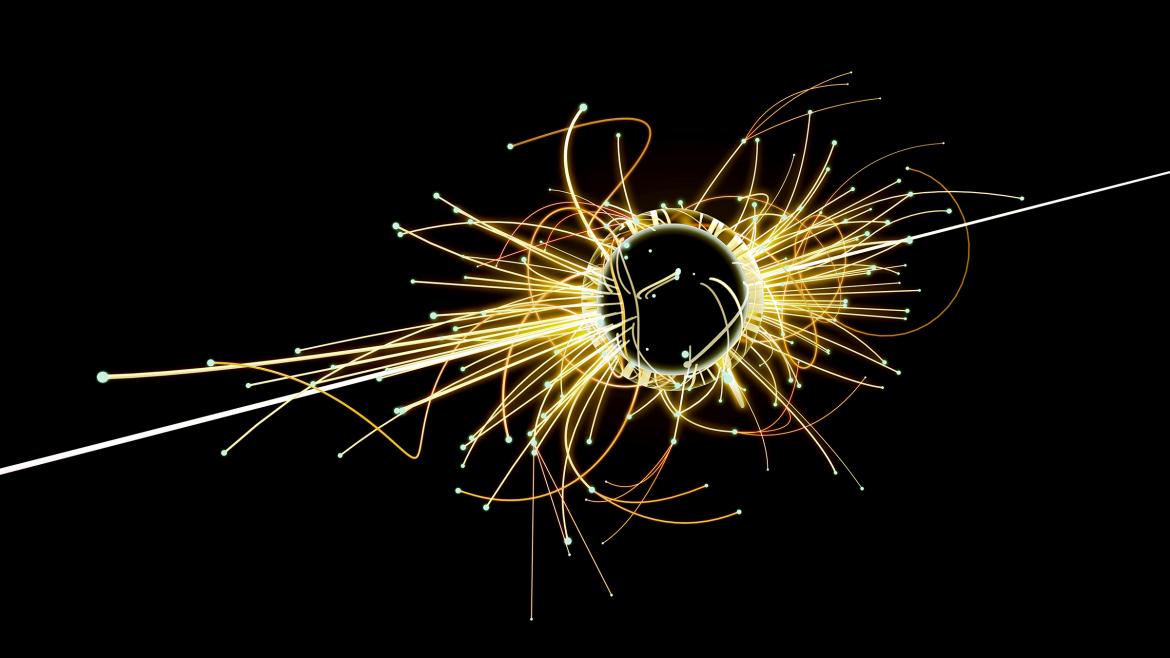 Frank Wilczek, a theoretical physicist and mathematician who shared the Nobel Prize in Physics in 2004, is joining Arizona State University as a professor in the physics department. 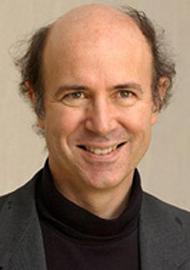 Wilczek will work on a variety of important issues in theoretical physics. He will also be organizing workshops to gather the best and brightest physicists worldwide at ASU to help propel the advancement of the discipline. He is the second Nobel Prize-winning professor to join ASU in the last week.

“At a minimum I will be giving lectures to advance students on frontier topics, basically what I’m working on,” he said. “It’s also quite possible I will try to involve students at earlier stages in some of the more practical work, where they don’t need as much theoretical background.”

Wilczek said he’s looking for a new adventure, and his move to Arizona State will be another step in the evolution of an existing relationship.

“(My wife) Betsy and I have visited ASU regularly for the past several years,” he said. “We’ve had many great experiences in the Tempe and Phoenix community already. We’ve been impressed with the visionary ambition and dynamism of the university in general, and with its encouragement of new scientific and cross-disciplinary initiatives in particular. I’m looking forward to exciting adventures in advancing the frontiers of science, sharing it and putting it to use in coming years.”

Wilczek, along with David Gross and H. David Politzer, was awarded the Nobel for their discovery of asymptotic freedom in the theory of the strong interaction.

Theoretical physicist and cosmologist Lawrence KraussKrauss is a Foundation Professor in the School of Earth and Space Exploration in the College of Liberal Arts and Sciences, and director of its Origins Project. called Wilczek the pre-eminent theoretical physicist of his generation.

“Yes, he won the Nobel Prize for work he did as a graduate student when he was 21, but that just tells a small part of the story,” Krauss said. “He is a true polymath, working in and mastering almost every area of physics, but his interests range far more broadly. ...

"What has interested Frank in ASU in particular is the breadth of work being done here, the highly interactive transdisciplinary atmosphere — which Origins in particular benefits from — and the openness of the university, from the president on down, to new ideas."

Ferran Garcia-Pichel, dean of natural sciences in the College of Liberal Arts and Sciences, said he looked forward to Wilczek’s contributions to the university.

“He is sure to contribute seminally to the development of theoretical physics at ASU and to the teaching and mentoring of our students, as he has already done during previous stays as a visiting professor,” Garcia-Pichel said. “He will definitely help us attract the field's center of gravity closer to home.”

Garcia-Pichel announced Wednesday that Sidney Altman, who won the Nobel Prize in Chemistry in 1989, will join the School of Life Sciences at ASU.

On a trip to Arizona this past January, Wilczek toured an art installation called "Field of Lights" at the Desert Botanical Garden in Phoenix.

The display, by the artist Bruce Munro, consists of thousands of spheres of colored light, slowly pulsating and strewn across the desert. 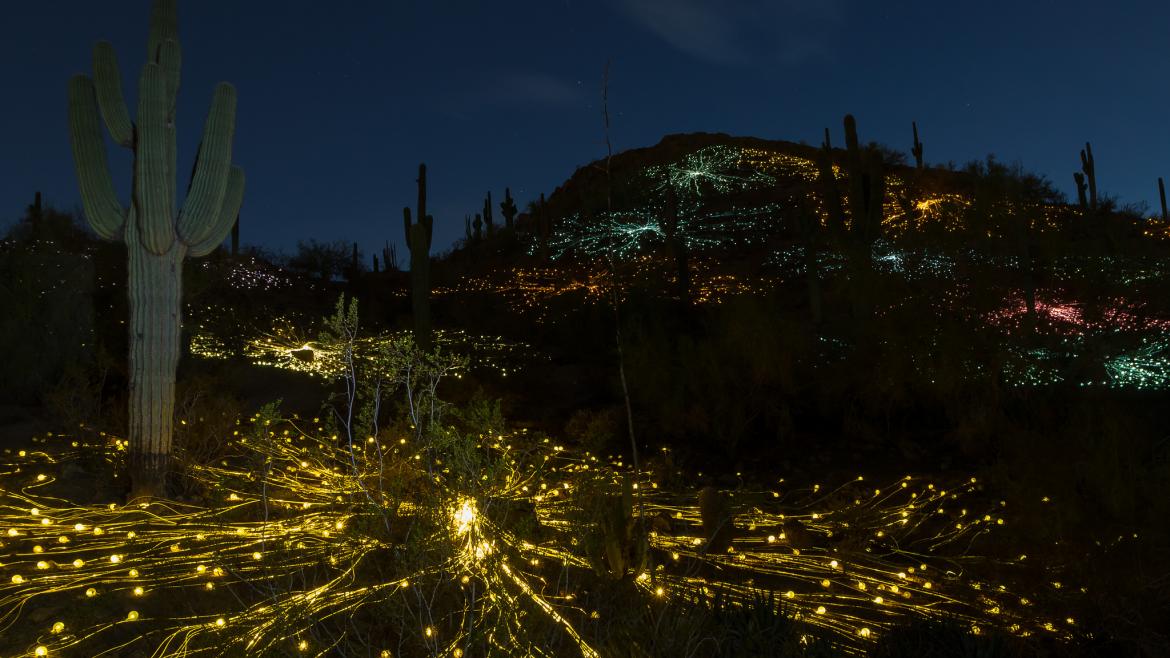 "Field of Lights,"
by Bruce Munro,
at the Desert Botanical
Garden, 2015.

Wilczek wrote in a column for the Wall Street Journal that as he walked among the lights, "I felt I’d gotten an inkling of what thought looks like."

That experience, he wrote, changed the way he thinks about the brain, and himself, and it helped him conceive of a potentially innovative way of teaching the complexity of the brain.

“Frank Wilczek's quest for different ways of examining some of the most complicated questions and ideas fits perfectly with ASU’s distinguished faculty and the university’s principles of finding your own path to discovery, both in learning and research,” said Mark Searle, ASU's executive vice president and university provost.

Wilczek's Nobel Prize-winning work focused on the strong force, one of the four fundamental forces in nature, together with gravity, electromagnetism and the weak force.

“At the early part of the 20th century, when people looked at the interior of atoms, they found that the classic forces — gravity and electromagnetism — were inadequate,” Wilczek said. “Two new forces were required — the strong and the weak force. ... There was a long period of exploration.  It’s not easy to access the new forces, because nuclei are so small. [In the Nobel Prize-winning work] we put together some key experimental observations, together with the principles of quantum mechanics and relativity, to propose a complete, precise set of equations for the strong force: the theory known as quantum chromodynamics, or QCD.  We made many predictions based on this work, which proved to be correct.”

His current research strikes a balance between theoretical ideas and observable phenomena, like applying particle physics to cosmology and the application of field theory techniques to condensed matter physics. He described it as “more nitty-gritty experimental realities.”

“If anything, in recent years my work has gotten more down to earth,” Wilczek said. “As time has gone on, my interests have expanded. I haven’t lost my interest in fundamental cosmology. ... What I hope to accomplish is to continue the same sort of thing I’ve always done, which is look for new opportunities.

"I’m a theorist, not an experimentalist, so it doesn’t take me long to change from one subject to another. ... I’m going to be looking into applications that are driven by our increasing control of the quantum world. I’ve also been exploring classical applications, like the physical basis of perception.”

For the 16th consecutive year, Arizona State University’s Walter Cronkite School of Journalism and Mass Communication has finished as the top school in the regional Society of Professional Journalists’ Mark of Excellence Awards competition.Cronkite students won 22 awards, the most in the SPJ Region 11 contest. This included 11 first place honors, nearly twice as many as the second and third pl...

For the 16th consecutive year, Arizona State University’s Walter Cronkite School of Journalism and Mass Communication has finished as the top school in the regional Society of Professional Journalists’ Mark of Excellence Awards competition.

Cronkite students won 22 awards, the most in the SPJ Region 11 contest. This included 11 first place honors, nearly twice as many as the second and third place schools. Over the past decade, Cronkite School students have won 379 awards in the contest, the most from any journalism program in the region. Cronkite School alumna Yahaira Jacquez was among the winners of the regional Society of Professional Journalists’ Mark of Excellence Awards competition. Cronkite students won 22 awards, the most in the SPJ Region 11 contest. Download Full Image

“Winning our region 16 straight years is a testament to our outstanding students and faculty,” said Kristin Gilger, associate dean of the Cronkite School. “This year, our students went above and beyond, shining a light on a number of important issues that don’t usually get a lot of attention. We are extremely proud of their efforts and look forward to the national Mark of Excellence Awards.”

Cronkite News, the student-produced news division of Arizona PBS, took 11 awards, including first place in online news reporting for “Hooked: Tracking Heroin’s Hold on Arizona.” The 30-minute documentary, produced in association with the Arizona Broadcasters Association, represents the work of more than 70 students and eight faculty members. More than 1 million Arizonans have watched “Hooked,” which has won a host of professional awards, including Emmys and the prestigious Alfred I. duPont-Columbia Award.

Carnegie-Knight News21 took first place in online in-depth digital reporting for “America’s Weed Rush,” a major investigation into the issues surrounding the legalization of marijuana in America. Twenty-seven students from 19 universities traveled to more than 23 states for the project, which was featured in The Washington Post, NBCnews.com and numerous other national and regional publications.

This year’s regional contest attracted entries from college journalism students in Arizona, California, Hawaii and Nevada. The awards were presented at the SPJ regional conference April 30 in Phoenix.

Winners of the regional SPJ competitions go on to another round of judging in the national SPJ competition. Those winners will be announced in late spring at the annual SPJ convention in New Orleans. Over the past 10 years, the Cronkite School has the best overall record in the national Mark of Excellence Awards, finishing with the most awards eight times. In that span, students have won a total of 81 awards — 41 national winners and 40 finalists.

The Society of Professional Journalists is the nation’s most broad-based journalism organization, dedicated to encouraging the free practice of journalism and stimulating high standards of ethical behavior. Founded in 1909 as Sigma Delta Chi, SPJ promotes the free flow of information vital to a well-informed citizenry through the daily work of its nearly 10,000 members.