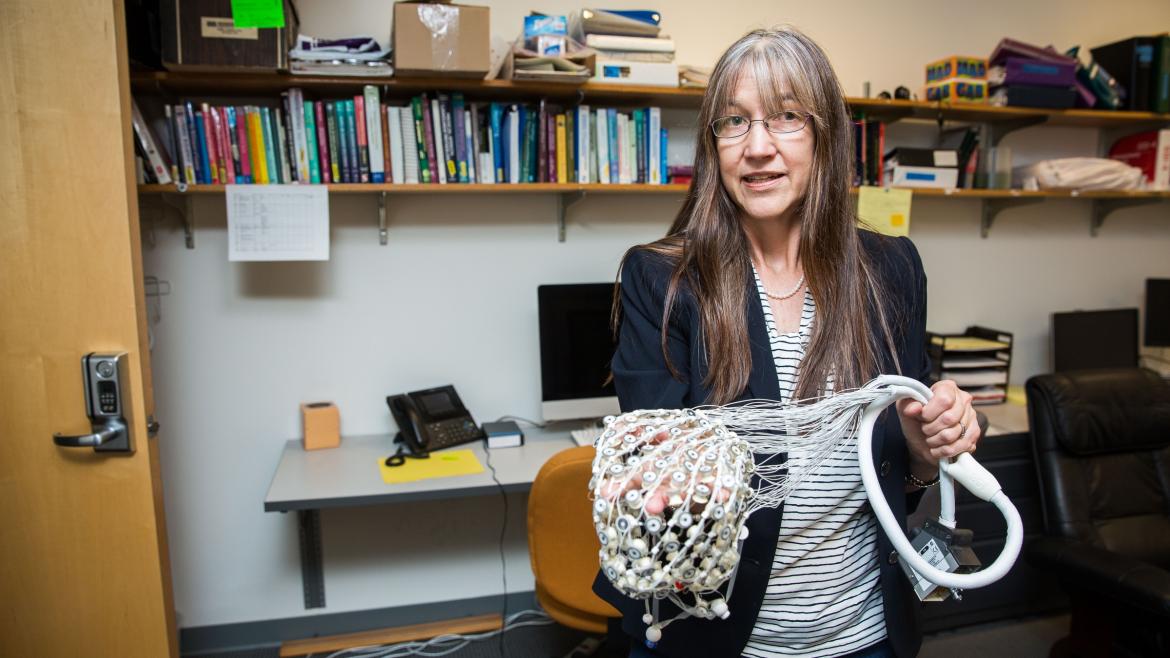 ASU assistant professor's study finds new candidates for genetic cause of disorder; could mean much earlier diagnosis in infants

People take preventative measures every day. We use seat belts to prevent injury, wear sunscreen to prevent skin damage and lock our doors to prevent burglaries. Any way you look at it, preventing a disaster is preferable to dealing with its aftermath.

The same holds true for medical disorders; prevention is always better than attempting to treat after diagnosis. For a great number of disorders, that’s not always possible. But thanks to the research of ASU assistant professor Beate PeterBeate Peter is an assistant professor of speech and hearing in Arizona State University’s College of Health Solutions., we are one step closer to being able to do this for childhood apraxia of speech, or CAS.

In a study published today in the leading scientific journal PLOS ONE, Peter (pictured above) details how she was able to identify mutations in mainly two genes that may cause the disorder. Knowing more about the genetics of speech problems will allow parents with children at risk for the disorder to take action earlier than was previously possible.

CAS is a motor speech disorder that affects roughly one to two of every 1,000 childrenAccording to the American Speech-Language Hearing Association, http://www.asha.org/PRPSpecificTopic.aspx?folderid=8589935338&section=Incidence_and_Prevalence . Children with CAS have problems saying certain sounds and words because they have trouble orchestrating all the different muscles in their speech system. This makes it extremely difficult for them to convey their thoughts and emotions. Peter calls the disorder “a great source of frustration” to the children it affects as well as their families, often causing children to act out or — worse — give up on speaking altogether.

“One mother once told me, ‘He doesn’t have any friends — none of the kids at preschool want to play with him,’ ” Peter said. “So there is a huge area of need … to do more than just wait until they have a diagnosis and then treat.”

A former school-based speech-language pathologist, Peter thought that perhaps the answer to filling that need lay in our genes. And so in this, her latest study, Peter chose two separate families in which incidences of CAS were very high to delve into the genetics of speech disorders.

After running a battery of tests on the family members and asking them lots of questions to determine who among them did and did not have speech problems came the “most crucial” step: obtaining a DNA sample from each member of each family. For each of these DNA samples, Peter obtained computer files with more than half a million genetic markers spread across all chromosomes (imagine a huge text file with the markers for one entire family: dozens of columns and more than 9 million lines), and for a few samples, she also obtained computer files with readouts of the entire exome, which consists of all pieces of DNA that contain the recipes for making proteins.

Using a program developed by researchers at her alma mater the University of Washington, Peter fed each family’s genetic marker files into a computer to look for parts of chromosomes that likely were inherited along with the speech problem. Once she found these chromosomal regions, she checked them for harmful exome variants that were inherited only by family members with the speech problem.

Hence, these candidate variants may cause the disorder. 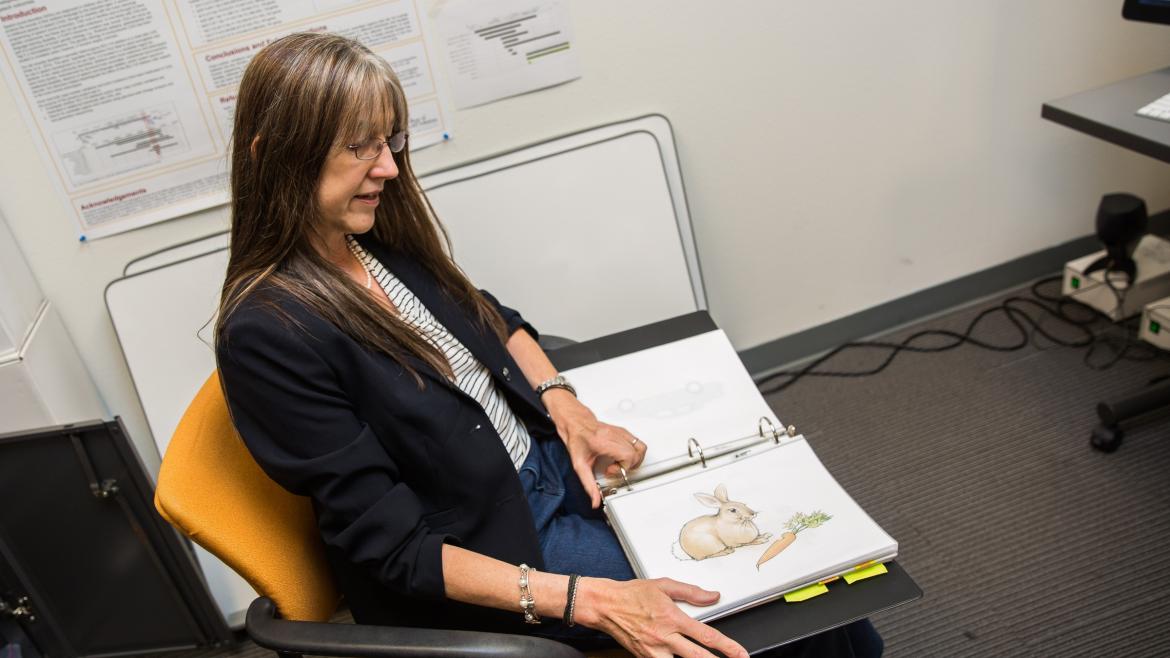 ASU assistant professor Beate
Peter flips through a binder of
images she uses to determine
the severity of speech disorders.

What is important to note is that each shared gene variant Peter found was located on a different chromosome — chromosomes 5 and 17 for the first family and chromosome 4 for the second family. Because of that, it cannot be definitively stated that one particular chromosome is responsible for CAS.

Rather, CAS can arise from a number of different genetic anomalies on a number of different chromosomes. This is not necessarily a new insight, as in the past, Peter and other researchers found a handful of candidate genes for CAS in different families. For example, a group in the United Kingdom discovered the first “speech” gene, called FOXP2, more than 15 years ago, and in the case of one boy Peter studied in 2014, a sporadic loss of a whole gene on chromosome 2 most likely caused him to have CAS. The discovery of the mutations found on chromosomes 4, 5 and 17, published today, adds new candidate genes to this short list. Peter’s project is the first since the discovery of the FOXP2 gene to study multigenerational families and land on mutations involving single DNA points.

“It’s like if you have a book with 6,000 pages and a crucial word is misspelled; the whole meaning of the book changes,” Peter said. “And so that’s what happened in these two families. This mutation affects the way that their speech motor system functions.”

Being able to identify the specific genetic variations that cause CAS and other severe speech disorders is a game-changer. In the very distant future it could allow for gene editing, wherein the genetic anomaly that causes the disorder is edited out of a person’s genomic makeup, thus eliminating the disorder. At present, it could mean much earlier diagnosis.

Right now, problems with speech development may be noticed around age 2, and an official CAS diagnosis can be made after age 3. Once the diagnosis is made, speech-language pathologists can set up a treatment plan. In families with prevalent CAS and a known genetic cause, parents can opt to have their new infants tested for the genetic change. Test results would tell parents whether to be extra vigilant and get professional help as early as possible, as opposed to waiting until the child is older and has already experienced detrimental delays in the development of their speech abilities.

One problem is that speech-language pathologists usually treat symptoms. What if they could provide approaches that prevent the speech problems from cropping up in the first place by working with tiny infants at genetic risk?

Peter hopes to begin clinical trials with just such infants as soon as 2017, collaborating with some of her colleagues who specialize in earliest phases of speech development. She is already in contact with local hospitals and clinics for patient referrals; the next step is to secure funding.

The kind of therapy Peter plans to employ in the trials would be a combination of reinforcement and operant conditioning, a learning principle in which environmental stimuli are controlled and manipulated to influence behavior.

Another “dream for the future,” as Peter describes it, is ultimately to incorporate brain imaging into the genetics research to be able “to study the pathway from the genetic variation, to the brain, to the observable speech output.”

She explains that the interdisciplinary nature of this type of work, even without the brain imaging, is extremely rare:

Top photo: Beate Peter holds an EEG net, a medical device used to produce images of brain activity. A device such as this may be used in further studies of hers looking at the pathway from genetic variations that cause speech disorders, to the brain, to the observable speech output.

Creative placemaking at ASU Herberger Institute gets a boost

The Herberger Institute for Design and the Arts at Arizona State University is making strides in the field of creative placemaking, and the Institute received a $610,000 grant from the Kresge Foundation to support those efforts.The grant was awarded as part of the ArtPlace America initiative, a collaboration of foundations, institutions and federal agencies nationwide working to position arts and ...

Creative placemaking at ASU Herberger Institute gets a boost

The Herberger Institute for Design and the Arts at Arizona State University is making strides in the field of creative placemaking, and the Institute received a $610,000 grant from the Kresge Foundation to support those efforts.

The grant was awarded as part of the ArtPlace America initiative, a collaboration of foundations, institutions and federal agencies nationwide working to position arts and culture as a core sector of comprehensive community planning and development. ArtPlace focuses its work on creative placemaking, which describes projects in which art plays an intentional and integrated role in place-based community planning and development, according to the ArtPlace website. 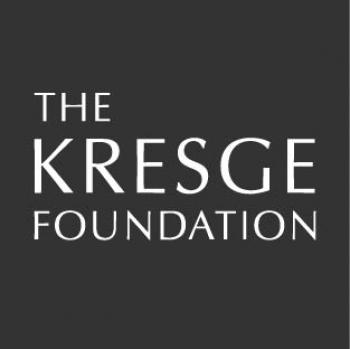 The grant allows the Herberger Institute to explore the feasibility of developing a Creative Placemaking Institute and to continue the national conversation about the role of higher education in creative placemaking.