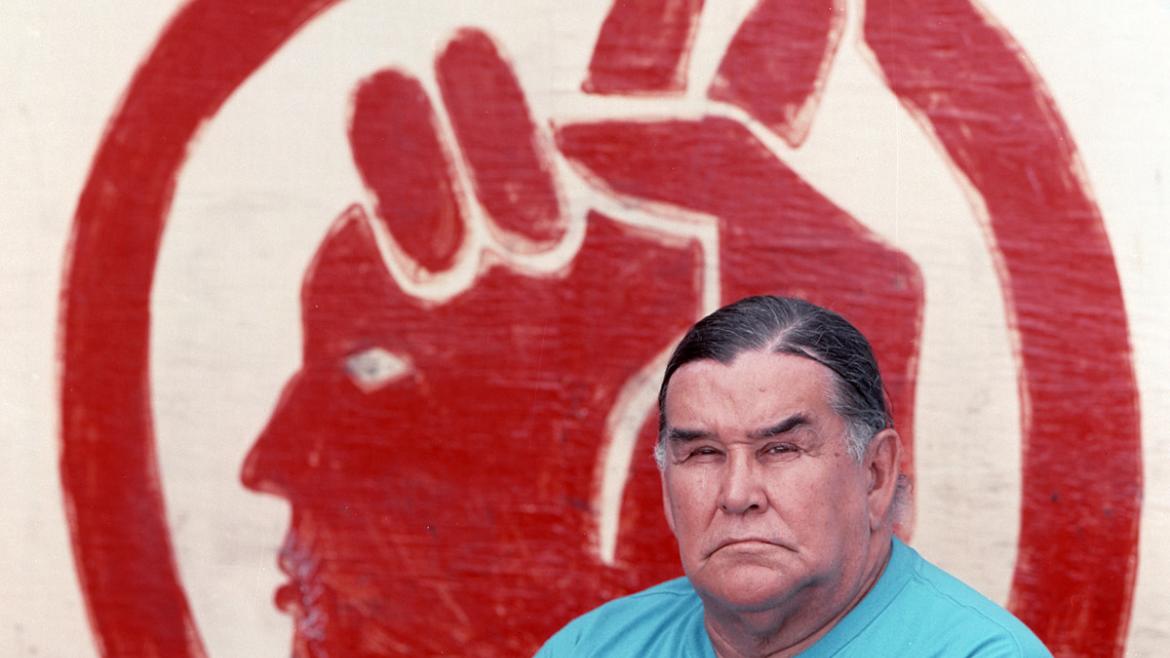 Standing up and demanding change

In February, the 79-year-old activist put the Democratic presidential candidate on blast at a race forum in Minneapolis, chiding Sanders for not muttering “a single word about Native people.”

Bellecourt’s constant grilling, asking Sanders how he would honor the treaties between the federal government and the Native American people, practically had Sanders running for the exit. The incident drew national headlines and set social media ablaze.

The Anishinaabe elder is used to grabbing headlines. As the co-founder of the American Indian Movement, he drew international attention in February 1973 for his role in leading Native American people to Wounded Knee in an armed takeover of the South Dakota town on the Pine Ridge reservation, site of the infamous 1890 massacre of Lakota men, women and children.

The 71-day siege was an inspiration to all indigenous people, though it did not bring about immediate reforms sought by AIM activists. It did, however, succeed in bringing attention to the plight of American Indians.

Bellecourt recently spoke to ASU Now to promote American Indian Week at ASU, and he will deliver a keynote address April 20 on behalf of Project Humanities.

Question: What were the original goals of American Indian Movement when you formed in 1968?

Answer: Absolutely nothing was being done by the U.S. government to abide by treaty obligations to address the grave conditions of indigenous people. Human rights was strictly a black-and-white issue back then, and Native Americans simply didn’t matter. The worst thing the government ever did was to ostracize us, and the only time we were every thought of was in the movies and television — the Lone Ranger, Tonto and John Wayne.

J. Edgar Hoover and the FBI had us on a watch list and targeted us. He ordered agents to demand, disrupt and discredit us and portrayed us as savages, heathens, terrorists and communists. The conditions for our people at that time were deplorable. Our houses were substandard. A majority of them didn’t have running water or electricity. Unemployment was as high as 80 to 90 percent. Only 15 percent of our children were going to college. These were the worst measurements of any ethnic group in America at that time, so if we didn’t stand up and demand change we were going to perish as a people. 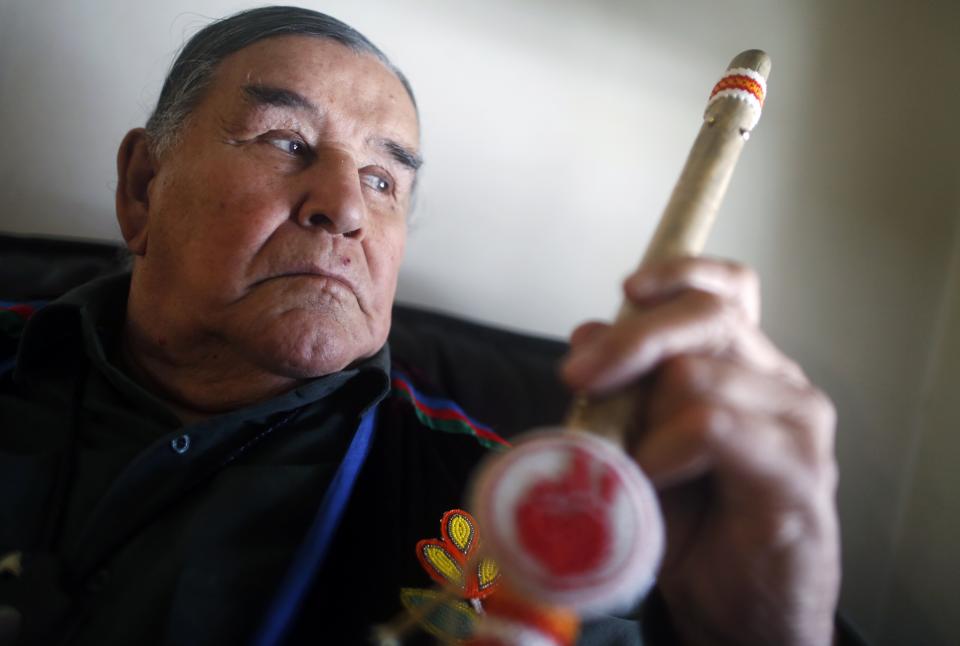 Native-rights activist Clyde Bellecourt, co-founder of the American Indian Movement, will speak Wednesday on ASU’s about the past, present and future for tribes. "Tribes are becoming stronger, wealthier and buying back the land that was taken from us," he says. "We’re now starting to exercise our treaty rights, our self-determination and our sovereignty." Photos courtesy of Clyde Bellecourt

Q: Let’s go back to the occupation of Wounded Knee in 1973, which received worldwide attention. Did you anticipate it would bring that much attention to the your cause?

A: We called it the Liberation of Wounded Knee because how do you occupy your own land? No, we didn’t anticipate it but am glad we received the attention. It was the start of something big and got the ball rolling on a lot of issues that were finally being investigated and addressed.

Q: You recently made national headlines when you confronted Democratic presidential candidate Bernie Sanders at a campaign stop in Minnesota, asking him if he were elected president, would he honor American Indian treaties.

A: He was talking at a forum about disparity, and he was only talking about African-Americans. Well, Native Americans are people of color, too, and we were never even mentioned. I asked to be put on the agenda and wasn’t. So I went down there and put myself on the agenda, and took the microphone. I point-blank asked him what if he was going to honor the American Indian treaties. He said he’d do what he could to redress it but he still didn’t answer my question, and then ran off into the parking lot.

I stayed behind and talk to people and the media. Twenty minutes later Bernie Sanders’ bus was still parked in the back, so he just wanted to get the hell out of there. I don’t care if a candidate is Democrat, Republic, left wing or right wing, socialist — I want to know what that person is going to do for us. Period.

Q: What are your thoughts on the Indian Nation today? Have things improved?

A: There are a lot of things that are happening, and tribes are becoming stronger, wealthier and buying back the land that was taken from us. We’re now starting to exercise our treaty rights, our self-determination and our sovereignty. We have a lot of casinos that are powerful and thriving, and they’d have nothing if it weren’t for the American Indian Movement.

Q: What will you be discussing at your upcoming lecture at ASU?

A: I’ll be encouraging our young people to go to school, get a good education, study issues like Indian law, history, science and our land.

When I talk about history, I talk a lot about our prophecies and our eighth generation, our grandchildren, who will be educated and return to our language and culture. But they’ll also have computers in their hand and learn all they can about technology because that’s the world we live in. That’s where our survival will come from.

What: “American Indian Movement: Past, Present and Future” by Clyde Bellecourt.

Passion is everywhere at ASU. From artists to athletes, scientists to social workers, ASU students are here to achieve big things. This week, ASU Now, in collaboration with the undergraduate and graduate student governments, are presenting Why I Go to ASU, a short video series exploring some of the reasons talented individuals come to ASU. We end the week with research. [video:https://vimeo.c... Passion is everywhere at ASU. From artists to athletes, scientists to social workers, ASU students are here to achieve big things.

This week, ASU Now, in collaboration with the undergraduate and graduate student governments, are presenting Why I Go to ASU, a short video series exploring some of the reasons talented individuals come to ASU.

We end the week with research.

Thursday it was all about academics.

Wednesday we explored Innovation at ASU.

Tuesday we looked at Success at ASU.

Monday we started with the Community at ASU.