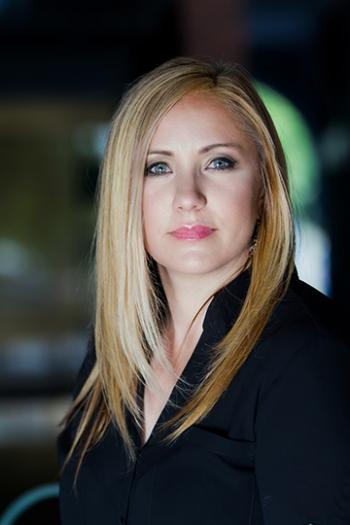 Before her associate vice president interim appointment, Luoma served as ASU’s chief procurement officer, responsible for procurement and contracting. Under her leadership, ASU procurement was honored in 2015 with the Achievement of Excellence in Procurement award from the National Procurement Institute for the seventh consecutive year. Procurement also was recognized by the Association for the Advancement of Sustainability in Higher Education's Sustainable Campus index as No. 1 in the purchasing category.

“Nichol Luoma has the skills, dedication and communication abilities to manage the diverse demands of the associate vice president and sustainability operations officer position,” Olsen said. “Since 2012, Nichol has worked collaboratively across ASU to help drive cross-functional process improvements and optimization of supplier relationships in support of the New American University mission.”

“We are very pleased that Nichol will continue to be part of our senior leadership team, leading university business services and coordinating our institutional sustainability initiatives,” Olsen added.

Luoma has more than 16 years of global business operations leadership experience. She returned to her alma mater in a professional capacity in 2012 after serving as vice president of operations for two juvenile products companies, Boon Inc. and Keen Distribution, both of which were acquired by Tomy International in 2011. Before Boon and Keen, Luoma spent nearly a decade in multiple business and supply chain roles at Intel Corporation, which included management of complex international supply chains. She also served Clarkston Consulting in a senior business-consulting role, where she advised large corporate clients on business/technology redesign and supply chain optimization.

“I believe that my new role provides me with an outstanding opportunity to simplify and enhance business operations that deliver excellent service to students, faculty and staff,” Luoma said. “The educational path I chose early in life has brought me full circle to my maroon-and-gold roots. I am grateful and eager to begin this new life chapter at the institution to which I attribute much of my business success.”

More violent attacks are nearly inevitable in Europe because terrorists in the post-9/11 era strike with almost no planning, which makes counterterrorism very difficult, according to an international expert on war.David Kilcullen, an Arizona State University Senior Future of War Fellow (pictured above), discussed “What the Rise of ISIS Tells Us About the Unraveling of the War on Terrorism” on ... 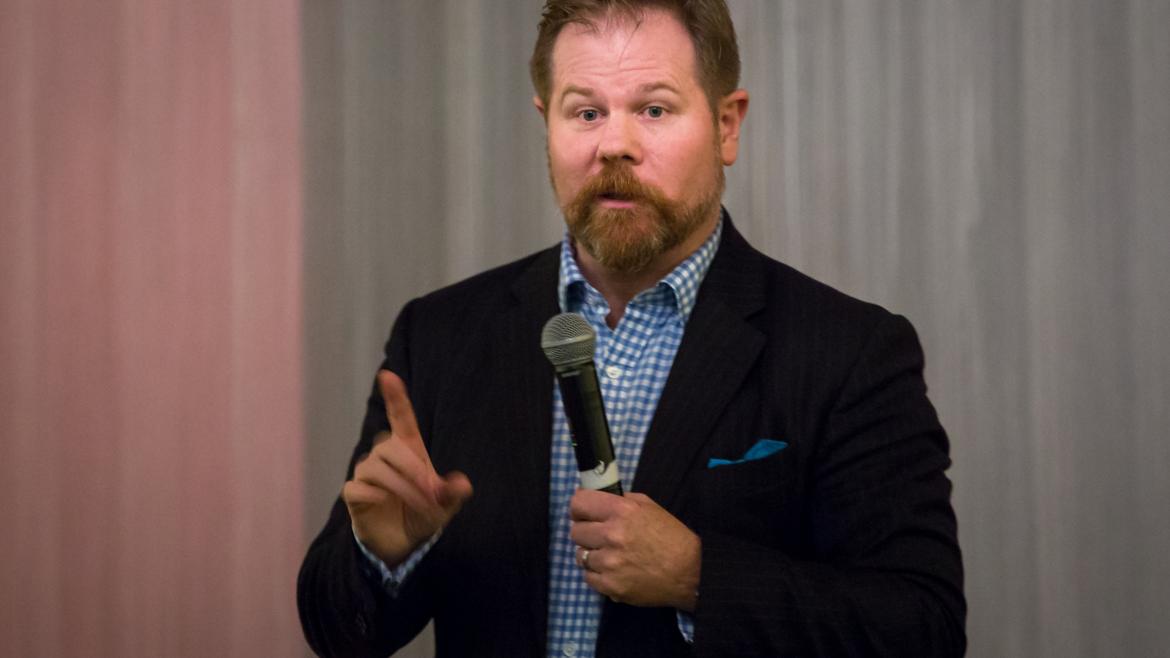 Tempe campus Washington, D.C.
World more dangerous than at the time of 9/11, ASU Future of War expert says.
Terror attacks likely to continue to threaten Europe, says Future of War expert.
ISIS is more than just a terror group — it is also a government.
March 31, 2016

More violent attacks are nearly inevitable in Europe because terrorists in the post-9/11 era strike with almost no planning, which makes counterterrorism very difficult, according to an international expert on war.

David Kilcullen, an Arizona State University Senior Future of War Fellow (pictured above), discussed “What the Rise of ISIS Tells Us About the Unraveling of the War on Terrorism” on Thursday in Tempe. He is a former special adviser to U.S. Secretary of State Condoleezza Rice and former senior adviser to Gen. David Petraeus in Iraq.

His talk was part of the spring lecture series sponsored by ASU’s Center on the Future of War.

“(The ad-hoc terrorists) look like an amorphous virus or gas rather than a structured terrorist organization, and that makes it incredibly difficult for an intelligence organization to predict those attacks,” Kilcullen said. “The shooters don’t know until two hours before that they will do it."

Kilcullen said that there is evidence of 400 to 600 operatives in Europe, mostly European citizens.

“If you think the government can do anything to prevent attacks, it’s a fantasy,” he said.

First, it is essentially a city-state, controlling a population of about 6 million, with revenue of around $600 million, mostly from taxation, trade and extortion. It has 25,000 full-time professional fighters, plus courts, hospitals and a police force.

“It matters because it’s not just a terrorist organization. The damage that is being done is much more in the nature of a revolutionary state that has generated 11 million asylum seekers and killed more than 400,000 people,” he said.

The second level to ISIS is its overseas territories, with about a dozen in Africa, the Middle East and a new one in the Philippines. Those also have about 25,000 full-time fighters.

“The third layer is numerically harder to pin down, but we’re looking at about 200,000 people globally that are individuals or small cells. These are people who are willing to engage in terrorism in their own country,” he said.

The three levels support each other and are mutually reinforcing.

“That’s made it incredibly resilient — significantly more than what we saw in Al Qaeda either before or after 9/11,” he said.

Kilcullen said that ISIS has recently lost some territory in Iraq and Syria.

“What we see is as they lose that, they’re striking out elsewhere — Paris and Belgium — as a way of counteracting that loss of terrain,” he said.

Kilcullen blamed the rise of ISIS on two moves by the United States: the invasion of Iraq in 2003 and the pullout of troops in Iraq in 2011.

“We should never have been in Iraq in the first place. It was a massive distraction from defeating Al Qaeda in Afghanistan,” he said.

Also, the military presence in Iraq created enough stability for ISIS to surge, he said.

The massive influx of refugees in Europe has led to a destabilization that could have negative effects.

“We’ll see one of two outcomes,” he said. “Either they will fail to integrate this group of people and we’ll see long-term unrest in Europe within the next two or three years.

Kilcullen said that there’s a strong case for limited military engagement to deal with the threat of ISIS, but not a full ground war.

In the discussion after his talk, Kilcullen was asked why the United States doesn’t just disengage from the conflict.

“I’m sorry to say that there’s no drawbridge,” he said.

“The threat is here already. The world as we see it today is dramatically more dangerous than at the time of 9/11.”

The next lecture in the spring series from ASU’s Center on the Future of War is Thursday, April 7, when Pulitzer Prize-winning journalist David Wood will discuss “The Human Dimension of War. ” He will speak at 6:45 p.m at Cronkite Theatre in the Walter Cronkite School of Journalism and Mass Communication, 555 N. Central Ave., Phoenix.