ASU named a top 25 law school by US News

For the first time in its history, the Sandra Day O’Connor College of Law at Arizona State University is among the top 25 law schools in the nation. According to U.S. News & World Report’s annual survey of graduate schools, ASU Law is No. 25, up one spot from last year.

“This significant achievement is a reflection of our students’ success, thanks in large part to the support of our community,” said ASU Law Dean Douglas J. Sylvester. “Because of the generosity of our donors, ASU Law has been able to increase its number of scholarships and develop innovative programs — while keeping tuition low. In turn, we are able to attract the best and brightest students, provide them with incredible opportunities during law school, and help them secure meaningful legal jobs.”

Student opportunities will be enhanced this fall with ASU Law’s move to the new Arizona Center for Law and Society in metropolitan Phoenix — the legal, political and economic heart of Arizona.

Since launching its “Building the Future” campaign three years ago, ASU Law has raised $47 million, with the vast majority of those funds going toward more than 60 scholarships, and development of new programs including the Rule of Law & Governance Program, the Sports Law & Business Program, and the Program on Law & Sustainability. ASU Law offers 250 unique courses and provides more than 300 externships — at least one for every eligible enrolled student — in the Phoenix metro area, Washington, D.C., and Los Angeles. ASU Law students further receive hands-on practical training in many areas such as patent practice, health-care entrepreneurship, innovation advancement, and Indian law.

ASU Law focuses on quality outcomes for students, and in turn, the community. ASU Law ranks No. 11 in the nation for placing graduates in substantive legal jobs. Within 10 months of graduation, 87 percent of the 2014 class found employment in long-term, full-time positions where bar passage is required or a juris doctor (JD) is preferred, according to statistics gathered by the American Bar Association. ASU Law is also No. 1 in Arizona with a student bar passage rate of 89.1 percent.

ASU Law was founded in 1967 and was renamed in 2006 after Justice Sandra Day O’Connor, the first woman to sit on the U.S. Supreme Court. ASU is the only law school in the nation to be named after a woman.

“For a law school that has been operating for fewer than 50 years to be so highly ranked is truly amazing,” said Sylvester. “It is a testament to the quality of our students, devotion of our alumni, and deep community support.”

Setting the record straight: When research is misinterpreted

On Jan. 11, Arizona State University doctoral candidate Angie Abdelmonem was headed to a flight to Cairo to participate in a collaborative research project when she received a request for an interview from a journalist in Italy.The journalist was writing a piece on the wave of sexual assaults that took place in Germany over the New Year and was hoping Abdelmonem would be willing to comment on the ... 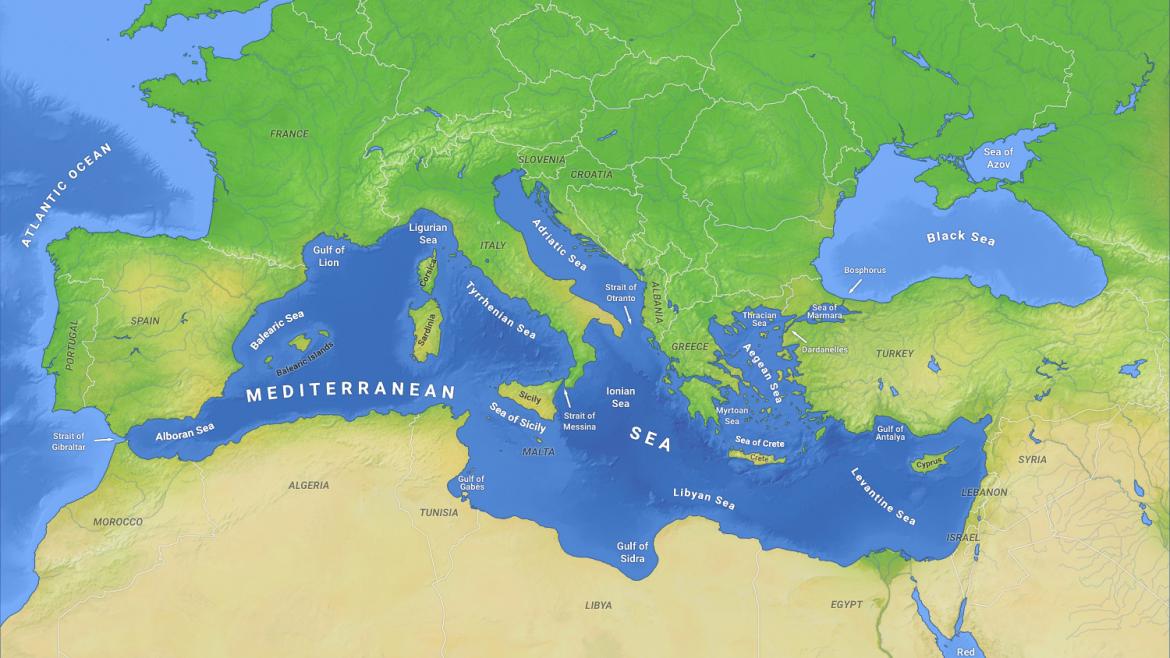 Setting the record straight: When research is misinterpreted

ASU doctoral student in Cairo finds her work on sexual harassment in Middle East misrepresented in media; gender violence is not an Arab issue but a human one

On Jan. 11, Arizona State University doctoral candidate Angie AbdelmonemAngie Abdelmonem is a doctoral student in the School of Human Evolution and Social Change, an academic unit of the College of Liberal Arts and Sciences, as well as a faculty associate in the School for the Future of Innovation in Society. was headed to a flight to Cairo to participate in a collaborative research project when she received a request for an interview from a journalist in Italy.

The journalist was writing a piece on the wave of sexual assaults that took place in Germany over the New Year and was hoping Abdelmonem would be willing to comment on the concept of “taharrush” — literally “sexual harassment” in Arabic — which was the subject of her doctoral dissertation research and which she had recently written about for Kohl: Journal for Gender and Body Research.

In the days following her arrival in Cairo, Abdelmonem received more media requests from journalists in Russia, Sweden and other European countries. Much to her dismay, she discovered the Daily Mail had published an article days before that grossly misrepresented her article, fueling the media frenzy for more information.

“While the phrases they use[d] are directly quoted, the way they have positioned my quotes and the discussion hugely misrepresents the issue,” said Abdelmonem.

In an age when news can be repeated as easily as clicking a “share” button and when worries about refugees and immigrants dominate headlines, it’s a stark reminder of how swiftly information — whether right or wrong — can spread.

Rather than recognizing that “taharrush” was simply a translation for “sexual harassment,” media outlets were presenting it as an Arab concept, a cultural phenomenon, not just an Arab word for a situation that exists in many places around the world.

And that had not been the purpose or the spirit of Abdelmonem’s research. 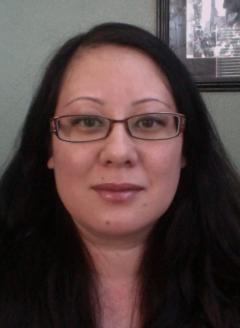 Her interest in gender-based violence evolved out of her experiences working for the Egyptian Center for Women's Rights (ECWR), where she dealt with issues ranging from women's political participation to female genital mutilation.

During her time at ECWR, Abdelmonem witnessed the implementation of a new program on sexual harassment offered by an NGO.

“It was through this work, observing the way in which NGO workers engaged with the population and sought to change perceptions about sexual violence and, honestly, the resistance that many people had to the information being conveyed by the NGO, that I became interested in how it is that social change around sexual violence occurs,” she said.

That experience eventually led Abdelmonem to choose sexual harassment in the Middle East as her dissertation topic, something most academics hadn’t been looking into. And in writing about it, as she did in the Kohl journal piece, she often used the word “taharrush” in place of “sexual harassment” because of its contested use as a word meaning the sexual harassment of women in public space.

When some journalists — who were already comparing incidents in Germany to the violence that had occurred in Tahrir Square and promoting it as a cultural phenomenon — came across the Kohl piece, they picked up on the term and began to use it to describe the Germany events. For Abdelmonem, this was deeply disconcerting considering the use of the term “taharrush” by European journalists was meant to imply that those who committed the acts were Middle EasternRecent reports have stated that the men were not all Middle Eastern and were not all, unlike some heated claims, refugees. and that sexual harassment did not also exist in Europe. Add to that Europe’s current refugee situation and you’ve got a tinderbox.

“In this case, misrepresenting my work helped the media to portray sexual harassment as a particularly cultural phenomenon prevalent in the Middle East and North Africa that was being imported into Europe by its migrant and refugee populations, which made it possible to call for a closing of borders. This has serious implications for refugees fleeing for their lives,” Abdelmonem lamented.

Correcting the direction of media reports can be especially challenging, said Tim McGuire, the Frank Russell Chair for the business of journalism at ASU’s Cronkite School of Journalism and Mass Communication.

“In the age of the Internet, it’s impossible to put something back in the box once it’s been opened,” he said. “Once the media starts picking up on something, it gets wings of its own and it becomes very difficult to correct or change it. That’s one of the real difficulties of the digital age. You can’t stuff the genie back in the bottle.”

“Misrepresenting my work helped the media to portray sexual harassment as a particularly cultural phenomenon prevalent in the Middle East and North Africa that was being imported into Europe by its migrant and refugee populations. ... This has serious implications for refugees fleeing for their lives.”
— ASU doctoral candidate Angie Abdelmonem

“Gender-based violence is generally an issue that cuts across nations, culture, class, race, etc. …” she said. “To locate gender-violence in culture is to deny that women as a group globally experience sexual violence and makes it possible then to focus on culture itself as the problem. Gender-based violence is an expression of patriarchy, which is a problem that exists in all human societies.”

As for her part in addressing that problem, Abdelmonem’s research has centered heavily on community-based, grassroots approaches to mobilization. She has interviewed activists working on sexual harassment and gender violence across numerous organizations, and also conducted surveys of the population at-large in three neighborhoods across Cairo. What she hopes is that her work will provide useful insights to groups about what may or may not help them in their own activism.

“I can't say that I believe my work will end the problem of gender-based violence,” said Abdelmonem, “but my approach to fieldwork and writing has been to include my activist colleagues in the process of knowledge building, which I hope not only gives them a voice in the way scholars understand their activism but also gives them a chance to receive critical feedback or ideas that are to assist in the work they are undertaking.”

To read an article Abdelmonem co-authored on the Germany situation for the magazine Jadaliyya, click here.