The Origins Project is pleased to announce Aomawa Shields of the University of California-Los Angeles is the recipient of the 2016 Origins Project Postdoctoral Lectureship Award.

This $10,000 award, the largest of its kind in the world, is offered to promising young scholar-scientists on the basis of their scholarly achievement and potential, as well as their skills in science communication. Part of the award is a week-long residency at Arizona State University where Shields will offer a series of departmental colloquia and a large public lecture in early April. 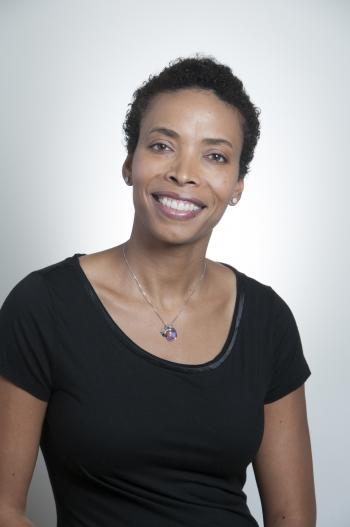 Aomawa Shields of the University of California-Los Angeles is the recipient of the 2016 Origins Project Postdoctoral Lectureship Award. Download Full Image

Shields’ research focuses on exploring the climate and potential habitability of extrasolar planets orbiting low-mass stars. Currently a National Science Foundation Astronomy and Astrophysics Postdoctoral Fellow, Shields is also a University of California President's Postdoctoral Fellow in the UCLA Department of Physics and Astronomy and the Harvard-Smithsonian Center for Astrophysics.

She is also a TED Fellow whose TED talk “How We’ll Find Life on Other Planets” has nearly 1 million views. In addition to her many scientific accomplishments, Shields is a classically trained actor with an Master of Fine Arts degree, a skill she uses to communicate her love of science.

“We are extremely happy she has accepted the award and are looking forward with anticipation to her visit, as should members of the ASU community and the public at large. Her presentations will be thrilling.”

For more information on the public lecture, please see: https://origins.asu.edu/events.

On Monday, February 29, 2016, ASU’s new Council for Arabic and Islamic Studies is bringing Georgetown University leading world scholar, Professor John L. Esposito, to discuss the increase in Islamophobia as a result of a respectively large misunderstanding of Islam, the Arab world, and the roots of terrorism in light of over a decade of related world events. The keynote lecture, “Understanding...

On Monday, February 29, 2016, ASU’s new Council for Arabic and Islamic Studies is bringing Georgetown University leading world scholar, Professor John L. Esposito, to discuss the increase in Islamophobia as a result of a respectively large misunderstanding of Islam, the Arab world, and the roots of terrorism in light of over a decade of related world events.

The keynote lecture, “Understanding Arabs, Islam, Islamophobia, and Terrorism: Fostering an Enlightened and Inclusive Community”, is free and open to the public, and will bring together ASU faculty, staff, and students, as well as community leaders and citizens for a holistic dialogue at the ASU Tempe Campus. 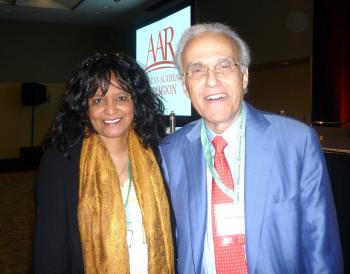 “We live in an extraordinary transitional period in the history of Muslim-West relations. Islam and Christianity are the two largest and fastest growing world religions; as they engage each other globally and domestically, they impact religion, politics and international affairs” said Esposito, leading world scholar and Professor of Religion, International Affairs and Islamic Studies, as well as Founding Director of the Prince Alwaleed Bin Talal Center for Muslim-Christian Understanding in the Walsh School of Foreign Service at Georgetown University in Washington D.C.

Esposito’s visit comes at an integral time in U.S. and world history, as well as during the establishment of ASU’s new Council for Arabic and Islamic Studies, whose mission is to acknowledge the significant contributions of Arabic Studies and Islamic civilization and cultures to the world at large both historically and in the modern age. The Council’s interdisciplinary programs and activities focus on promoting multiculturalism, diversity, inter-faith dialogue, cross-cultural understanding, and the expansion of human civilization and cultures through Arabic as well as other Middle-Eastern languages, and Islamic Studies through partnerships between ASU and similar groups in the Arab and Muslim worlds.

"Literature is often conceived as a cultural tool towards greater human understanding. The more we study others’ literary arts, cultures, and civilizations, the better enabled we become to achieve understanding and to work toward world peace" said Dr. Souad T. Ali, Council Founding Chair, and Associate Professor of Arabic Literature and Middle Eastern/Islamic Studies in the School of International Letters and Cultures.

The Program has recently received recognition from the Harvard Center for Middle Eastern Studies and the Center for Arabic Studies Abroad (CASA). “We have been pleased to receive this marked recognition and the selection of ASU based on the success of our Arabic Program and the concerted and cooperative efforts of our faculty,” Ali said. Ali will represent ASU on the CASA Governing Board who noted on their letter of invitation, “your participation on the Board will be crucial in maintaining CASA’s status as the premier Arabic language program for U.S. citizens.”

Professor Ali, who served as President of the American Academy of Religion (AAR) - Western Region, is a current AAR/WR Board member and Arizona Representative, as well as Board member of the Sudan Studies Association. A Fulbright Scholar, she is the author of A Religion, Not a State: Ali Abd al-Raziq’s Islamic Justification of Political Secularism (2009); The Road to the Two Sudan(s) (2014), as well as her third forthcoming book, Kuwaiti Women in Leadership Positions: Political and Social Change; her numerous articles have been translated into several languages.

In addition to Esposito’s keynote lecture, the Council will bring a variety of affiliate faculty, global experts and community leaders to ASU, and provide an outlet for the community to learn more about Arabic and Islamic studies through such programs as the annual Arabic Film and Poetry Series, a variety of ASU community events, and the many related courses, minors, and certificates offered through the ASU Arabic Studies program.

To learn more about the ASU Council for Arabic and Islamic Studies and to become a Council supporter, donor, partner, or volunteer, visit CAIS.asu.edu.