The man who called the shots for Major League Baseball for more than two decades is joining the rotation at ASU’s Sandra Day O’Connor College of Law. 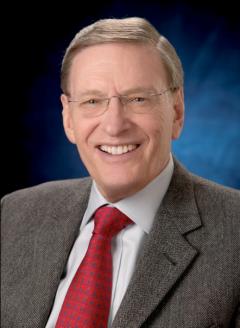 Selig (pictured at left), who has had a second home in the Valley for years, said teaching at ASU after his July 2015 retirement as MLB commissioner was too good of an opportunity to pass up.

“One of my daughters went to ASU, and the more I met with (ASU Law Dean) Doug Sylvester and knowing the vision of Michael Crow, the more attractive this all became,” said Selig, who was calling from his home state of Wisconsin.

“Frankly, these are all of the things that appealed to me so this was, I guess, cue the baseball term — a natural.”

Selig said he’s excited to teach Sports Law and Business because it’s a dynamic and growing branch of the law.

“Phoenix is a growing market, a dynamic market and I know there were some people who early on questioned what kind of baseball market it is. I think this year you’re going to see Phoenix emerge as a great market,” Selig said. “I love what the Diamondbacks have done. I’m a big fan of Tony La Russa, and I have a lot of faith in him. And Ken Kendrick is stunning. There’s growth potential in Phoenix for everything.”

He will also lead efforts to bring speakers to ASU Law as part of the Bud Selig Speaker Series on Sports in America.

“In my long, 50-something career I’ve met a lot of fascinating people, and depending on the subject, I’ll bring in people who have had experience in this field,” Selig said. “Everybody will not only be surprised by the quality but by how exciting they are.”

ASU Law Dean Douglas Sylvester said Selig’s presence is a major boost for the university and its students.

“Our students will have an invaluable opportunity to tap into the vast experience and knowledge Selig brings to the Sports Law and Business program from his 22-and-a-half years as commissioner,” Sylvester said. “In those years he oversaw and initiated strategic changes that transformed Major League Baseball. In addition, Bud is a natural teacher with years of experience in mentoring students and imparting his knowledge to the next generation of sports leaders.”

“I don’t think any of us understand how big (Sports Law) is going to be, and I really believe ASU is going to be a pioneer in this field.”
— Bud Selig

During his tenure as commissioner, the MLB expanded the wild-card postseason format, instituted interleague play, implemented instant replay, brokered a labor agreement with the Players’ Association that has resulted in 21 years of labor peace, developed revenue sharing that led to greater competitive balance and crafted the most comprehensive drug-testing policy in professional sports.

Under Selig, baseball rose in popularity, with record-breaking attendance, and with revenue increasing from $1.2 billion in 1992 to a record $9 billion-plus in 2014.

This is Selig’s third assignment as a professor at the university level. He has taught at Marquette University Law School since 2009, and, last fall, he began teaching a course titled, “Baseball and American Society since World War II,” in the history department at the University of Wisconsin, his alma mater. There in 2010, he endowed the Allan H. Selig Chair in Sport and Society in the United States.

Selig said not only will he offer his vast experience to mentor students, but will also be their biggest fan.

“I’ll tell you what I’m going to tell students when I start teaching at ASU,” Selig said. “I’ll say, ‘You have the best education at ASU and now you’re in a great field. Do what you want to do. There is no substitute for hard work … and dream big.’ ”

ASU, King’s College London and the University of New South Wales in Australia are combining cutting-edge research capabilities, faculty expertise and student experience to address global issues related to sustainability, health, social justice, and technology and innovation. The research will be supported with a suite of related online learning programs.

At a ceremony in London this morning, ASU President Michael M. Crow said that the complex social and cultural transformations unfolding as the world’s population continues to grow present challenges that out-scale the capacity of any single institution to address. The combined powers of the PLuS Alliance will focus on potential solutions in a pair of critical areas.

“There are two essential, core things that need to be advanced at the largest scale possible, with the deepest impact possible,” Crow said. “And those are educational attainment and sustainable outcomes. And those two things together sit at the core of this alliance.”

Some 150 guests from the three universities as well as higher-education and other nongovernmental groups attended the ceremony held at Bush House on the Strand campus at King’s, an historic building that in the previous century was home to the BBC World Service.

Joining Crow at the event were ASU Executive Vice President and Provost Mark Searle, Executive Vice President and Chief Research Innovation Officer Sethuraman Panchanathan, and Philip Regier, the CEO of EdPlus at ASU, which is developing the online platform that will host PLuS Alliance courses. More than 20 degree programs will be available through the alliance beginning in September 2016, including bachelor’s degrees in sustainability, global health, and business and global logistics management; as well as master’s degrees in the Science of Healthcare Delivery and Infectious Diseases Intelligence and Sustainability.

To spur research collaboration, the presidents of the alliance institutions named more than 60 jointly appointed faculty members — a number that is expected to grow to more than 100. The launch was preceded by a research symposium designed to identify project priorities, which was attended by several representatives of the ASU faculty who will be named PLuS Alliance Fellows, including Gary Dirks
, director of the Julie Ann Wrigley Global Institute of Sustainability; David Guston
, director of the School for the Future of Innovation in Society; Michael Hanneman
, director of the Center for Environmental Economics and Sustainability Policy; Elizabeth Wentz
, dean of the social sciences in the College of Liberal Arts and Sciences; and Barry Bozeman
, Regents' Professor of public policy and a faculty member at the School of Public Affairs in the College of Public Service and Community Solutions.

“This partnership represents both a significant commitment and unique opportunity to create impactful solutions for a sustainable future. The PLuS Alliance will bring together some of the best minds on the planet and tackle many of the big questions facing our societies today, which would simply not be possible for one institution working alone,” said professor Edward Byrne, president and principal of King’s College London, which has been ranked among the top 20 universities in the world. King’s has a distinguished reputation in the humanities, health, medicine and law. Its research has helped shaped modern life from the discovery of DNA structure to development of radio, television, mobile phones and radar technology.

UNSW Australia is a recognized leader in innovation, focusing on areas critical to the future from climate change, renewable technologies and sustainable cities to business, public health and human rights. Its solar-cell engineers hold world records for converting sunlight into electricity; and its quantum physicists are leading the race to build the world’s first quantum computer in silicon.

“The PLuS Alliance brings together three world-leading universities that share an ambition to improve lives by working together on ambitious educational and research initiatives. Our combined scale, international reach and expertise will enable us to deliver innovative solutions to grand challenges, which are beyond the scope of our individual organizations," said professor Ian Jacobs, president and vice chancellor, UNSW Australia. 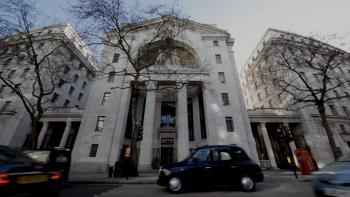 King's College London, the launch site of the PluS Alliance Download Full Image