Cities in the United States' Western region face a higher demand for water as populations grow and drought diminishes supply. That’s why the mayors of several Western cities recently agreed to work together on water sustainability and climate-change adaptation.

“As they like to say, mayors have to get stuff done. They are problem solvers with very immediate constituencies,” said Dave White, director of Arizona State University’s Decision Center for a Desert City, a research unit of the Julie Ann Wrigley Global Institute of Sustainability.

White, an associate professor in the School of Community Resources and Development within the ASU College of Public Service and Community Solutions, and Phoenix Mayor Greg Stanton hosted the mayors of Mesa, Los Angeles, San Francisco, and Aurora and Fort Collins, Colorado, at a side event alongside the U.S. Conference of Mayors Winter Meeting in Washington, D.C., last month. The “Western Mayors Water and Climate Change Summit” was an opportunity for city leaders to discuss what actions their cities are taking to address urban water supply and demand issues in an era of changing climate.

“Cities are doing a lot in this space — perhaps more so than the federal and state governments,” noted White. “We wanted to facilitate a conversation about what is working and share ideas that will have potential to help in the future.”

The event builds on a long-standing collaboration between the center and the City of Phoenix, going back over a decade. It is a two-way street — helping to ensure policy and management concerns are incorporated into the research process and that those in the science community inform the policy-making process.

The goal is to take those lessons and broaden impact regionally.

“We have to stop thinking of water as a zero-sum game and that if Phoenix does better it’s somehow at the expense of some other area of Arizona, particularly the rural ones or other urban areas in the Western United States,” Stanton told Cronkite News.

Western states have unique challenges in water management. While not all of the ideas transfer well, and each city is in a different place with regard to climate change and the impacts, the goal is to move toward a consensus on a series of principles developed in cooperation by the center and the cities.

“For many years, the first choice was hard engineering infrastructure,” said White. “Moving forward, there is an eye on promoting policy innovation, cooperation and conservation demand management.” 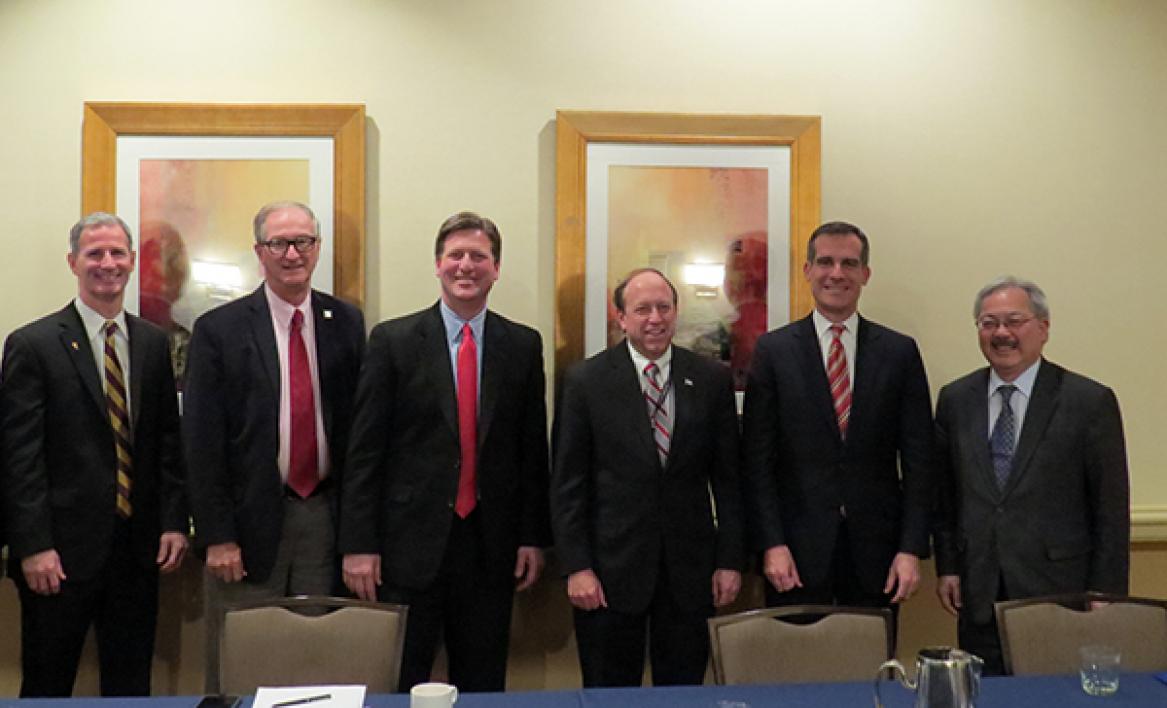 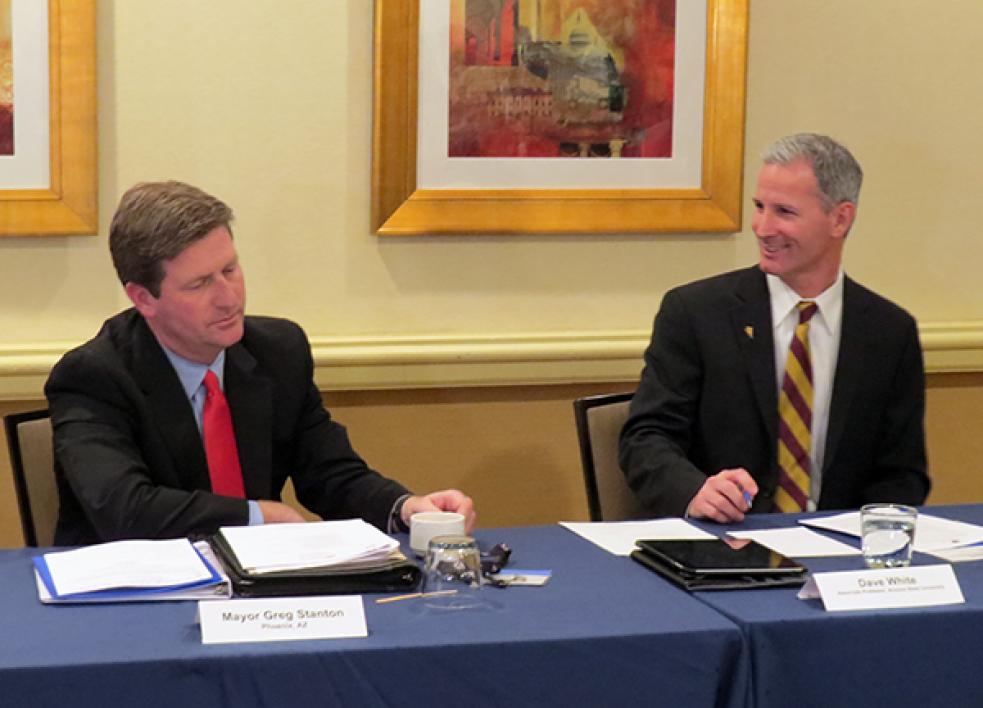 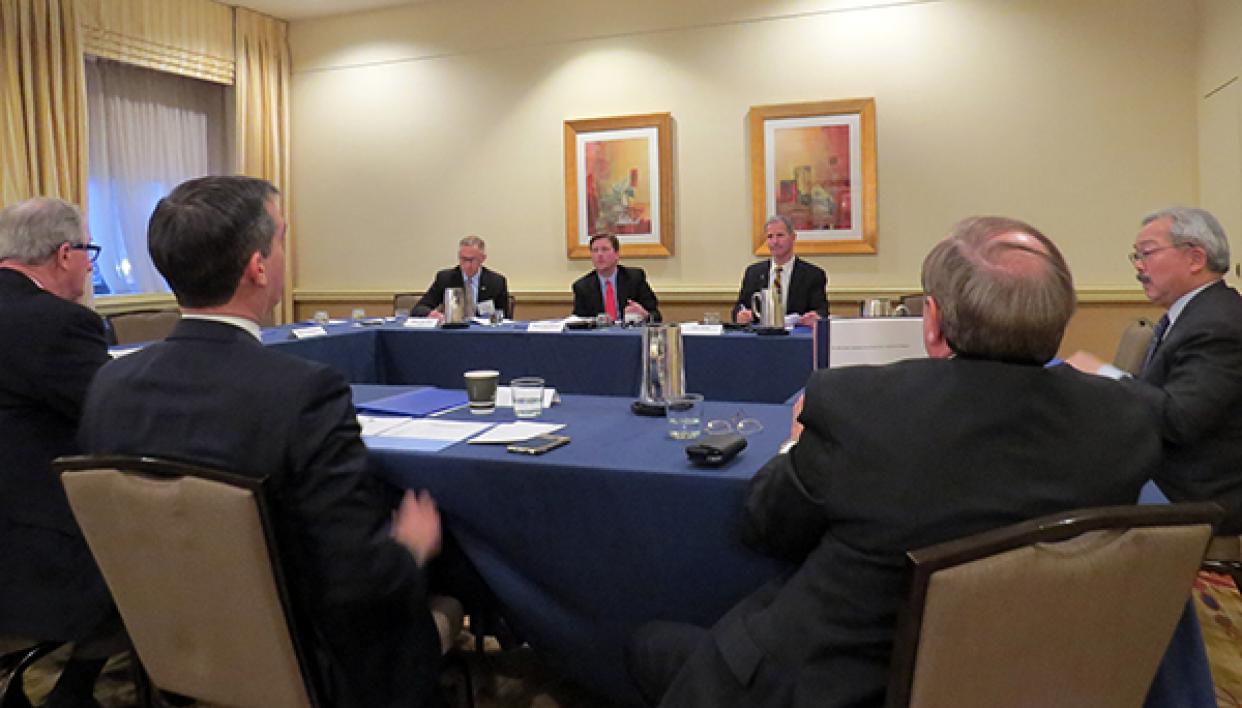 “It is likely going to save the City of Phoenix millions in not-built infrastructure,” White said.

Phoenix is also one of several cities participating with the Bureau of Reclamation in the Colorado River Resiliency Fund. The city pays $5.5 million a year into the fund. The money is used to help large businesses and growers improve water efficiency. The water that is saved is stored in aquifers and allows Phoenix to use that water if its share of Colorado River water is later reduced due to drought.

At their meeting in Washington, D.C., mayors talked about the role Improvements in information technology will play in helping conserve water. White compares it to the energy sector where instant data on usage allows suppliers and consumers to make better decisions.

Another area of concern for mayors is educating the next generation of leaders in government, industry and environmental policy. Current leaders have spent years learning about water delivery, use and conservation. Transferring that knowledge to new leaders is crucial for successful water management.

“The idea of thinking about providing a secure, sustainable water supply for future generations is this notion of a public good that really crosses sectors — public, private, nonprofit — and requires us to train leaders in all of them,” White said.

Both White and Stanton plan to build on the initial meeting. In addition to facilitating idea sharing, the group will evaluate a series of principles developed by Decision Center for a Desert City, with the goal of refining and ultimately moving toward a consensus for implementation.

ASU Insight: Thomas E. Ricks - Why I fear we will lose our next big War

ASU Insight: Thomas E. Ricks - Why I fear we will lose our next big War

A senior adviser for national security at the New America Foundation and a contributing editor of Foreign Policy magazine, Ricks will explore the future of war and the type of military leadership necessary in the 21st century.

Ricks has reported on U.S. military activities around the globe and is the author of numerous books, including New York Times best-seller and Pulitzer Prize finalist “Fiasco: The American Military Adventure in Iraq.” His most recent book is “The Generals: American Military Command from World War II to Today.” 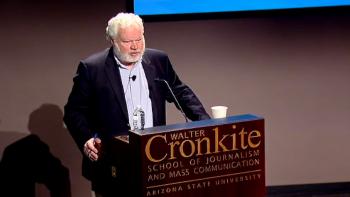