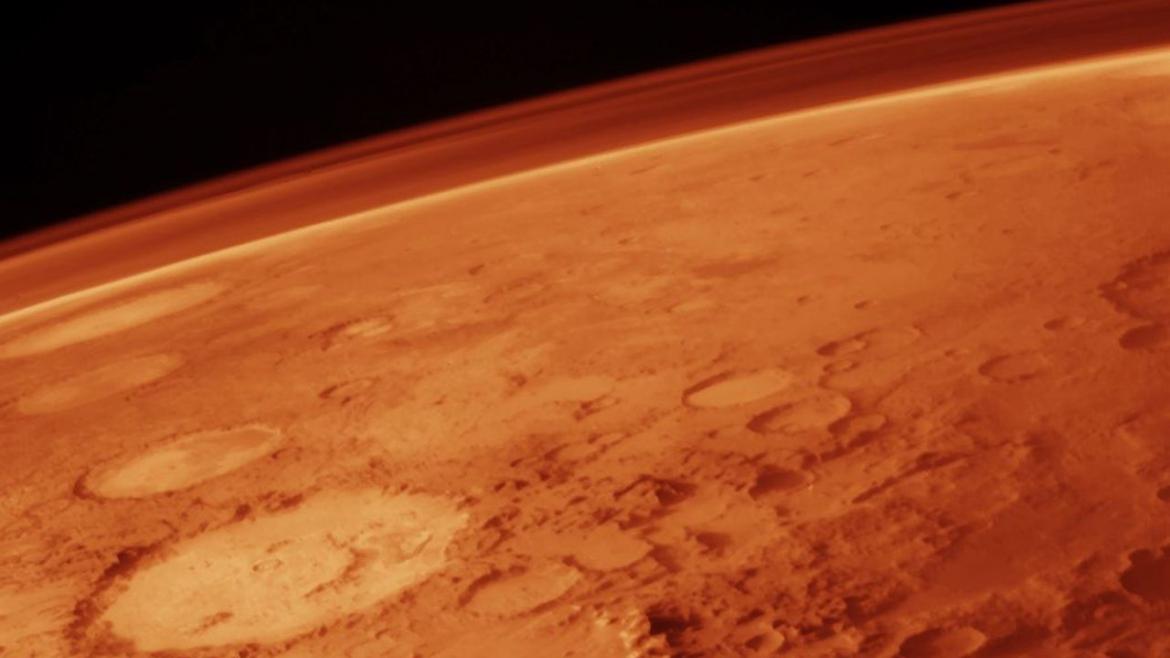 Becoming a Martian: What we need to do to get to the Red Planet

Tempe campus
We will populate Mars. This is how.
ASU conference explains how we will become Martians.
February 5, 2016

Robots are moving about, carrying out exploratory missions operated from the base. At a safe distance from the human habitat, powered by a nuclear reactor shipped from Earth, rockets are taking off and landing. Machines are mining water and oxygen. Somewhere in the hab, farmers are tending crops. Geologists swarm over cliffs and outcroppings with rock hammers.

That was the picture painted at a conference Saturday hosted by Arizona State University for teachers on how to prepare students for the push to land humans on Mars. Some of the world’s top experts on space travel and the Red Planet discussed what the experience will be like, what we need to know and what problems need to be cracked so the voyage can happen.

“Your students will get to experience that journey in their lifetimes,” Sheri Klug Boonstra, director of ASU’s Mars Education Program, told more than 80 teachers from six states. “You’re hearing from world-class people.”

Phil Christensen, Regents Professor and the Ed and Helen Korrick Professor in ASU's School of Earth and Space ExplorationThe School of Earth and Space Exploration is a unit of ASU's College of Liberal Arts and Sciences., has built five science instruments that have flown on NASA missions to Mars and two that are slated to go to an asteroid and a moon circling Jupiter. He discussed the big questions that can only be answered by boots on Mars and some of the spectacular sights astronauts will see.

Richard Davis is the assistant director for science and exploration in the Science Mission Directorate at NASA. He is also the co-lead for the Mars Human Landing Sites Study and the former capsule communicator, or CAPCOM, between Mission Control and the International Space Station. Davis presented an overview of what needs to be accomplished to go to Mars and some of the work that’s being done already.

“It’s fun to talk about Mars, but the answer to most questions is ‘I don’t know,’ ” Christensen said.

We don’t know how much water there is on Mars, or where it came from. We don’t know how old the surfaces are, what the history of the climate is or the biggie: Is there life on the Red Planet? If not, why? Everything necessary for life has existed on Mars.

“You can only see so much with a rover,” Christensen said. “I feel like we’re nearing the limit of what we can learn with robots.”

“This is about becoming a multi-planetary species. ... This is our time to go out and explore the solar system.” — Richard Davis, NASA veteran

Once humans do settle on the planet, there will be both majestic experiences and surmountable obstacles.

Mars is home to the solar system’s biggest volcano and largest canyon. Standing on the edge of the latter is going to be a treat, Christensen said.

Martian dust is going to get into everything. “When humans go to Mars, that’s going to be their biggest problem: Dust is everywhere,” Christensen said.

Someday a trip to Mars will be routine, he said. “As we move forward and send people there, it’s going to seem more like our backyard.”

Davis said NASA aims to put people on Mars in the 2030s. He gave an overview of the Mars Human Landing Sites Study.

Mars ascent vehicles will be sent ahead. And the landing zones will have to be far from habitable zones because of rocket blasts. Exploration zones need to have interesting scientific areas nearby to examine. There need to be material resources nearby, to extract water and oxygen. A base will include a small fission reactor for power.

“Figuring out how we’re going to live off of an alien land is one of the coolest problems out there,” Davis said. “We don’t know how to do it, but I’m absolutely convinced we can figure it out.”

Davis compared a Mars base to McMurdo Station in Antarctica, which began as a collection of huts and is now a base so big it requires urban planning. “We are viewing this as a semi-permanent base,” he said.

“If you’re talking about a human base, you really want to live off the land,” Davis said. “Farming is going to be crucial.”

Martian soil is toxic; it will have to be cleaned and mixed with organic material to produce crops. It’s more than a food issue. David said the psychological effect of seeing “living green things is massive” in space. When the Russians load supplies for the space station, they put the fresh produce in last so it’s the first thing astronauts see — and smell — when they open the capsule, he said. It’s a huge morale booster.

Davis went through a laundry list of what problems need to be solved for a human Mars push.

• NASA is developing equipment (like toilets) on the International Space Station that won’t break as much as their current versions because resupply won’t be an option on a Mars mission.

• “Current space suits are a pain,” Davis said. Prepping a space suit for a space walk nowadays takes about a month.

• With almost no atmosphere on Mars, slowing down enough to land people safely is a problem to be cracked. “Having a system that’s reliable that can land there is crucial,” he said.

• An aerial capability to explore the planet and bring back samples will need to be created.

• “We’re going to send robots all over that planet, and humans will be there operating them.”

“Mars is really challenging,” Davis said. “NASA cannot do this by itself. ... I believe private industry will be on this journey to Mars, too.”

NASA doesn’t have anywhere near the number of people who will be needed to accomplish a Mars journey. It’s going to be an international effort.

“Everything that’s in human culture is going out to another planet,” Davis said. “This is about becoming a multi-planetary species. ... This is our time to go out and explore the solar system.”

Geodesign and urban development may not be the sexiest words in the dictionary, but it’s the meaning behind these titles that generates a lot of interest among students and faculty alike.Arizona State University recently hosted about 15 different organizations at a design and development workshop on the Tempe campus. During the two-day seminar, community representatives, stakeholders and academi...

Designers, developers come together to brainstorm ideas for a sustainable desert city

Geodesign and urban development may not be the sexiest words in the dictionary, but it’s the meaning behind these titles that generates a lot of interest among students and faculty alike.

Arizona State University recently hosted about 15 different organizations at a design and development workshop on the Tempe campus. During the two-day seminar, community representatives, stakeholders and academics met to work out the details of future urban planning in Phoenix. Among the organizations were Native American tribal representatives, economic development directors and community relations officers. 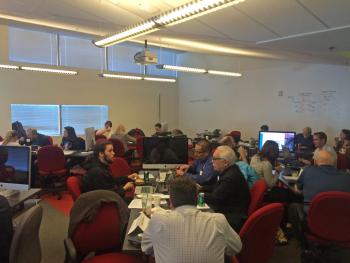 The purpose of the workshop was to demonstrate the use of digital geodesign tools to create a sustainable city in a desert landscape. The focus: Northwest Phoenix, where plans are being laid out to redesign the area around the Thunderbird Global School of Management, which ASU acquired a year and a half ago.

The designers and developers aim to help everyone impacted by new developments in the area by determining the best possible layouts for new construction projects. This is done primarily through geodesign’s most powerful tool: geographical information systems (or GIS), which allows planners to analyze and evaluate future land-use scenarios with various stakeholders.

The workshop also explored environmental factors, such as CO2 emissions and water conservation.

“Every scientific body that I go to talks about how to create simulation models for the future so that our cities are more sustainable,” said Patricia Gober, interim director at ASU’s School of Geographical Sciences and Urban Planning. “The ability to use these models and fuse them with public debate and discussion helps us tackle climate change issues.”

“The engagement and conversations are positive,” said workshop attendee Bobbi Magdaleno, director of community relations at ASU’s Office of Public Affairs. “It’s exciting because we’re talking about things like growth, change and vision.”

“[The workshop] is an opportunity for students to have hands-on experience,” said attendee David P. McAlindin, assistant director at Glendale’s Office of Economic Development. “The students can look at how they can better communities with tools that are available to them.”

The workshop also helped kick off a proposed new master’s program in geodesign at ASU.

According to Gober, the master’s program is a perfect example of how ASU searches for ways to be part of the community, and that there has been a high level of interest from students both locally and internationally.

“I think that the participants and community reps were quite excited by the tech and social processes surrounding geodesign. They saw real potential to develop things for the future,” she said.