A discussion led by Arizona State University faculty member Brooks Simpson titled "Presidents and War Powers" will air on C-SPAN 3 at 6 and 10 p.m. MT on Jan. 16.

The discussion, focusing on the American commander-in-chief and going to war, was taped last October during a session of “Power & Politics: The American Presidency,” a course Simpson teaches at ASU's Barrett, the Honors College. A camera crew from C-SPAN’s American History TV taped the class for C-SPAN's "Lectures in History" program. A preview is available here. 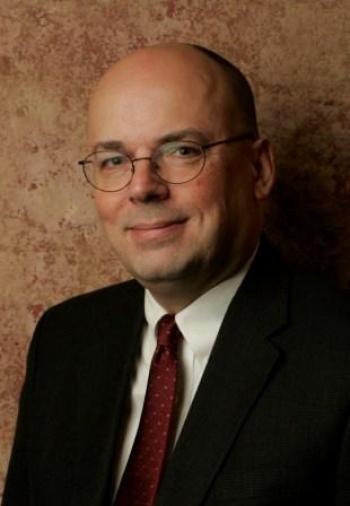 Brooks Simpson, ASU Foundation Professor of History in the College of Letters and Sciences and honors faculty member at Barrett, the Honors College. His area of expertise is 19th-century U.S. history, especially the period of the Civil War and Reconstruction, as well as the American presidency. Download Full Image

The "Power & Politics" course focuses on the powers of the office of the president of the United States and the performance of the individuals who have occupied it. The class follows a lecture, discussion and question-and-answer format.

Simpson is also a ASU Foundation Professor of History in the College of Letters and Sciences. His area of expertise is 19th-century U.S. history, especially the period of the Civil War and Reconstruction, as well as the American presidency.

Simpson has appeared on C-SPAN 15 times.

Teaming up for better health

Editor's note: This is part of a series highlighting new faculty members at Arizona State University. Find a complete listing of new 2015-2016 faculty here.Just over one-quarter of married people with doctorates had a spouse working in science or engineering, according to a 2010 survey by the U.S. National Science Foundation.The proportion of hires in science that went to couples rose from 3 perce... 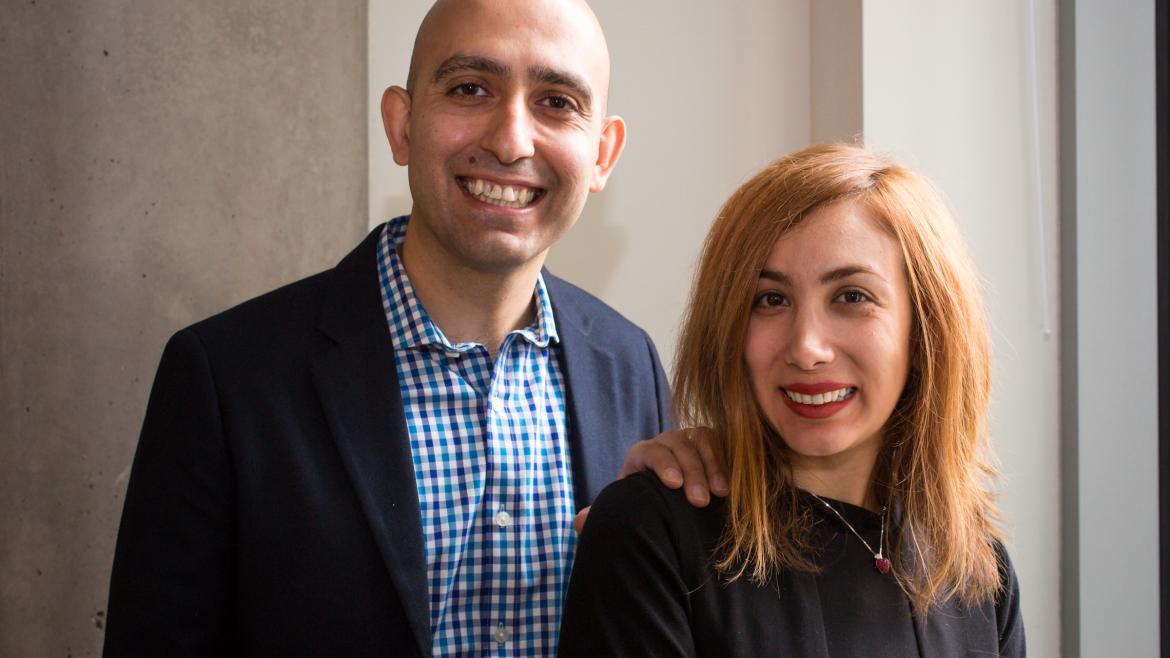 Teaming up for better health

Just over one-quarter of married people with doctorates had a spouse working in science or engineering, according to a 2010 survey by the U.S. National Science Foundation.

The proportion of hires in science that went to couples rose from 3 percent in the 1970s to 13 percent in the 2000s, according to a 2008 Stanford University survey of around 9,000 U.S. researchers.

Samira Kiani and Mohammad Ebrahimkhani are two of Arizona State University’s 2015-2016 class of new faculty. They are both assistant professors in the School of Biological and Health Systems Engineering in the Ira A Fulton Schools of Engineering. They both study biology at the cellular level. And they both fall into the above trends.

They married 10 years ago, and they’d both rather be in the lab than anywhere else.

They met in a student research center when they were each earning their MDs at the prestigious Tehran (Iran) University of Medical Sciences.

“We were working on a project, and we started to know each other at the same time we were doing science,” Ebrahimkhani said.

Working together has always been an advantage, Kiani said.

“We started working together since the days we were at med school and planned our pathway such that the works complement each other,” she said. “In general, I can confidently say that many times working together created a positive effect in our careers.”

They came to ASU from the Massachusetts Institute of Technology, where they landed after stints at institutions in London; Rochester, New York; and Seattle.

He studies the liver because it’s an organ with unique regenerative properties. If we understand how it works and what stops it from regenerating, he said, that knowledge can be applied to other organs, leading to much more effective cures in the future.

Kiani’s focus is on developing next-generation gene therapies. She works on new biological systems that can behave differently and produce different behaviors for medical therapies or different types of technologies needed for human health and human physiology. Her program of research will be for developing tools to fight pancreatic cancer.

As postdoctoral researchers at MIT, they combined the disciplines of biology and engineering to tackle questions from a different angle. In the end, ASU’s transdisciplinary approach to knowledge attracted them to Arizona.

“We could find this synergy very uniquely here,” Ebrahimkhani said.

Both will teach as well as conduct research at ASU.

Kiani will work closely in collaboration with the Mayo Clinic and the Translational Genomics Research Institute (TGen). The Valley’s growing biotech industry was a draw for her. “It’s very attractive,” she said.

The couple also had a warm welcome when they visited the Tempe campus and interviewed.

Finding ambitious, motivated students among ASU’s enormous student population to work with them was another attraction.

“The student body was also something that we were thinking about,” Ebrahimkhani said.

They moved to Scottsdale in November to find a place to live and get settled. Ebrahimkhani immediately began writing for grants. They sampled the Persian Room restaurant in Scottsdale. (“Much better than Boston,” Ebrahimkhani said.)

Most of all, they are looking forward to work.

“Being scientists, our life is our job, so we spend most of our time in the lab,” Kiani said.