On Tuesday, Jan. 4, President Barack Obama described his executive action on new gun-control measures, focusing on background checks and tracking weapons sales. News organizations began counting down to the Thursday night town hall on the measures almost immediately. The issue is a hot topic, and divisive in American politics: How much control is too much?

Erik Luna, professor of criminal law at the ASU Sandra Day O'Connor College of Law and resident expert on the Second Amendment, tackles some of the questions at forefront of mind.

Question: The question on everyone’s mind: Is President Obama stretching the limits of executive action?

Answer: The actions have been pitched as clarifying and enforcing current law, not crafting new law. But, of course, the interpretation of existing provisions can be so unfaithful to the text and context of a statutory scheme as to have the effect of new “law.”

What can be said is the following:

1. We should expect gun-rights advocates to litigate every legal issue raised by President Obama’s actions. Some pressure points will include the Administration’s interpretation of who qualifies as a gun dealer (“engaged in the business” of dealing in firearms) for purposes of federal law.

2. America’s chief executives during this millennium, Presidents Bush and Obama, have opened new vistas of presidential power. Both adopted broad interpretations of their authority in counterterrorism efforts. In addition, President Bush had the habit of using “signing statements” to assert his right to ignore or not enforce laws enacted by Congress, while President Obama’s refusal to take action against illegal immigrants under his DACA policy (Deferred Action for Childhood Arrivals) stretched the traditional understanding of “prosecutorial discretion.” In the end, whether someone agrees or disagrees with a particular executive action will likely reflect their normative commitments (e.g., gun rights vs. gun control, someone’s stance on immigration policy, etc.). But the precedent set by these (in)actions is unnerving for those concerned about constitutional structure, the limits of the president’s authority, and his duty to “take Care that the Laws be faithfully executed.”

Q: What’s the legal culture around this issue like? Does the SCOTUS’ 2010 ruling on gun ownership make these new restrictions more difficult?

A: When I heard President Obama say the following — “I believe in the Second Amendment. It is there, written on the paper. It guarantees a right to bear arms.” — I almost spit out my coffee. I cannot imagine that an unreconstructed political liberal like the president actually believes in the Second Amendment, by which I mean not only the text of the constitutional provision but also its current interpretation by the Supreme Court. In District of Columbia v. Heller (2010), the Court ruled that the Second Amendment conferred an individual right to keep and bear arms, rather than a collective (and thus largely non-litigable) right to possess and carry a firearm in connection with militia service. In turn, the Court in McDonald v. Chicago (2010) held that the Second Amendment was fully applicable to the states. If you think that President Obama “believes in” (i.e., supported) either of these rulings, I’ve got a bridge I’d like to sell you.

Nonetheless, it seems unlikely that the president’s actions (at least as they have been outlined to this point) would be deemed by the courts to violate the Second Amendment. The decisions in "Heller" and "McDonald" concerned absolute bans on handguns possessed for self-defense in the home — an issue which is not obviously implicated by the president’s actions — and the Supreme Court went out of the way to emphasize the limited nature of its opinions.

Q: Politically, it has been historically noted that gun control has motivated those on the anti-control side more than pro-control side. Will this deprive the president and others of the political capital to enact tougher regulations?

A: It’s not clear that the president even has the capital to effect the plan he outlined, let alone genuinely tough gun restrictions, at least to the extent that any critical component depends on congressional action. Apparently, for example, President Obama will request that Congress fund the hiring of new government employees to conduct gun-related investigations. It would not surprise me if a significant number of federal lawmakers, perhaps a majority, reject the president’s request.

Q: Arizona is among the states with comparatively more relaxed laws, including concealed carry without requiring a permit. Will Arizonans feel much of an effect from these changes?

A: Probably not, unless the president’s actions portend a vast increase in federal enforcement activity in Arizona.

A new semester means a new crop of interesting courses at Arizona State University.Perhaps that (bad) romance novel you received as a white elephant gift leads you to Arthurian Knights and Ladies (ENG 320) or Bad Romance Edges Glory Lady Gaga: Ideology of Otherness (ENG 394). Or maybe those many family holiday get-togethers have you contemplating God and the Problem of Suffering (MAS 598) or — i... 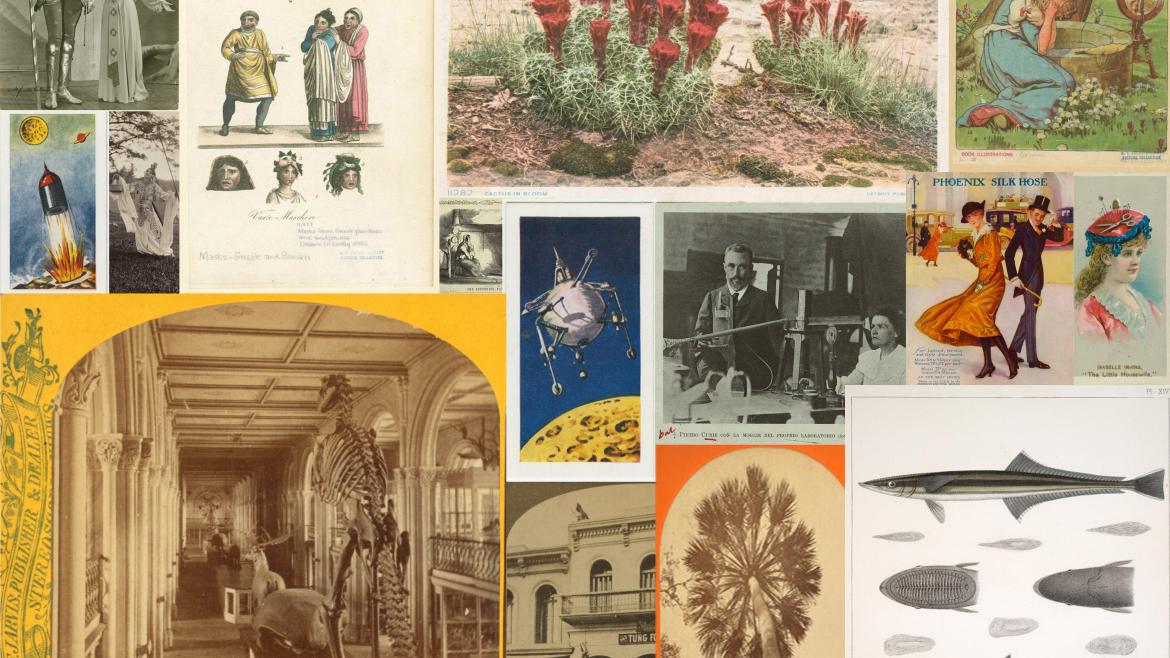 Looking for a quirky spring semester course? ASU has you covered.
January 8, 2016

Perhaps that (bad) romance novel you received as a white elephant gift leads you to Arthurian Knights and Ladies (ENG 320) or Bad Romance Edges Glory Lady Gaga: Ideology of Otherness (ENG 394). Or maybe those many family holiday get-togethers have you contemplating God and the Problem of Suffering (MAS 598) or — if your holiday meals are of the less dramatic type — Philosophy of Happiness (PHI 326).

Spring is full of commemorative months. In time for Women’s History Month in March, students can learn about the Gender, Science and Technology (WST 340) or attend a women’s studies course like Desperate Housewives (WSTWST stands for Women’s Studies, by the way, not Wisteria Lane. 374) and learn about the visualization of housewives in popular culture — not just on Wisteria Lane. Students can also double-down on American culture, history and society with American Style (AMS 201).

More of a mad-scientist type? Other ASU courses cater to STEMSTEM stands for science, technology, engineering and math students, such as Design of Aerospace Structures (AEE 426) and Space Vehicle Dynamics/Control (AEE 462) or the Essentials of Astrobiology: Exploration for Life in the Universe (SES 311). While Ecology and Natural History of the Sonoran Desert (SCN 301) will prepare students ahead of the springtime blooming season, maybe their interest lies less in flora and more in fauna, with such courses as the HoneyBee Biology and Apiculture (BIO 494) and Equine Therapy (PRM 494).

Many students are unaware that language tracks at ASU focus on culture as much as language. Fans of the movie “300” can get a more in-depth understanding of Greece and Rome at War (GRK 360). Students can learn more about Rumpelstiltskin and the Frog Prince in the German course Fairy Tales (GER 441). They can learn about such cultural topics as gosa, an offering to spirits, in Korean Culture and Society (KOR 250), or explore the Arabic course Quran Text and Women (ARB 341).

These classes fit into the more than 300 academic programs and majors offered within the ASU knowledge enterprise. They are intellectually rigorous takes on a diverse array of topics that can help to develop the thinking skills that create adaptable master learners — and make learning a lot of fun. 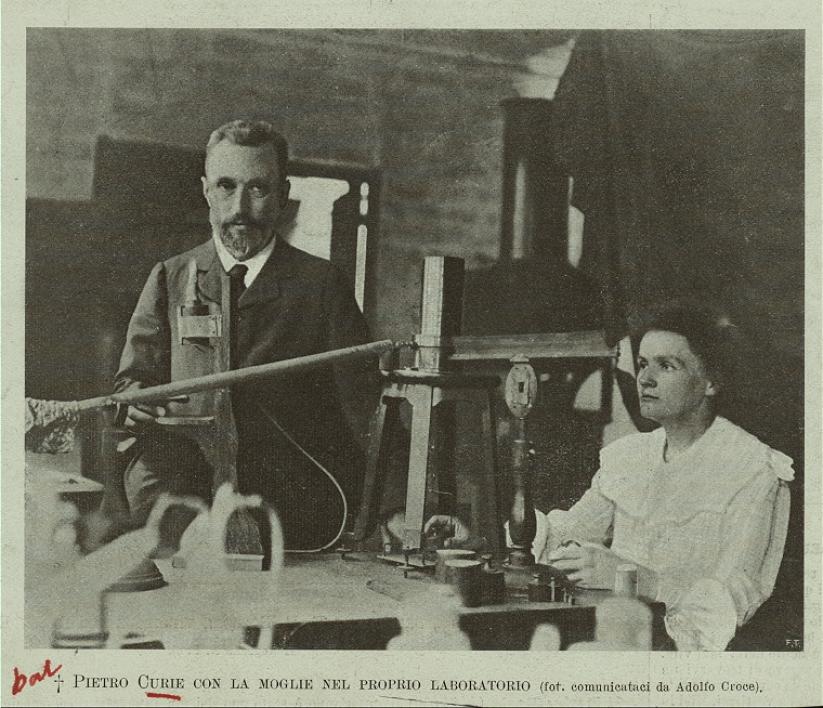 Students in ASU's Gender, Science and Technology (WST 340) course may learn about the epic Marie Curie, a physicist and chemist who was the first woman to win a Nobel Prize, sharing the prize with her husband, Pierre (pictured), in 1903. (She won a second Nobel Prize in 1911.) Their daughter, Irene, followed in the family footsteps, winning the Novel Prize with her husband in 1935. 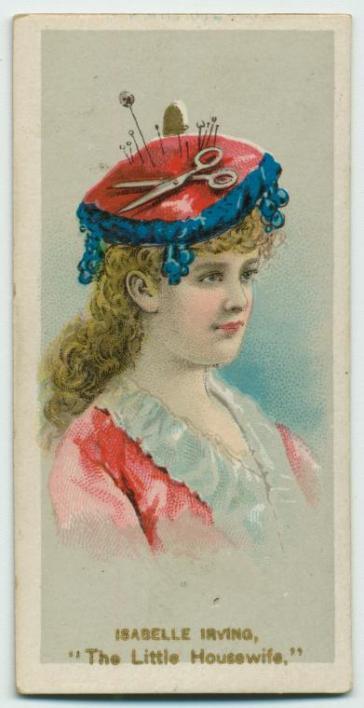 Desperate Housewives (WST 374) explores the visualization of housewives in popular culture — which has certainly changed over the years, as seen in this image of the "little housewife" as played by an American actress at the turn of the previous century. 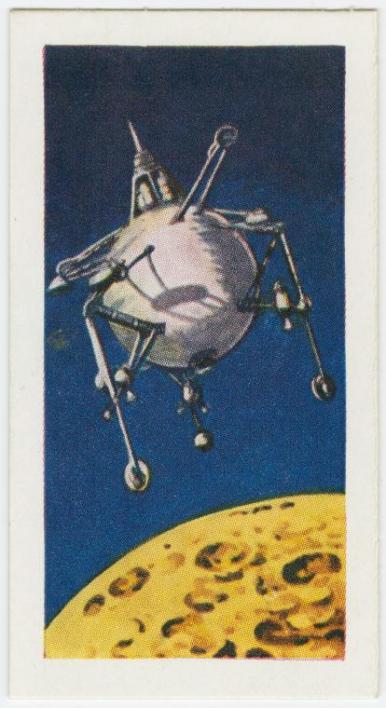 Those interested in expanding the boundaries of their world can attend Essentials of Astrobiology: Exploration for Life in the Universe (SES 311) and marvel at how far we've come. On the back of this vintage cigarette card, it reads, "Space ships are still largely in the realm of the imagination ... " 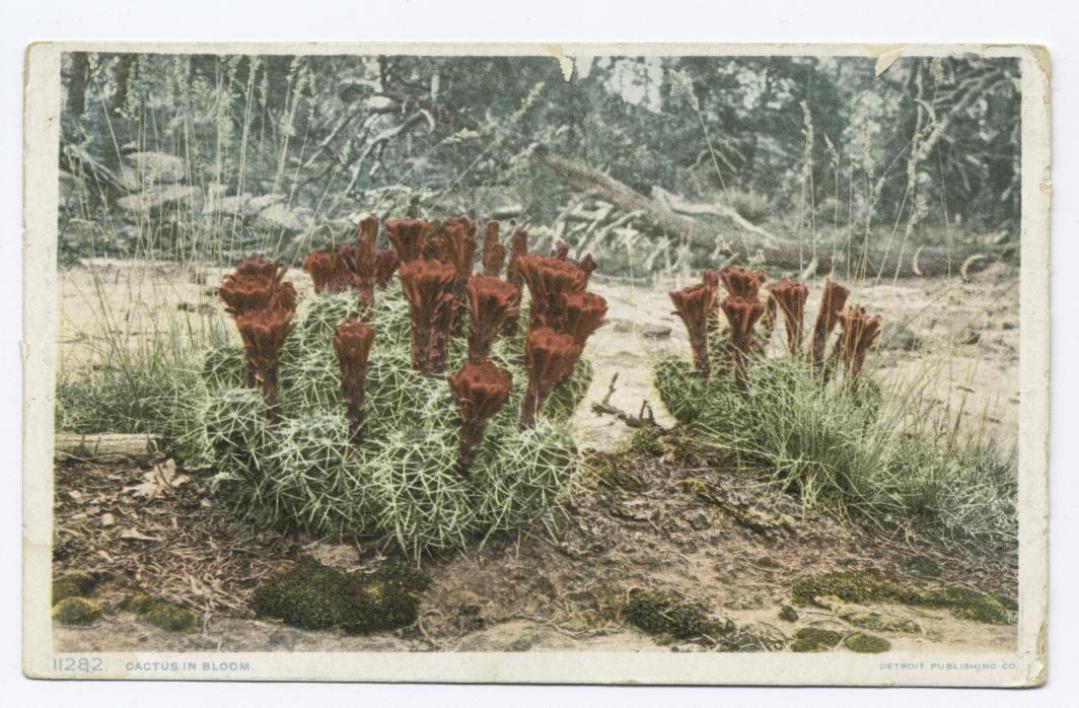 Arizona newbies may decide to take the Ecology and Natural History of the Sonoran Desert (SCN 301) to familiarize themselves with desert flora in time for spring hikes. This postcard image of Arizona from the turn of previous century shows off a cactus in bloom, a strange sight for East Coast eyes at the time. 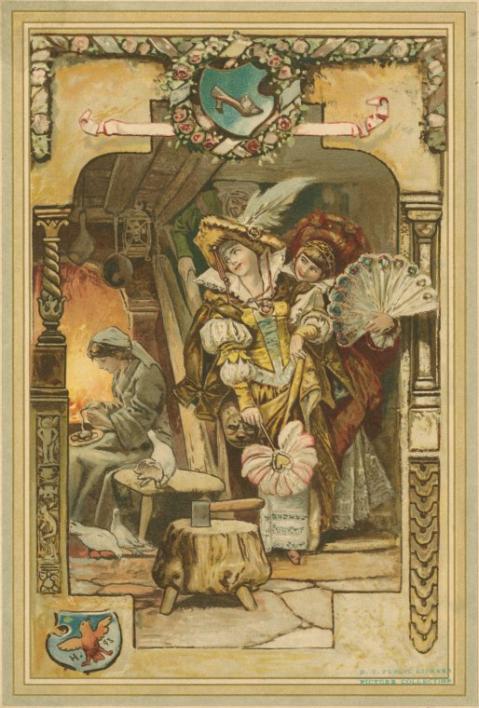 For those who like dark twists in their classic fairy tales, Fairy Tales (GER 441) will teach you about the original German fairy tales such as Cinderella and its similar — yet more disturbing — story line. 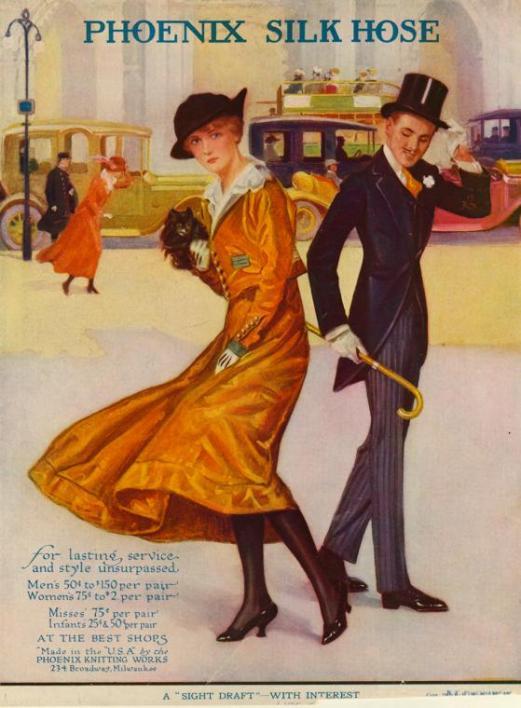 Oscar Wilde once said, "The first thing that struck me on landing in America was that, if the Americans are not the most well-dressed people in the world, they are the most comfortably dressed." Students can learn more about American Style (AMS 201) — though the emphasis will be more on culture and less on couture. (Pictured: A 101-year-old ad for Phoenix Silk Hose.) Students may find the hands-on experience in therapy they need while learning about Equine Therapy (PRM 494). This cigarette card image shows an American saddle horse and lists every breed of well-known horse on the back. 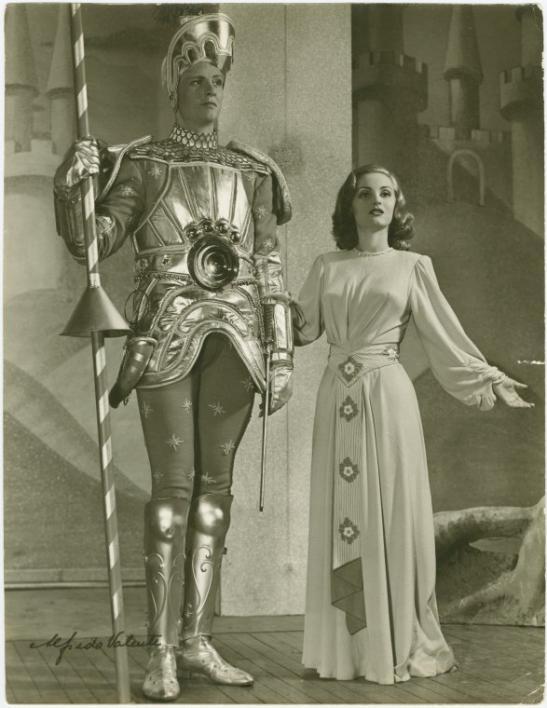 Some students might be drawn to the intrigue of Arthurian Knights and Ladies (ENG 320) and also might enjoy this 1943 image of Sir Kay and Queen Morgan in the 1943 revival of "A Connecticut Yankee (in King Arthur's Court)."