Discovering the rich tapestry of history can open our eyes to the connections between past and present, and how people and circumstances have shaped and continue to influence todays’ complex world.

Few people understand the wider world of countries, religions, time periods and peoples of the past as well as preeminent historian Asuncion Lavrin, professor emeritus at Arizona State University. She has recently been honored by the highly prestigious American Historical Association Distinguished Scholarship Award for lifetime contributions. 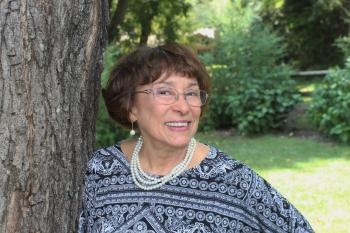 A Cuban national who immigrated to the U.S. in the 1950s on a scholarship to Radcliffe College, Asuncion Lavrin has gone on to lift the veil on lives formerly disregarded, starting with women and the church in colonial Latin America. She receives the highly prestigious American Historical Association Distinguished Scholarship Award for lifetime contributions in January.

“Very few historians receive this award. It honors a lifetime of remarkable contributions,” said Mark Searle, executive vice president and university provost. “Professor Lavrin’s work and teaching have been innovative and of the highest caliber. We are fortunate that she called ASU home and touched the lives of so many of our students.”

“It is the crowning event in my life as a historian,” Lavrin said. “It means that not just my own personal work but the field it represents has been recognized at a national level, and that makes me very happy.”

A Cuban national who immigrated to the U.S. in the 1950s on a scholarship to Radcliffe College, Lavrin has gone on to lift the veil on lives formerly disregarded, starting with women and the church in colonial Latin America.

Why history? Lavrin said that she was “continually fascinated by the motivations behind human behavior and also by the way people relate to each other and impinge upon each other’s lives. I also liked to study the ideas behind movements and nourishing human behavior.”

Lavrin’s career path was unconventional. She received a doctorate from Harvard in 1963, as one of the first women there to receive doctorates. Harvard lacked experts in her field, so she worked with a mentor at the University of California, Berkeley to pursue her interests.

Her postgraduate work was undertaken without a permanent university position. She taught part time, traveled to archives to develop her research and read Confucius, the Quran and the basic books of Buddhism and Hinduism. She studied the cultures and religions of Europe, pre-Columbian America and Asia. Ultimately, she was tenured at Howard University in Washington, D.C., moving to ASU in 1995.

Lavrin was attracted to ASU because the department of history (now part of the School of Historical, Philosophical and Religious Studies) was “expanding its intellectual boundaries and building in women’s and gender history.” She found she could devote her entire time to teaching Latin American history. She recalls that “given its size and stature, I could get ASU’s support to apply for National Endowment of the Humanities Institutes.” Her two awards, one in conjunction with the Arizona Center for Medieval and Renaissance Studies, brought 55 high school and college teachers to campus. She went on to receive a John Simon Guggenheim Fellowship to begin developing the field of masculinity in the universe of men in religion.

“My curiosity about women’s history has ranged from the church and women in colonial 18th-century Mexico to women, social change and feminism in Argentina, Chile and Uruguay in the 20th century. But I am also interested in men’s history and life of mendicant friars — the counter side of my published work that offers a complementary and more complete view of the past in human terms,” Lavrin said.

Her first published article on the importance of nunneries in the economy won the James Alexander Robertson Memorial Prize from the Conference of Latin American History. She has now authored more than 100 articles and book chapters, and nine books, including “Brides of Christ: Conventual Life in Colonial Mexico.” This award-winning book lifted the veil, literally, on the social, religious and organizational lives of women in nunneries in three centuries of Mexican colonial history. Published in English in 2008 by Stanford University Press, this work is being released in Spanish for the first time in 2016, making it more accessible to her large readership in Mexico, Central and South America.

In addition to her lifetime award from the American Historical Association, Lavrin is also being recognized by the Rocky Mountain Council on Latin American Studies. The council has created the Bandelier-Lavrin Prize for Best Work on Colonial Latin American History, which will be awarded for the first time in 2016. This prize takes the name of Lavrin, to honor her as a woman who successfully opened up the field of women’s history, and pairs it with that of Fanny Bandelier, an accomplished historian whose work went unrecognized because of the closed nature of academia and hostility to women in the past.

Opening new paths to discovery and forging a successful career are only two of Lavrin’s legacies. Perhaps even more importantly, she has added weight to the understanding that “all voices need to be represented, not just in the past, but in the totality of the world in the present.”

Lavrin receives her award on Jan. 7 at the 130th annual meeting of the American Historical Association. To learn more about ASU faculty excellence and other highly prestigious awards, visit https://provost.asu.edu/faculty.

Dan Collins, a professor of intermedia in the School of Art, was recently awarded a 2016 EPA Environmental Education Model Grant of $192,000 for a project involving 10 high school students that will explore the water quality of the Colorado River. In his art practice, Collins works with digital interactive media to address various concerns, often relating to the environmental landscape of the Sout...

Dan Collins, a professor of intermedia in the School of Art, was recently awarded a 2016 EPA Environmental Education Model Grant of $192,000 for a project involving 10 high school students that will explore the water quality of the Colorado River. In his art practice, Collins works with digital interactive media to address various concerns, often relating to the environmental landscape of the Southwest.

In addition to teaching class in the School of Art, the School of Arts, Media + Engineering and the Global Institute of Sustainability, Collins is also the co-director of the PRISM lab, an interdisciplinary 3D modeling and prototyping facility at ASU. 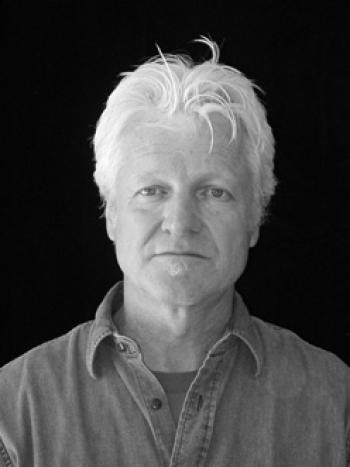