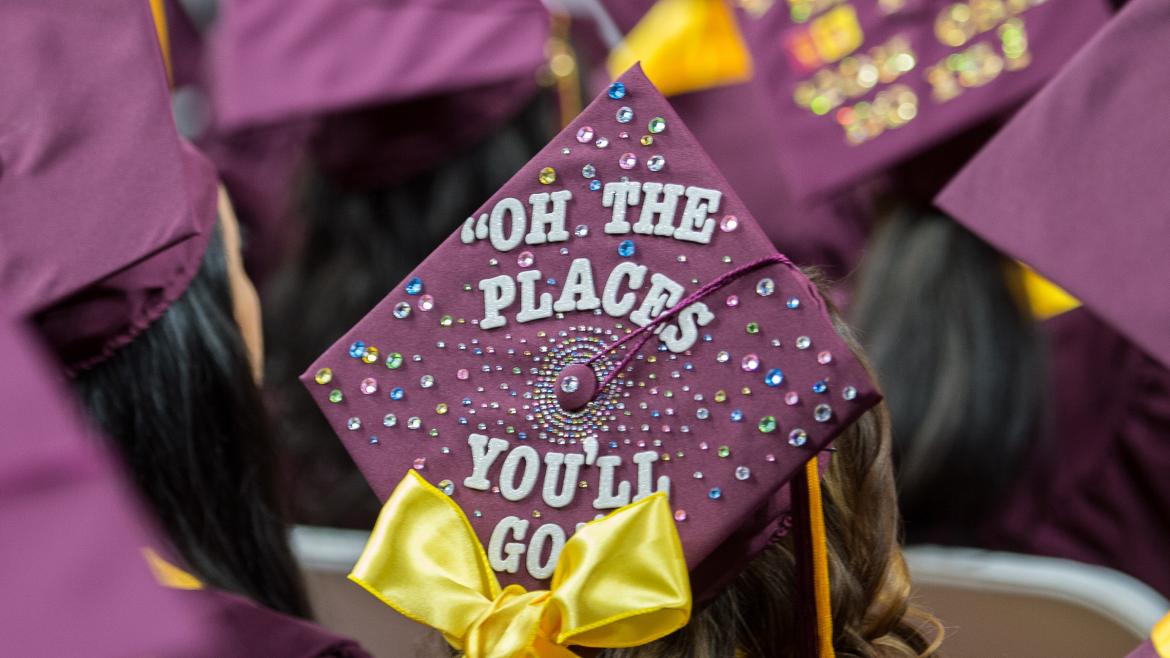 A look at some of the stand-out students from ASU's fall 2015 graduates.

It took time for ASU life sciences student Samuel Teegarden to find his way in school, but once he discovered a passion for ecosystems and making a difference, he was unstoppable.

Carlos Melendez came to ASU from Venezuela. Due in part to the political turmoil in his home country, Melendez went from having a comfortable lifestyle to barely having enough money to eat. Then the Thunderbird community stepped up to help.

During its fall 2015 convocation ceremony, the College of Liberal Arts and Sciences will honor their best and brightest undergraduates from the social sciences, natural sciences and humanities.

Four women from the College of Public Service and Community Solutions are being recognized as outstanding graduates  — and exemplify a commitment to public service, innovative thinking and finding solutions for the issues in their community.

Working at Escalante Community Garden and studying urban planning as a student led Justin Peterson to the path he’s pursuing now — a career in which he can help shape a community with which he’s deeply involved.

ASU graduate student Jasleen Rooprai's first teacher is the one who most inspired her to become a teacher herself: her mother. Now she's graduating with a master’s degree in secondary education and a teacher’s certificate from the Mary Lou Fulton Teachers College.

Carolina Moreno takes her role in the lives of students seriously. Moreno, who graduates with an secondary education degree in Spanish, grew up in Mexico where she had some very influential teachers who helped her realize the important role teachers play.

Ready to heal the world

When she was a child, Kaitlyn Fitzgerald took on the responsibility of helping to heal her family. Now the ASU grad is setting her sights on repairing the world. She will earn two degrees and give two commencement addresses before working for social justice.

Emily Kaba came to ASU from Dubai, and the desert environment around campus intrigued her — especially the distinctive rock formations at Papago Park. That led her to study similar-looking rocks from three sites, including some she collected in Oman.

In 2010, Honor Soluri was out of a job and out of options. After serving in the U.S. Army and enduring a nine-month deployment in Kuwait, she made her way back to the States and to ASU, where she will graduate with a bachelor's degree in English.

Going below the surface

After a break between high school and college, ASU graduate Eric Escoto dove into his studies about the earth's geology, particularly volcanoes and magma.

Desiree Graham has always had a passion for working with younger people. This, coupled with the frequent moves her family made, which built a foundation for teaching, accepting new people, and immersing herself in new cultures and situations, helped the ASU grad decide on a teaching career.

After earning her film degree, Ashley Peatross is moving to LA but keeping her connection to ASU through Film Spark. Ultimately she'd like to one day direct and produce a major feature from a major studio that is an action/thriller.

Faster than a speeding couplet

After overcoming addiction, ASU English major Curtis Gokcen sped through his online coursework at a rare rate. Since enrolling in ASU’s online program in October 2014, he has completed 22 classes. Now, Gokcen is the proud owner of a bachelor's degree.

First-generation ASU grad Sara Santos reflects on how her family helped her succeed by ensuring she had a foundation for success. Santos is graduating with a nursing and health innovation degree is receiving an award at ASU’s Hispanic Convocation for her service to others in the Latino community.

A heart for misunderstood kids

Brianna Wang has a real heart for kids. As the 22-year-old psychology major receives her undergraduate degree this month, she wants to act as an advocate for children and others with developmental disabilities who are too young to help themselves.

Each of the six Ira A. Fulton Schools of Engineering select one undergraduate student in each of its academic degree programs as its Outstanding Program Graduate. A number of other students are honored as Distinguished Graduates for their notable accomplishments beyond the classroom.

The world remains abuzz this morning about Donald Trump’s proposed ban on Muslims entering the United States.The current frontrunner for the GOP nomination has shocked the political establishment and received nearly universal criticism from leaders around the world — even many in his own party — who fear that Trump’s rhetoric plays into the hands of the Islamic State, also known as ISIS or...

The current frontrunner for the GOP nomination has shocked the political establishment and received nearly universal criticism from leaders around the world — even many in his own party — who fear that Trump’s rhetoric plays into the hands of the Islamic State, also known as ISIS or ISIL. 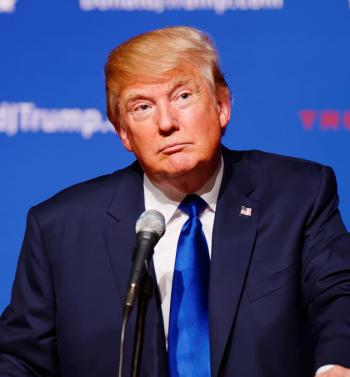 But his political base views the reality-show-star-turned-candidate as the only one speaking truth to power, no matter whether it fits a “politically correct” mold.

In 2005-06 Corman served on the Scientist Panel for the Strategic Operations Working Group at the U.S. Special Operations Command as an expert on terrorist networks and ideology.

Question: Donald Trump is being accused of doing precisely what ISIS wants with proposals, such as mosque surveillance and a ban on Muslim visits to the U.S., that provoke internal conflict here and further ISIS’ message that the West is allied against Islam. Accurate?

Answer: Yes. Daesh and other violent Islamist groups believe they will succeed by stoking conflict between Muslims and non-Muslims. Mr. Trump’s proposal plays into this strategy.

Q: You said “Daesh” rather than “Islamic State.”  Why?

A: Because Daesh is neither Islamic, nor a state. Their communication strategy is to convince people they are both, and we shouldn’t help them.

Q: What is the effect on peaceful Muslims who otherwise might be helpful and help identify threats?

A: It sends a message that they are not considered trustworthy. Why would they cooperate with people who don’t trust them?

Q: Have policies designed to encourage the integration of Muslims into Western culture, such as France’s controversial headscarf ban or Canada’s ban of the niqab during citizenship ceremonies, contributed to Muslims feeling ostracized?

A: In cases where Muslims are singled out for special treatment, yes. For example, some Orthodox Jewish women cover their hair, but as far as I know France does not ban this, or other religious sacraments such as wearing crucifixes.

Q: How can we frame today’s conversation about extremism so that it does not further the West vs. Islam narrative pushed by terrorists?

A: By discussing events in terms of violent extremism rather than Islam. Any religion can be misused to promote violence.

Q: Conservatives criticize President Obama for not using the phrase “radical Islamic terrorist.” Why should he or shouldn’t he?

A: Where it is necessary to refer to violent extremists as a class, he should use Islamist terrorist or extremist because that refers to people with a political rather than a religious agenda. That said, it’s usually possible to just refer to a specific group like al Qaeda or Daesh, and that is preferable.