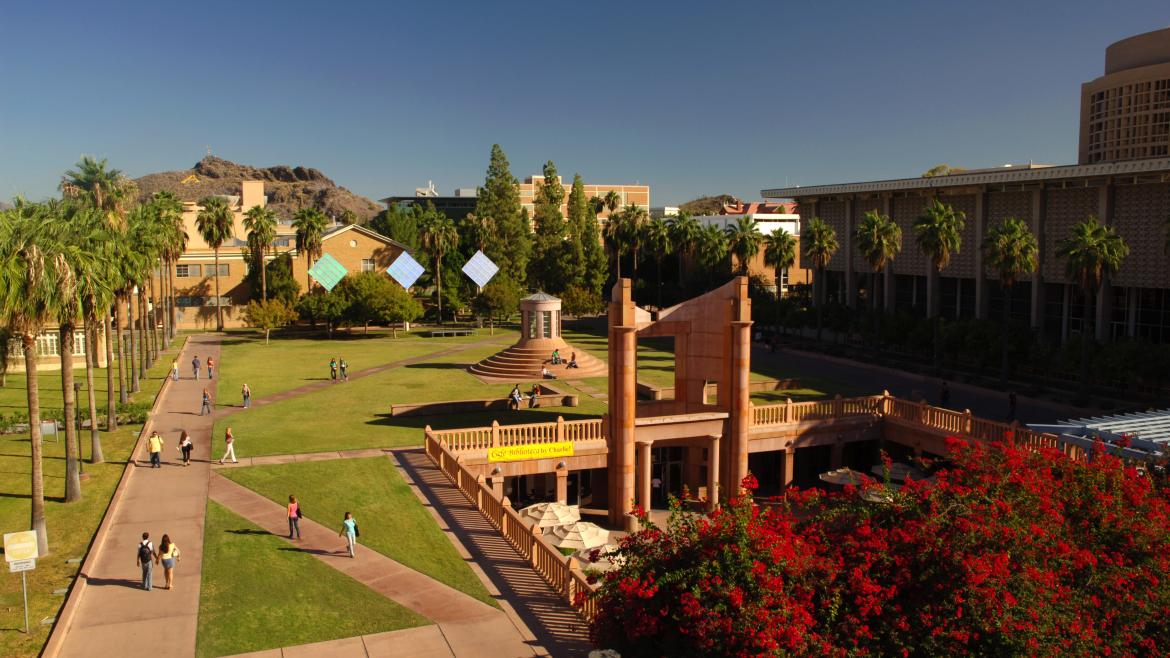 The three were nominated by ASU President Michael Crow and were approved by the Arizona Board of Regents on Friday.

Regents’ Professor is the highest faculty honor and goes to full professors from one of the three Arizona public universities whose exceptional achievements have brought them national or international distinction. With the most recent vote, ASU has a total of 83 Regents’ Professors.

The three newest honorees all came to ASU within the past 15 years, drawn by the university’s commitment to innovation.

Page, an expert in honeybees, had been at Ohio State University and University of California, Davis, before moving to ASU in 2004 as founding director of the School of Life Sciences.

“I thought, ‘Why would I want to go there?’” he said. “But I saw this can-do attitude. There was this energy of being active and being able to accomplish what you set out to do. I met Michael Crow and saw the energy he had and the vision he had for the university.

“It was an exciting thing I wanted to be part of.”

Fromme, who has pioneered the study of membrane proteins, said her colleagues were surprised when she went to ASU in 2002 from Germany, where she had two offers to become department chair of biophysics.

“I turned them down to come to ASU and they could not understand it, why I would want to go to the middle of the desert,” she said. “I was attracted to ASU because of the unique, innovative and interdisciplinary research environment, which let my research thrive beyond what would have ever been possible at any other university in Germany or the U.S.”

Turner, who studies how humans affect the environment, came to ASU in 2008 from Clark University in Massachusetts, attracted by that same innovative spirit.

“What was attractive to me was the scale it was undertaken, which transcended the modest scale of geography and became truly transdisciplinary in orientation,” Turner said.

“I’ve enjoyed every moment I’ve been at ASU. It’s been a great intellectual enlightenment.”

Here is more on the three honorees. 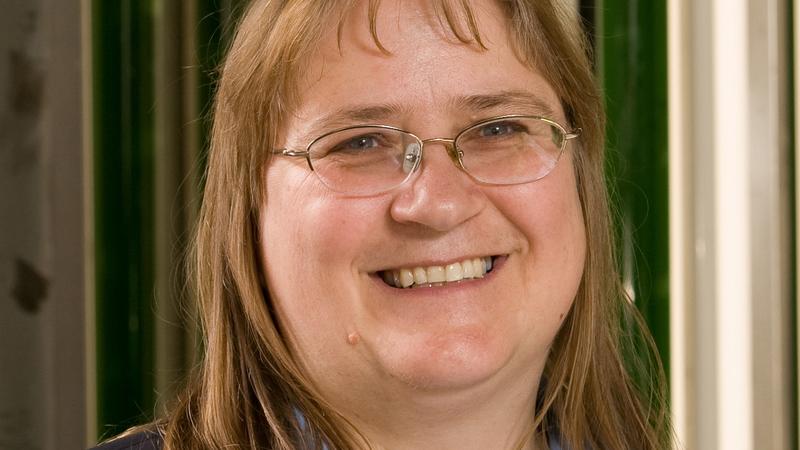 Paul V. Galvin Professor of chemistry and biochemistry in the School of Molecular Sciences in the College of Liberal Arts and Sciences.

She is a world expert on proteins and has been a pioneer in using new technology to research their molecular structure. Her discoveries and innovative research methods, which incorporate physics and engineering, will potentially lead to new drugs to fight deadly diseases and new methods of creating clean energy.

Fromme directs the Center for Membrane Proteins in Infectious Diseases at ASU and was part of an international team of researchers who, for the first time, used X-ray Free Electron Lasers to determine the three-dimensional structure of a protein. In 2012, the journal Science cited the team's research as one of the top 10 breakthroughs of the year.

Fromme also is director of the new Center for Applied Structural Discovery at the Biodesign Institute, where 12 faculty and their students from different disciplines work together on innovative projects to understand the structure and dynamics of proteins, potentially leading to improved manmade technologies.

She has had hundreds of publications. Fromme was the senior author and leader of an international team that published a paper in the prestigious journal Nature last year about how X-ray laser technology can show images of photosynthesis as it splits water into protons, electrons and oxygen.

“Each time we work on novel ideas that have never been formulated before, other scientists say it’s impossible until we show it’s possible,” Fromme said. 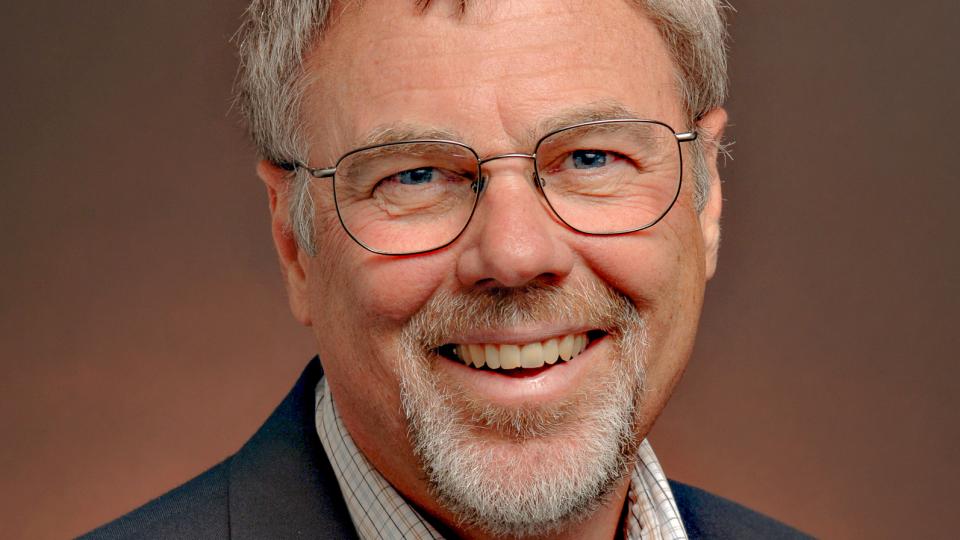 He is a world expert on honeybees and has made several landmark discoveries about their complex social interactions.

Page has published hundreds of articles and in 2013 authored a book, “The Spirit of the Hive,” based on his study of bee genomics and evolution. His research identified the primary sex-determination gene, which plays a key role in honeybee behavior.

He was the founding director of ASU’s School of Life Sciences and was the vice provost and dean of the College of Liberal Arts and Sciences.

Page is a fellow in the American Academy of Arts and Sciences and the German National Academy of Sciences.

“My colleagues in the School of Life Sciences are working on things where we have common interests and there are large areas of non-overlap, and those are the most important,” Page said.

“Those are the areas that allow you to move in a new direction you wouldn’t be able to go in on your own.

“I have world-class colleagues that have lifted me on both sides – administrative as well as the research.” 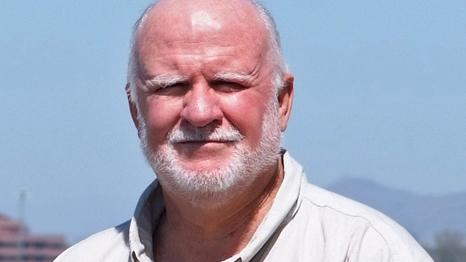 The Gilbert F. White Professor of Environment and Society, School of Geographical Sciences and Urban Planning, College of Liberal Arts and Sciences, and a professor in ASU’s School of Sustainability.

Turner is a pioneer in the field of sustainability science.

He was among the first researchers to use data to better understand how humans affect the landscape. He chaired the international committee that established “land system science” as a program of study and was instrumental in founding ASU’s interdisciplinary School of Sustainability.

Turner’s research, which includes the discovery of how the ancient Maya peoples’ activities contributed to the collapse of their society, has changed the way communities and countries think about the environment and climate change. Currently he is working on the design of urban landscapes to reduce their environmental footprint while maintaining human well-being.

“This is a big university with a lot of talent in it, and to be selected from that kind of talent is quite an honor,” he said.

Coming to Arizona prompted Turner to shift his research emphasis from rural to urban areas.

“I spent most of my life working on questions of land change and the implications for the environment for people in the tropical world, focusing a lot on tropical deforestation,” he said.

“In coming here, I have switched my orientation from looking at land change in big, wild rural areas to the question of Phoenix. I’m very much paying attention to how one could redesign the landscape in the Phoenix metropolitan area so it would reduce the environmental problems.

“I’ve always had a good sense of where the big problems are.”

Mark Searle, an accomplished university administrator, distinguished scholar, and founding dean of Arizona State University’s College of Human Services, has been named as executive vice president and university provost.ASU President Michael Crow promoted Searle to the post, which Searle has held in an interim capacity since June, and charged him with mapping out a three-year plan to raise studen... Mark Searle has been named provost of Arizona State University.
New ASU provost served as dean of West campus and VP for academic personnel.
ASU's provost also a prof. in the School of Community Resources and Development.
November 20, 2015

Searle, currently the interim provost, has been at ASU since 1995

ASU President Michael Crow promoted Searle to the post, which Searle has held in an interim capacity since June, and charged him with mapping out a three-year plan to raise student retention and graduation rates, increase tenure track faculty and increase access to higher education for qualified students. The Arizona Board of Regents approved Searle’s appointment today.

“Mark has served ASU with distinction for decades in increasingly complex roles,” said ASU President Michael M. Crow. “His experience, skill, commitment to a modernized and innovative ASU and work ethic have proven to be invaluable to ASU and all that the institution is achieving. In addition he is well regarded by faculty, students and leaders throughout and around the institution.”

While ASU already has increased access for qualified students, the success of the state and the country depends in large part on finding ways to provide more students with the opportunity to seek a quality higher education, Searle said.

“There is tremendous need in Arizona,” he said. “There are many more thousands of students graduating from high school in Arizona capable of going to college than are going to college. We need to get those students going to universities, and we need them to go to Arizona State.”

Those students need to learn from both the teaching and research faculty, requiring the university to increase the number and diversity of tenured and tenure track faculty.

“We need them to advance the intellectual product,” Searle said. “We need to have more research done, because we have opportunities and demand for the expansion of knowledge and discovery of knowledge.”

Searle said ASU must raise its student retention rate, the percentage of students who return for the next year of school. And while it’s graduation rate has more than doubled over the past two decades, the goal is to see 75 to 80 percent graduating by the year 2020

Searle arrived at ASU in 1995, when West Campus was in its nascent stages of development, and the vacated Williams Air Force Base only recently had been turned over to ASU, later to grow into the Poly Campus. ASU had only recently climbed into the first tier of research institutions.

Since then, enrollment has doubled and the university’s research enterprise has grown from around $100 million to nearly $450 million

Searle advanced through the ranks at ASU since joining the university as founding dean of the College of Human Services. He served as a faculty member and as provost of West campus, vice provost for academic affairs, vice president for academic personnel and deputy provost and chief of staff to the provost.

He held a series of academic leadership positions with increasing responsibility at the University of Manitoba before moving to ASU.

Searle has served many organizations and governments in a variety of capacities over his career.  He has edited one journal, served as associate editor of four others, reviewed for national granting agencies, and served his local community through leadership roles on various boards of directors.

ASU will conduct a national search to fill the role of deputy provost and vice president for academic affairs.

When he started at ASU and would travel to academic conferences, his employer’s name drew limited attention, Searle said. Now other attendees are keen to learn more about ASU.

“They want to understand all the change, the experimentation, the speed of success — all of that coupled with an environment that’s producing research at a rate that’s phenomenal,” Searle said. “We can do things that most people don’t think they can do.”