Arizona State University has chosen author and researcher John Seely Brown as the official speaker at the May 11 undergraduate commencement, addressing a crowd of nearly 8,500 undergraduate students at Sun Devil Stadium. 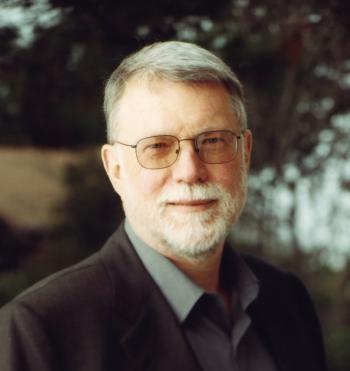 Along with planetary scientist, humanist and science spokesperson Carolyn Porco, Brown will also be receiving an honorary degree at the ceremony.

Frequently described as part scientist, part artist and part strategist, Brown is known for his work on ubiquitous computing, service oriented architectures, global innovation networks, social technologies and learning ecologies. He is currently a visiting scholar and adviser to the provost at the University of Southern California, where he facilitates collaboration between the Schools for Communication and Media and the Institute for Creative Technologies.

Previously chief scientist of Xerox Corporation (1992 to 2002) and director of the Xerox Palo Alto Research Center (1985 to 2000), Brown is considered one of the leading contemporary thinkers about ways in which technology impacts modern life. In 1986, he co-founded the Institute for Research on Learning, a nonprofit research organization that investigated learning in widely varied settings using collaborative multidisciplinary teams.

Brown is a member of the National Academy of Education, a fellow in both the American Academy of Arts and Sciences and the American Association for Artificial Intelligence, a trustee of Brown University and the MacArthur Foundation, and serves on numerous boards. He is also senior fellow on the Design Futures Council and has published more than 100 papers in scientific journals and delivered numerous invited lectures.

Brown will receive the Doctor of Humane Letters, honoris causa, in recognition of his broad view of the human contexts in which technologies operate and his leadership in design for emergence in a constantly changing world.

Porco is respected widely for her dual commitment to excellence in exploration and imaging of the solar system. She is a strong advocate for taking images and movies that touch the heart and soul of the public and offering a more understandable connection to taxpayers.

Now 25 years into leading the imaging science team on NASA’s international Cassini mission to the Saturn system, Porco has created some of Cassini’s finest products and enduring moments.

Among these is the mosaic image entitled “The Day the Earth Smiled,” a day when, at Porco’s command and planning, Cassini turned to image the Earth alongside Saturn’s rings as the people of the world smiled back in celebration of the uniqueness of Earth and of life on a pale blue dot. Her acceptance into the International Association of Astronomical Artists space art guild recognized her talent for composition and use of scientific findings to capture images at just the right moment for unusual perspective and color.

Porco’s long list of awards and recognitions reflect her contributions as a scientist, humanist and artist. They include inclusion in Time magazine’s 2012 Top 25 Most Influential People in Space; Carl Sagan Medal of Excellence in the Communication of Science to the Public (2010); New Statesman magazine 2009 Top 50 People Who Matter Today; Lennart Nilsson Award for excellence in scientific photography (2009); Isaac Asimov Science Award, American Humanist Association (2008); the London Sunday Times listing of 18 scientific leaders, The Brains Behind the 21st Century (1999); and the naming of an asteroid in her honor, asteroid 7231 Porco.

Porco will receive the Doctor of Science, honoris causa, in recognition of her pioneering work in planetary science, artistic success and the inclusion of a broad public in the adventure of science.

• Roughly 12,000 total ASU undergraduate and graduate students will have degrees conferred, with the graduate commencement ceremony scheduled for 10:30 a.m., May 11, in Wells Fargo Arena.

• The undergraduate commencement ceremony will be at 7:30 p.m., May 11, on Frank Kush Field, in Sun Devil Stadium.

• The Ira A. Fulton Schools of Engineering will say goodbye to roughly 2,094 undergraduate and graduate students.

• The New College of Interdisciplinary Arts and Sciences on ASU's West campus will be graduating roughly 511 students this spring.

• The College of Letters and Sciences will graduate roughly 485 undergraduate and graduate students, who have completed degrees based on the Downtown Phoenix campus, the Polytechnic campus, the Tempe campus, and through a pioneering partnership at Eastern Arizona College.

Free parking will be available throughout the Tempe campus, except for metered spaces and residence hall lots. Parking information for commencement and convocation ceremonies can be found here: https://cfo.asu.edu/pts-parking-commencement.

ASU among nation's most sustainable colleges

Arizona State University has been named one of the nation's most sustainable colleges for the sixth year in a row by The Princeton Review's Guide to 353 Green Colleges.

ASU among nation's most sustainable colleges

Arizona State University has been named one of the nation’s most sustainable colleges for the sixth year in a row by The Princeton Review's "Guide to 353 Green Colleges."

The annual guidebook identifies and measures colleges with exemplary commitments to sustainability. 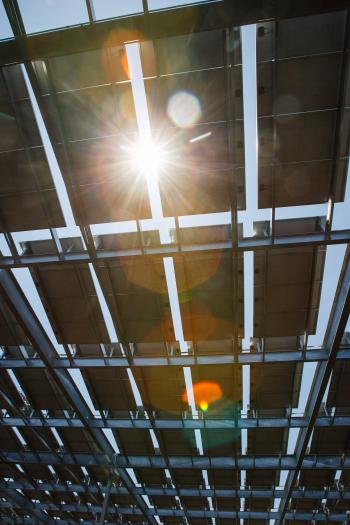 In this year’s green rating, ASU was noted for its:

• use of renewable energy

• number of buildings it has that are LEED certified

According to the Princeton Review, “Colleges train the next generation of leaders who will ultimately be responsible for putting green ideas into practice. By infusing sustainability principles into every aspect of higher education, there is a new priority for a whole generation of leaders, educated and trained to make a greener world now.”

The Guide to Green Colleges is a comprehensive resource identifying colleges with exemplary commitments to sustainability. Schools represented in the 2015 edition are based on their 2014 Green Rating scores (of 60 to 99) that Princeton Review tallied and reported in their college guides and website school profiles last August.

ASU was cited for numerous reasons, including its extensive use of solar energy. Solar installations adorn campus buildings and parking structures, and cover walkways on all four of ASU’s campuses. In total, the installations have a solar photovoltaic and thermal production equivalent capacity of 24.1 MWdc, which on a given day is equal to nearly 50 percent of the university’s electrical daytime peak load. These installations produced more than 35,000 MWhr of energy in 2014, which is equivalent to approximately 14 percent of ASU’s annual electric load.

ASU also subsidizes the U-Pass, which offers unlimited rides on area buses and light rail. And for those wary of public transport, ASU sponsors a bicycle co-op. Interested students get maintenance and repair to their bicycles and purchase parts and accessories at a discount.

The Princeton Review first published this guide in 2010. It remains the only free, annually updated downloadable guide to green colleges. The 218-page guide can be downloaded at www.princetonreview.com/green-guide.