It took a 60-year journey from Europe to the United States and back to bring Emmerich Kálmán’s musical comedy "Arizona Lady" to the main stage, and it would not be debuting without the discovery, translation and performances of Arizona State University scholars, alumni and students.

Arizona Opera’s production of the operetta — the tale of Arizona Lady, a horse attempting to win the Kentucky Derby – premiered in Tucson on Oct. 10. It opens Friday in Phoenix. 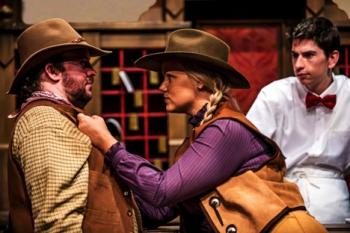 It is a story that almost never was: Kálmán, a prolific Jewish composer from Hungary, was forced to flee his home in Vienna in 1938 at the onset of Nazi occupation in Austria. He first immigrated to Paris before moving to California and New York, where he became enamored with American musical theater and western movies.

Kálmán eventually returned to Austria but died before the completion of his last work, "Arizona Lady." Its manuscript was completed by his son but was largely left untouched before members of Arizona Opera, together with two-time ASU grad, former director at the Vienna State Opera and conductor Kathleen Kelly, revitalized it for audiences familiar with the Wild West — if not with the musician who made it.

“The Arizona Opera is to be congratulated for bringing ‘Arizona Lady’ to the attention of music lovers in Arizona,” said Hava Tirosh-Samuelson, ASU professor of history and director of the Center for Jewish Studies. She has been part of a collaboration to recover and restore the forgotten repertoire of Jewish composers whose work was banned by the Nazis. The music and stories of those composers are being presented by ASU experts and others at the Rediscovered Voices Festival leading up to “Arizona Lady” performances.

Kálmán’s personal journey is reflected in the operetta. It features a Hungarian immigrant aspiring to succeed in the Southwest, and was originally written in German with select lines in Spanish. To increase accessibility, Kelly and ASU University Professor of English and Arizona Poet Laureate Alberto Rios translated the show into English. It will be performed in all three languages with supertitles projected above the stage.

“What I tried to find was some language that might find its way, language that would make its mark in the heart as much as the mind,” Rios said. “We don’t simply understand it — we must feel it. This is opera, after all.”

“They really tried to make this production as multicultural as possible,” said Dale Dreyfoos, professor of opera and music theater and resident stage director for ASU’s Lyric Opera Theatre. He plays “Arizona Lady’s” drunken jailer, Peligreen. “Musically, some of it sounds very much like Hungarian-influenced Viennese operetta, which is what Kálmán wrote. Some of the music sounds like it's straight out of ‘Oklahoma’; some of it sounds like it’s out of 'The Lawrence Welk Show' because it was written in the early 1950s. It’s very tuneful. It’s funny. It’s corny. But it’s touching, too.”

Dreyfoos noted that most theater companies in Phoenix involve ASU alums or students in nearly all of their productions — and that includes “Arizona Lady.”

Miriam Schildkret is one of those students. She completed her master’s degree in opera performance at ASU in 2014 and is now working toward her doctorate in voice performance. She is a member of the show’s chorus and will also appear in Arizona Opera’s productions of “Carmen” and “Falstaff.”

Though she’s been singing since before she could talk, Schildkret was new to the work of Kálmán, and said getting to know it was a pleasant surprise.

“It is always an incredible learning experience to rehearse in the same room with professional opera singers, directors and conductors, but this experience has been particularly great because everyone in the production is so welcoming and kind,” she said, noting how enjoyable it has been to work with Dreyfoos and Kelly.

During her time in Arizona, Kelly returned to her alma mater to teach two master classes to ASU students, including Schildkret.

“So many of us from those years are still living our lives as musicians, performing and teaching and creating,” Kelly wrote on her blog. “I was lucky to train here, and it’s a joy to come back.”

Kelly — like the operetta’s composer, scholars, students and musicians — has crossed the globe to pursue her art.

She’s not alone in being drawn to Arizona.

“Wild and strong and so inviting,” Kálmán wrote in the show’s finale, “Still untamed and still exciting — Arizona’s for me!”

Lisa Lizanec, an alumni of the School of Music, is currently on tour in Japan with the Tony and Emmy Award winning Broadway musical "Blast!" as a trombonist in the pit orchestra. The tour will cover all 47 prefectures of Japan.Previously, Lizanec was involved with the same production, traveling to Japan, Korea and the United States. She received her Master of Music in music performance in 2014...

Lisa Lizanec, an alumni of the School of Music, is currently on tour in Japan with the Tony and Emmy Award winning Broadway musical "Blast!" as a trombonist in the pit orchestra. The tour will cover all 47 prefectures of Japan.

Previously, Lizanec was involved with the same production, traveling to Japan, Korea and the United States. She received her Master of Music in music performance in 2014. 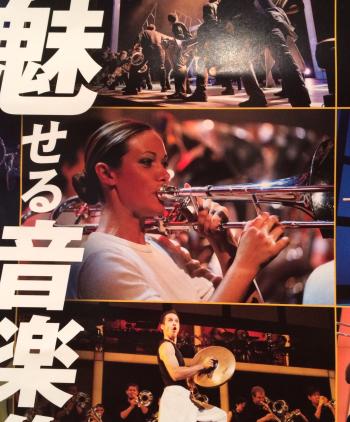