With a young population, substantial science and engineering skills and a huge consumer market, India has potential for phenomenal future growth.

However, the world’s largest democracy faces obstacles to economic development, including stifling labor regulations and an inadequate infrastructure. That’s according to B. Ravikumar, professor of economics at the W. P. Carey School of Business, who spoke at the kickoff of the Economic Club of Phoenix at the law firm of Squire Patton Boggs in downtown Phoenix Sept. 24. 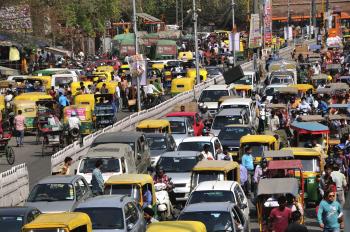 The event coincided with the U.S. visit of Indian Prime Minister Narendra Modi, who promoted his vision for India’s economy in a packed, five-day visit that included an address at the United Nations, a meeting with President Obama and a stop in Silicon Valley.

India is an “emerging giant,” said Ravikumar, who is on leave from his position as vice president of the Federal Reserve Bank of St. Louis. It’s an ancient civilization that encompasses diverse cultures, and its currency is printed in about 17 languages. “Imagine if you drove from Arizona to New Mexico and found a different culture and language there,” he said, adding that the diversity of the country is more analogous to Europe than the U.S.

India is already the third- or fourth-largest economy in the world, he said. In 2010, real gross domestic product (GDP) in India was $4.69 trillion; the U.K. and France combined were just $4.68 trillion.

The characteristics of India’s population factor prominently in the country’s current and future economic strength. In one of his speeches last week, Modi said that India has a population of 800 million under the age of 35 — more than the combined populations of the U.S., Canada and Mexico. “This working age population will be earning and spending over the next few decades,” Ravikumar said, creating a huge consumer market.

The cell phone market dramatically demonstrates the impact of India’s transformation. Before the reforms, he said, if you wanted a telephone it had to be a landline and you waited a year or more. Now, no one wants landlines and there are more cell phones than people. In 2001, there were 37 million cell phone subscriptions in the country. In 2011 there were more than 900 million.

“That’s a growth rate of about 35 percent per year,” he said. “Any business would kill for that.”

Ravikumar picked up India’s economic story with the inauguration of comprehensive reform in the early 1990s. The reforms spurred investment, and the share represented by private investment “sky rocketed” as government enterprises were transferred to private ownership and control.

The reforms loosened a complex system that regulated businesses in fine detail, based on size, number of employees, product, etc. Ravikumar said that this “hodgepodge” of very specific regulations made it difficult to hire and fire employees, and kept manufacturing from growing. But companies in the service sector, because they tend to be smaller, frequently escaped the regulations.

This dynamic has made India’s story unique among developing nations. A graph of India’s transition from 1988 to 2008 shows the service sector climbing toward a 60 percent share of the economy, agriculture dropping from about 30 percent to 20, and the manufacturing hugging the bottom at about 15 percent. A graph of countries such as China and Taiwan in the post-World War II era would show the opposite. The remaining labor regulations are making it difficult to move unskilled labor from agriculture to manufacturing, a situation that is one of the challenges India must resolve.

The reforms also ushered India to a place in the global marketplace. In 1987, imports and exports comprised 12 percent of GDP; by 2010 that share increased to 50 percent.

The harvest of growth

Per capita GDP is one way economists measure growth. Ravikumar compared the impact of India’s growth to that of the U.S. with a graph starting in 1950. Until the mid-1990’s, India shared a 2 percent per year real GDP per capita growth rate with the U.S. But at that point India pulled away, averaging roughly 6 percent growth per year. He explained that at 2 percent growth, each generation is twice as well-off as its predecessor. At India’s rate of 6 percent, successive generations are eight times as well-off.

India, of course, started with far lower real GDP, but nevertheless, Ravikumar noted “this is a huge change.” In 1988, before the reforms, per capita income in the U.S. was 23 times that of India, but in 2010 it was 12 times. “This rapid growth helps close the gap between the rich countries and India, but you can’t sustain 6 percent forever,” he observed.

Economists look for increases in total factor productivity (TFP) in countries that aspire to economic growth. TFP rises when a nation can increase its output without increasing the inputs – labor, capitol, material resources, etc. The good news is that more than 50 percent of the economic growth in India was fueled by TFP growth.

India’s educational institutions supported tech growth by preparing students as software engineers, but there have been too few to keep up with growth. The old model of higher education was founded on elite schools fed by a winnowing system of exams, but that system is beginning to give way to more educational opportunities as start-up colleges and universities sprout up around the country. There’s opportunity for foreign universities to enter India and fill the need for high quality higher education, Ravikumar added.

Setting the stage for another surge in Indian development requires continued reform of business regulations and more investment in essential infrastructure, such as railroads and highways. This is probably what keeps Prime Minister Modi awake at night, Ravikumar speculated. Brought to power by sky-high expectations, Modi will have to accelerate the rate of change to realize India’s potential.

Peter Schmelz, associate professor of musicology in the School of Music, was recently named an award recipient in the 47th annual ASCAP Foundation Deems Taylor/Virgil Thomson Awards, which honor outstanding print, broadcast and new media coverage of music."My article discusses the Symphony no. 5 by Ukrainian composer Valentin Silvestrov (b. 1937), considering the symphony's relation to both his 'p...

"My article discusses the Symphony no. 5 by Ukrainian composer Valentin Silvestrov (b. 1937), considering the symphony's relation to both his 'post' style and sociopolitical developments in the late USSR," says Schmelz. "I'm very pleased with this honor, and hope this recognition will spur further interest in the music of this important contemporary composer." 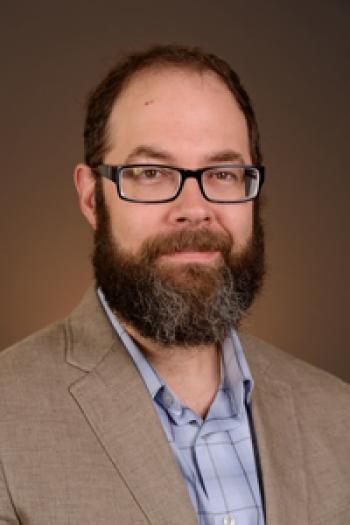 The award recipients will be honored on Nov. 17 at a special invitation-only ceremony and reception hosted by Paul Williams, president of the ASCAP Foundation, at their New York offices.