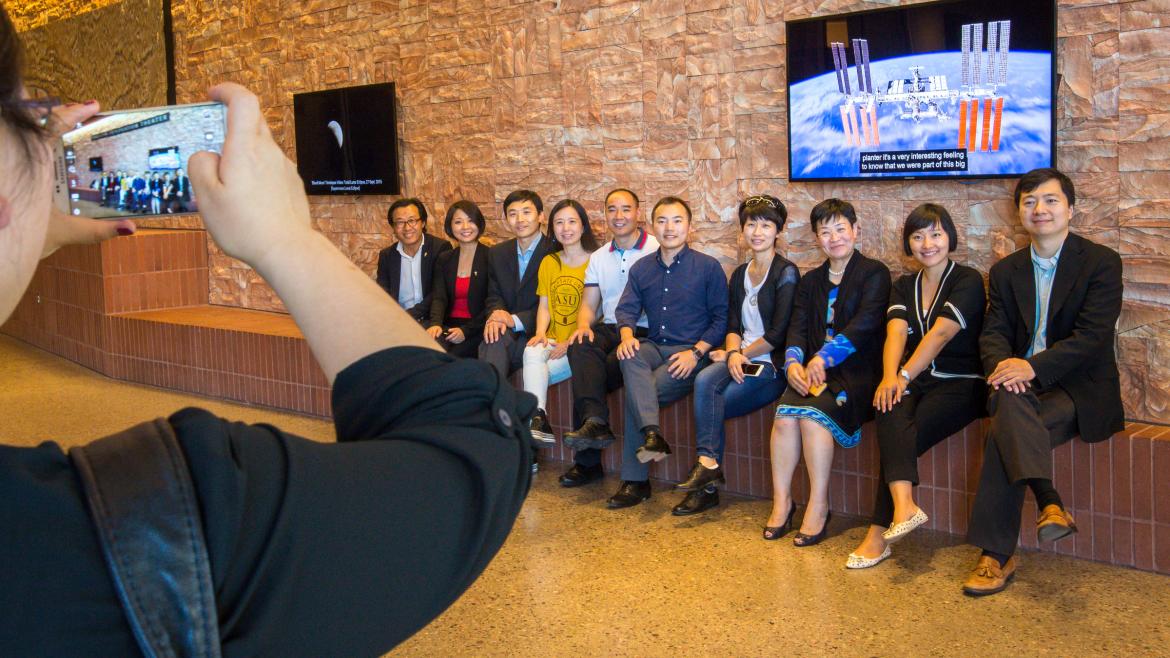 Paul Yang wasn’t expecting an ambient temperature of 108 degrees when he agreed to play golf with Arizona State University professor Buck Pei, but he played through all 18 holes anyway.

Yang was in Phoenix as part of the Doctor of Business Administration (DBA) in Global Financial Management program, a partnership between ASU’s W. P. Carey School of Business and the Shanghai Advanced Institute of Finance (SAIF) for senior corporate and government leaders in China.

In the past 10 years the amount of wealth in China has increased dramatically — on a national level, an individual level and a corporate level. This pace of change is profoundly affecting not only China's domestic situation, but also the global economy.

As a result, industry leaders like Yang are seeing a huge demand for wealth management in the country — one that Pei, executive dean of the W. P. Carey School, sought to address when he established the three-year doctoral program in 2012.

“The demand for DBA programs, especially in global financial management, presents a huge opportunity for us to recruit the highest potential candidates who will have important influence over the future of China’s financial market and government sectors,” Pei said.

Along with a cohort of 13 other students from China — who include successful managers, heads of banks, heads of public trade companies and market developers — Yang spent four days in Arizona visiting companies like Honeywell, GoDaddy and Charles Schwab to speak with experts in the field. 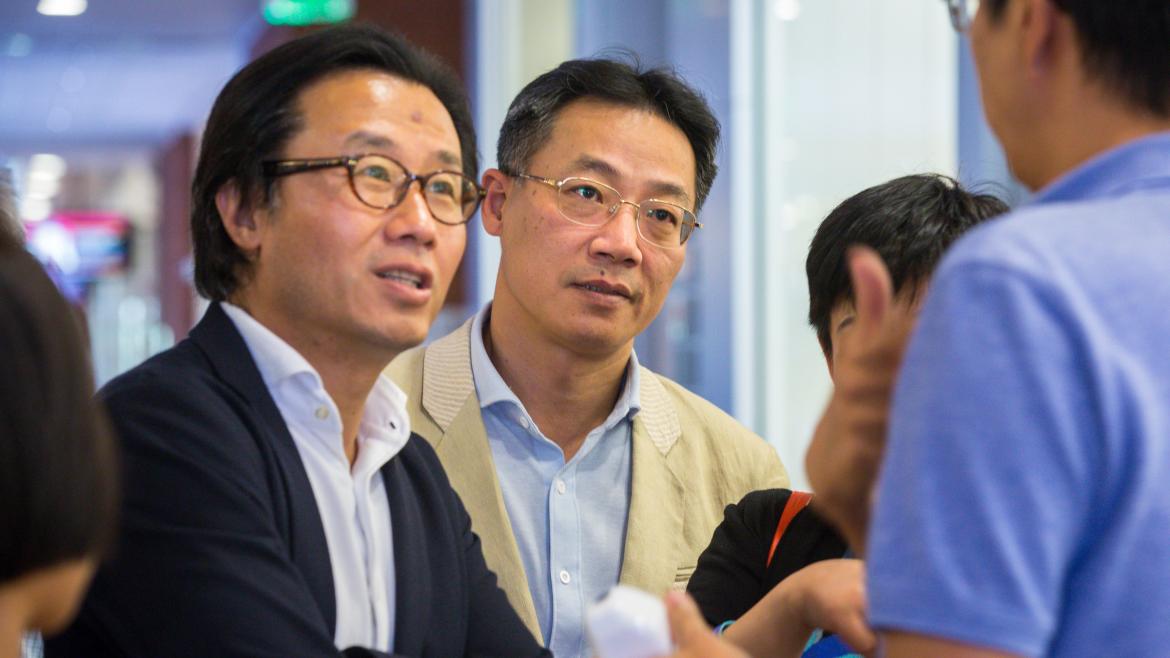 Paul Yang, left, and Michael M.J. Sun listen as they explore the Biodesign Institute on the Tempe campus as part of their scholastic program, while on a tour of the U.S., on Friday, Oct. 2, 2015. Photo by Charlie Leight/ASU Now

Three days in New York City on Wall Street was also on their itinerary.

The founder and managing partner of his own asset-management company, Yang is using this opportunity to look for international investment opportunities.

“Companies like GoDaddy, they’re very big companies but they have very little exposure to Asia, to China, which is such a big market,” he said.

Michael Sun, deputy chief executive of the Bank of East Asia (China), said that what they learned in the program and during their visit to the Valley has given them valuable perspective.

“There are several companies in China that can learn from the ideas of [these] companies,” Sun said.

Conversely, both Yang and Sun agree that American companies can also benefit from the program because it allows for invaluable international exchange among industry players.

“Through this ASU program, [American companies] can network with myself and my fellow classmates. … With our help, they can see crystal clear how to get into the Asian market,” Yang said.

For the second consecutive year, a national investigation by Carnegie-Knight News21 at Arizona State University’s Walter Cronkite School of Journalism and Mass Communication has received one of the nation’s top digital journalism awards.Carnegie-Knight News21’s “Gun Wars” investigation has won an Online Journalism Award from the Online News Association in the student projects pro-am cate...

For the second consecutive year, a national investigation by Carnegie-Knight News21 at Arizona State University’s Walter Cronkite School of Journalism and Mass Communication has received one of the nation’s top digital journalism awards.

Carnegie-Knight News21’s “Gun Wars” investigation has won an Online Journalism Award from the Online News Association in the student projects pro-am category. The 2014 investigation produced by 29 students from 16 universities featured dozens of multimedia stories, videos, databases and photo galleries examining the polarizing issues of gun rights and regulation in America. 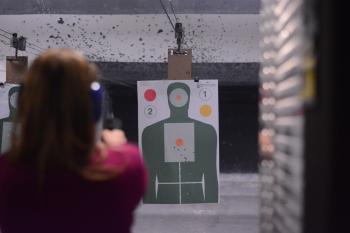 The investigation was led by News21 executive editor Jacquee Petchel, a Pulitzer Prize-winning investigative journalist, and Leonard Downie Jr., the former executive editor of The Washington Post and current Weil Family Professor of Journalism at the Cronkite School.

“This award is particularly special not only because it recognizes the power of strong journalism, but because it also underscores our efforts to be innovative in our visuals and storytelling about one of the most controversial topics in America,” Petchel said. “We are really proud of these young journalists for their extraordinary and visionary efforts on this project.”

Students analyzed gun laws in all 50 states and compiled the most complete database on gun-related deaths among children in America. They also traveled to more than 28 states interviewing hundreds of individuals and sharing their stories.

The Washington Post, USA Today and NBC News were among the news organizations that published major portions of the investigation.

“The ‘Gun Wars’ project exposed hundreds of thousands of Americans to a more complete picture of gun rights and gun control forces in the United States,” Downie said, “through penetrating stories and powerful multimedia about real people throughout the country — gun enthusiasts and citizen militias, women gun owners and entrepreneurs, teachers who carry concealed guns in their classrooms, the passionate lobbyists and activists on both sides of gun issues and the many inner-city resident and child victims of gun violence.”

Carnegie-Knight News21 won an Online Journalism Award last year in the large student reporting category for “Back Home,” a multimedia investigation into the fate of veterans returning home from Iraq and Afghanistan.

Carnegie-Knight News21 is a multimedia investigative reporting initiative established by the Carnegie Corporation of New York and the John S. and James L. Knight Foundation. The “Gun Wars” project was also supported by the Miami Foundation, the Ethics and Excellence in Journalism Foundation, the Hearst Foundations, the Donald W. Reynolds Foundation, the Peter Kiewit Foundation and Louis A. “Chip” Weil.