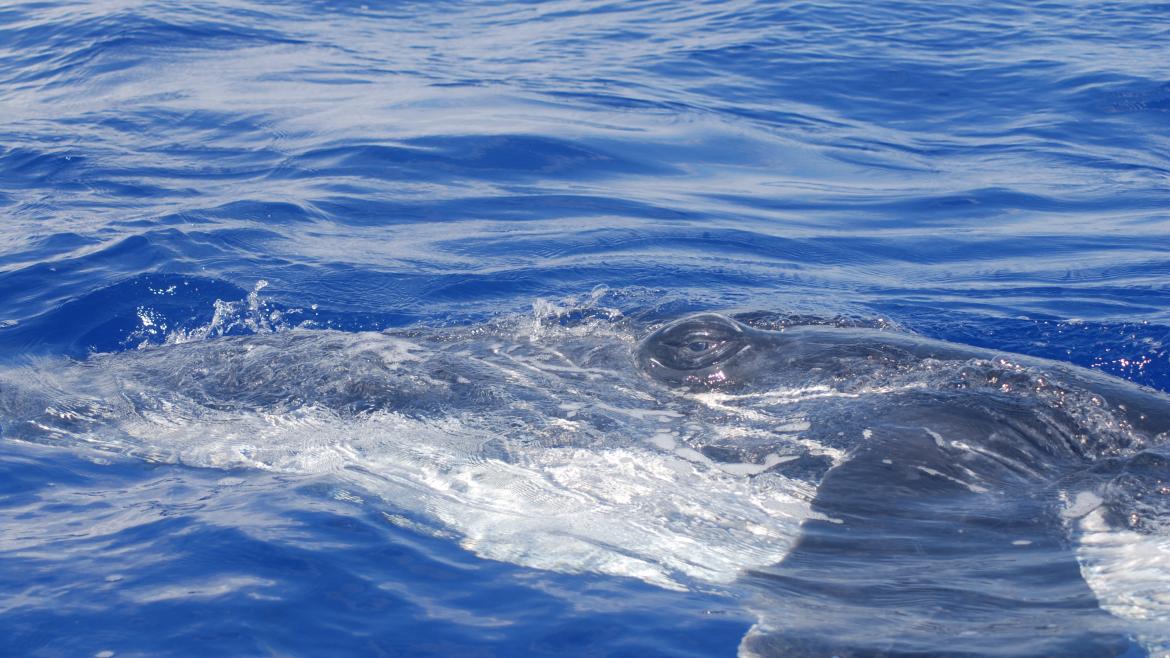 Is it time to cut a deal with Japan on whaling?

Leah Gerber, a marine conservation biologist, professor at Arizona State University’s School of Life Sciences and founding director of ASU’s Center for Biodiversity Outcomes, floated the idea of a compromise in the September issue of scientific journal Frontiers in Ecology and the Environment.

Rebounding whale populations, the predominance of other threats, and stubborn stakeholders make the moratorium a “failed management system,” Gerber said. The past 30 years of the International Whaling Commission’s conversation has been stalled by disagreement on the ethics of killing whales. 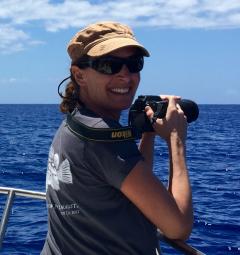 “It really boils down to an ethical argument: that it’s not right to kill a whale,” said Gerber (pictured left). “Personally I don’t like the idea of killing a whale, but that’s my value, and other people have other values. Insisting on our values in discussions about whaling has resulted in a global stalemate.”

Changing course and allowing Iceland, Japan and Norway to legally hunt under regulations and monitoring might break the current stalemate. Currently Japan whales under a loophole allowing for scientific research. The other two countries hunt whales commercially in protest of the ban.

“If our common goal is a healthy and sustainable population of whales, let’s find a way to develop strategies that achieve that,” Gerber said. “That may involve agreeing to a small level of take. That would certainly be a reduced take to what’s happening now.”

Since the moratorium was declared in 1982 and begun in 1985, whale populations have rebounded across the board, Gerber said.

“Overall the whaling that’s happening is not threatening any population,” she said.

“With the exception of the J stock (a population that lives in the East China Sea, the Sea of Japan and the Yellow Sea) of minke whales, current levels of take are fairly sustainable.”

The appetite for whale meat has been on the decline in Japan. An April 2014 poll by Asahi Shimbun, Japan’s newspaper of record, revealed that 14 percent of respondents occasionally or rarely ate whale meat. (Thirty-seven percent said they never ate it.) Consumption in Japan peaked in the 1960s and has steadily decreased; today, whale-meat consumption is about 1 percent of its peak, according to the International Fund for Animal Welfare.

The Japanese have argued that it’s part of their cultural heritage. They also call American protests hypocritical because Alaskan Inuit tribe members hunt whales every year. 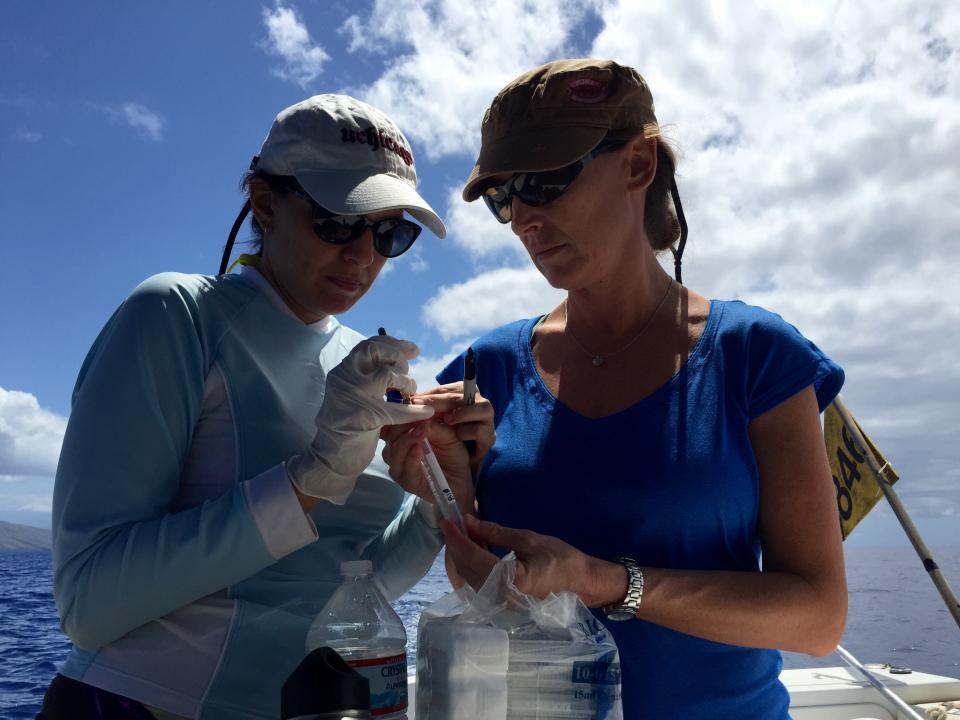 Leah Gerber (right) and one of her doctoral students, Yaiyr Astudillo-Scalia, process a biopsy sample from a humpback whale, collected last March off the west coast of Maui, Hawaii, for better understanding mating behavior of humpbacks based on hormone analyses of the samples. Photos courtesy Leah Gerber

Norwegians have eaten whale meat since medieval times, but that habit has slowed in more recent times. Whale was served in school cafeterias and as military rations during the 1970s and 1980s, making it the mystery meat for a generation who won’t touch it anymore. It’s seen as something your grandparents ate. (Oddly, it’s enjoying a renaissance among young Norwegian foodies.)

The 2015 catch netted about 700 tons of whale meat, while the Norwegian market won’t bear much more than 500 tons.

“Good catch is all very well, but we have challenges in the market,” Åge Eriksen, CEO of a seafood supply company, told Norwegian public broadcaster NRK last year. “We’ve got more meat on land than we can sell, and it is not a desirable situation.”

Minke whales in the Southern Hemisphere have such a large population that taking a few wouldn’t be a big deal, Gerber said.

The media perception of whaling is often that it’s evil, but there are worse threats to the whales' livelihoods, Gerber said. For instance, she said that whale mortality numbers are also driven by the mammals being hit by ships. For instance, blue whales off the coast of Long Beach, California, simply didn’t know to get out of the way of ships, according to a Stanford University study released in April. Because they are the biggest creatures in the sea, they’ve never had to avoid threats.

Bycatch entanglement, where whales are snagged in nets, and contaminants in seawater are two other serious threats.

“For most populations, whaling actually makes up a pretty small fraction (of whale deaths),” she said, pointing out that International Whaling Commission members know this. “We don’t have to agree on everything, but let’s take some baby steps.”

Violent action by animal-rights groups has not had an effect, either.

“A lot of the (non-governmental organizations) like Greenpeace and Sea Shepherd raise a lot of money in advocating for saving whales by chasing whaling vessels in the open ocean,” Gerber said. “What success has that had?”

“The animal-rights groups, on the other hand, are like, ‘Nope. My deal or nothing.’ To me, it’s not the best way to lead to change.”

A pianist, opera coach, conductor and master teacher, Kathleen Kelly is a prolific musician with wide-ranging abilities.Kelly got her start as a musician when she arrived at ASU, and, with her talents on piano, she received a bachelor’s in music and then a masters in music from the School of Music.“I stumbled into opera through my association with Lyric Opera Theatre,” says Kelly. “At the ...

Kelly got her start as a musician when she arrived at ASU, and, with her talents on piano, she received a bachelor’s in music and then a masters in music from the School of Music.

“I stumbled into opera through my association with Lyric Opera Theatre,” says Kelly. “At the time I took the accompanist position, I was doing it for tuition money in my last year of my master’s degree, and had no plans to get involved with opera long term. I didn’t know much about it and didn’t particularly like it – I was an art song lover. But the repertoire that year [“Così fan Tutte” and “Turn of the Screw”] changed my opinion, and, above all, Sylvia Debenport [associate director of the Lyric Opera Theatre from 1978–1994] changed my life; she was a truly great teacher, passionate artist, demanding leader and kind person. This practically accidental association determined the course of my life, professionally and otherwise.”

Kelly was trained in the Merola Program at the San Francisco Opera, and subsequently joined the music staff there as pianist, rehearsal conductor and prompter. She went on to serve as an assistant to James Levine at the Metropolitan Opera in New York City from 1997–2006.

Kelly was the music director of the Berkshire Opera from 2003–2008. In 2010, she was given the honor of being the first woman and the first American ever to be named director of musical studies at the Vienna State Opera. Kelly recently joined the faculty of the University of Michigan as the first coach/conductor of opera, and conducted Handel’s “Giulio Cesare in Egitto” this past March.

“I love the consolidation of so many forces, the huge and constant compromise and the chance of a powerful group experience,” says Kelly of conducting opera. “And I love the stories, and the experience of live theater when we come together and try to understand ourselves.”

Kelly will return to the Phoenix area in late September to conduct the operetta “Arizona Lady” with the Arizona Opera. She will also be creating a new adaptation of the text for that performance.

In honor of Debenport, Kelly will also hold two master classes at the ASU School of Music, both Monday, Sept. 28:

- 1–3 p.m. in Recital Hall, for the entire voice area, and open to the public

Space in the 1-3 p.m. class is available to the public on a first-come-first-served basis, so arrive early to guarantee a seat!

If you have any questions or need information, please contact Carole FitzPatrick at cfitzpa1@asu.edu.